Retailers were already navigating the biggest crisis the world has ever seen with the coronavirus pandemic, when a new crisis struck this past weekend. In major cities across the country, retailers including Target, Kroger, Walmart and others were damaged as protests over the death of George Floyd turned violent.

From wild weather to contagions, civil unrest and shootings, increasingly it seems the new norm in grocery retailing will require heightened disaster preparedness and response.

Crisis management and recovery is part of a new study from Edgewood Consulting Group in Parsippany, N.J., which conducted 25 interviews with senior level buyers, category managers, directors and VPs responsible for several departments, including perimeter and center store, at leading U.S. food, drug, mass, club and e-commerce retailers in April.

Retailers were invited to respond anonymously to Edgewood’s retail trade discovery study, which examines the qualitative side of consumer goods retailing during the COVID-19 crisis. Specifically, how do retailers feel? What are their priorities? What lessons have they learned or do they want to learn? What help do they want most?

“We were talking to retailers to get a pulse, and we learned more than we bargained for,” said Israel Rodriguez Jr., a principal and co-founder of Edgewood. “Retailers don’t ever want to be caught in a pandemic, blackout, cyber attack or other crisis without being prepared.” 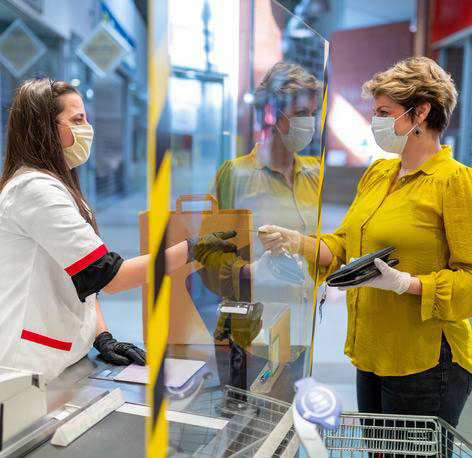 Edgewood will host two webinars based on its findings, entitled “Navigating Uncertainty in a Post-COVID-19 World:  A Call to Action for CPG Manufacturers and Retailers.” The first will be held June 4, followed by a second webinar on June 9. Register here.

While Edgewood’s probe found that retailers have learned valuable lessons during the pandemic, it also revealed that they have more questions than answers. As such, they are seeking collaborative partners and thought leaders with actionable insights, as well as strategies and programs to help navigate uncertainty and steer the way to recovery.

When Edgewood asked retailers what the next phases will be like and when they will begin, the most common response was understandably, “I don’t know.” Too many unanswered questions remain as the world moves through a pandemic unlike any other.

In the short term, retailers described the challenges they need to address in the coming months. According to Edgewood’s probe, retailers' top three immediate priorities are recovering lost traffic/trips and/or retaining trips and new shoppers; recovering product supply and eliminating out-of-stocks; and thought leadership to help with near- and long-term recovery.

1. Look forward, not backward. “Designing a store for crisis is a great example of what not to do,” said Rodriguez. “You don’t want to plan a store of the future with crisis mode in mind.”

2. Aim before you shoot. Strategy is as much about what you choose not to do as what you choose to do. Assessment helps you choose wisely. Prepare and have a well-thought-out game plan supported by the metrics and knowledge to enable the right game-time adjustments.

3. Advantages of a phased approach. For the long climb back to recovery, Rodriguez recommends breaking each challenge into phases as the priorities change with each phase, and the strategy and tactical effectiveness of a retailer’s efforts and investments will likewise change in each phase along the way. Priorities, challenges, objectives and measures of success change by phase as brands and retailers progress from crisis mode to recovery and into to new non-normal phases, he explained.

Prepared for What's Next

From struggling to managing out-of-stocks with systems designed for efficiency rather than flexibility and straining to meet the explosive demand for online ordering, delivery and curbside pickup, retailers were not prepared for a pandemic of COVID-19 magnitude. “My only wish is that if we were better prepared and better equipped, we could service our customers,” a retailer told Edgewood.

Retailers responding to Edgewood’s probe admitted that they were caught unprepared for this crisis. “They waited for leadership and when direction came, it came too slowly,” said Rodriguez, who added that retailers are eager to proactively prepare for the next crises.

To execute crisis plans effectively, organizations need to do more than develop plans. They need to find, train and empower leadership from headquarters to store level, Edgewood advised. Equip team members with playbooks, practice and training that allows them to adjust on the fly and support them with a culture of empowerment.

“Recovery will be a tall order,” said a retailer in Edgewood’s probe. “[We] need help from every part of the industry. We can’t do this alone.”

“Now more than ever,” said Rodriguez, “retailers are eager for actionable insights and thought leadership from trusted suppliers, manufacturers and consultants who can tailor them to their needs.”