Interest in the rapidly disrupting world of food retail gave birth to the Groceryshop conference a year ago, and interest remains high for an encore. Officials expect more than 3,000 attendees when the second conference begins Sept. 15 in Las Vegas, up from 2,220 a year ago.

In this WGB exclusive interview, Zia Daniell Wigder, chief content officer for Shoptalk and the co-founder of its Groceryshop spinoff, says the expanded interest indicates the industry's desire for a more in-depth look at the technologies that are both changing consumer habits and creating the potential for a new prosperity among retailers, while gathering in cohorts from a wider range of product categories than ever before. What follows are excerpts from the interview.

WGB: The first Groceryshop conference drew 2,200 attendees and 400 exhibitors, which was pretty strong for a first-time event. What in your opinion was behind the initial interest?

Zia Daniell Wigder: The biggest reason is we are on the cusp of such massive change within grocery, and there are so many players who know that the industry is shifting and are tying to figure out what their role will be going forward and how their business in particular needs to prep for the shift. 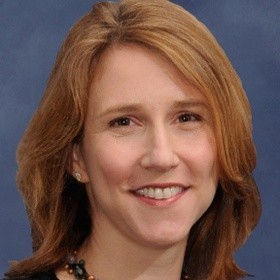 We all know that grocery is the largest category in retail outside automotive, but the one that has one of the lowest digital penetration—a very small percentage of sales are being conducted online today in comparison to other categories in U.S. retail, and in comparison to other international markets [such as] the U.K., China or South Korea.

So I think every business in the grocery industry, food and nonfood, is about to go through a massive change driven by advances in technology and also a shift in consumer preferences. And those two things converging put us at a point where Groceryshop is very relevant and needed.

What will be different in year two?

It'll be a larger event than the first one was. We expect more people. We also have an expanded number of categories represented. So where in year one we had a lot people representing the food side, we are also working to ensure we have other categories, including beauty and personal care, on the agenda and in the attendee base as well.

How do you see the contours of the discussion changing? Some things we heard about maybe for the first time at last year’s show, six months later we’re seeing them in stores.What will discussed this year?

I think there will be discussion of some the same topics as last year but the discussion will be broader and more in-depth around grocery tech. We’ve seen an explosion in the number of companies in this space. At Shoptalk this year, we saw a lot more interest in the technology sessions than we ever had in the past years and I think we’ll see the same in Groceryshop. People are very interested in the emerging grocery technologies and emerging food technologies because there’s so much potential for change in this industry. Frankly, there hadn't been the same investment in grocery technology than there had in other retail categories, and you’re going to start to see this change.

Do you see general themes emerging among companies on where they ought to invest? What is the retailer most interested in improving?

I think everyone is focused on the store experience and what that’s going to look like going forward. So in the same way you’ve seen "experiential retail" become a common term within retail, you will see grocery stores also looking to integrate experience. I think you’ll start to see store layouts changing, for example.

One of the biggest things that have changed across every part of the industry is a greater interest in health and wellness. The consumer is looking for more healthy and natural products, and greater transparency from the brands they buy. That’s not unique in the U.S., either: It’s a huge topic in Brazil and China and Europe. Any large retailer that’s not thinking about this today is misguided, because it’s going to touch their customers.

So how do you see health and wellness clicking in with technology?

You’re starting to see a number of direct-to-consumer brands that have emerged, creating products that are more in-line with consumer preferences today. And those brands are coming to market much faster because of the technologies available to them today.

It would have been extremely difficult 20 years ago for the brands to create business and to market to shoppers in the way that they can right now.  Technology is enabling innovation in a way we haven’t seen before. That’s putting pressure on larger food companies to innovate because the startups can do it incredibly quickly—a pace that’s difficult to match in other organizations. It’s forcing companies to think about acquisitions and partnerships, and about how they themselves think about innovation.

There’s a lot of debate going on in the background with robots in retail. During the Stop & Shop strike, for example, the Marty robot became a symbol of worker anxiety. How do you see Groceryshop being able to address those kinds of questions?

Certainly, robotics and automation was one of the hottest topics at Shoptalk this year and we expect it will be at Groceryshop. Virtually every large retailer is thinking about automation and what it’s going to mean for their business.

There is worker anxiety around what’s going to happen with robots. I think that’s a very real shift. At the same time, a lot of organizations are shifting to using their employees to facilitate more personalized interactions with shoppers to create a much better in-store experience. [Workers] may not be doing the same things they did before. They may no longer need to check inventory across the store but they may be greeting shoppers. They may be helping them with their unique needs and understanding how the store can serve them. It means shifting roles, but it certainly does not mean all the human roles will be eliminated.

We talk a lot about being on the cusp of massive change, but the change is already underway, isn’t it?

We are in the midst of massive change. But as [Shoptalk founder] Anil [Aggerwal] always says, people overestimate what can be achieved in the short term and underestimate what can be achieved in the long term. You look around and see all of these things happening and you think, "Boy, everything is changing." But when you look ahead 10 years, we’re going to be in a place where I don’t think any of imagined we would be.