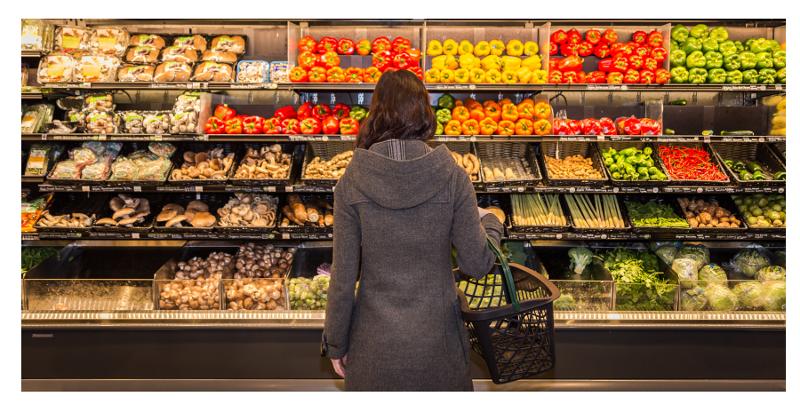 As they lap the extraordinary effects of the COVID pandemic, product manufacturers have a brighter outlook for growing dollar sales than their grocery retail partners, a new survey indicates.

At least part of that relates to an intention among many manufacturers to increase their prices between 5% and 10% this year, according to the survey of brands and retailers from Advantage Sales’ SMARTeam, the consumer insights group of the sales agency. Manufacturers also say those increases are likely to be accompanied by higher trade and marketing spend than a year ago, with an emphasis on digital likely to get the most attention.

Nearly half of manufacturers surveyed plan to increase prices, with most of those increases planned for the first half of 2021, the survey revealed. Manufacturers cite the cost of raw materials, production and distribution costs, and COVID-related costs as reasons behind the increase. Nearly three-fourths of those planning to raise prices expect to bump them up between 5% and 10%.

Nearly half of retailers, in the meantime, said they intended to reduce assortments this year as they recover from supply-chain disruption related to the pandemic. Two-thirds of them report they’ll cut assortment by 5% to 10% this year. 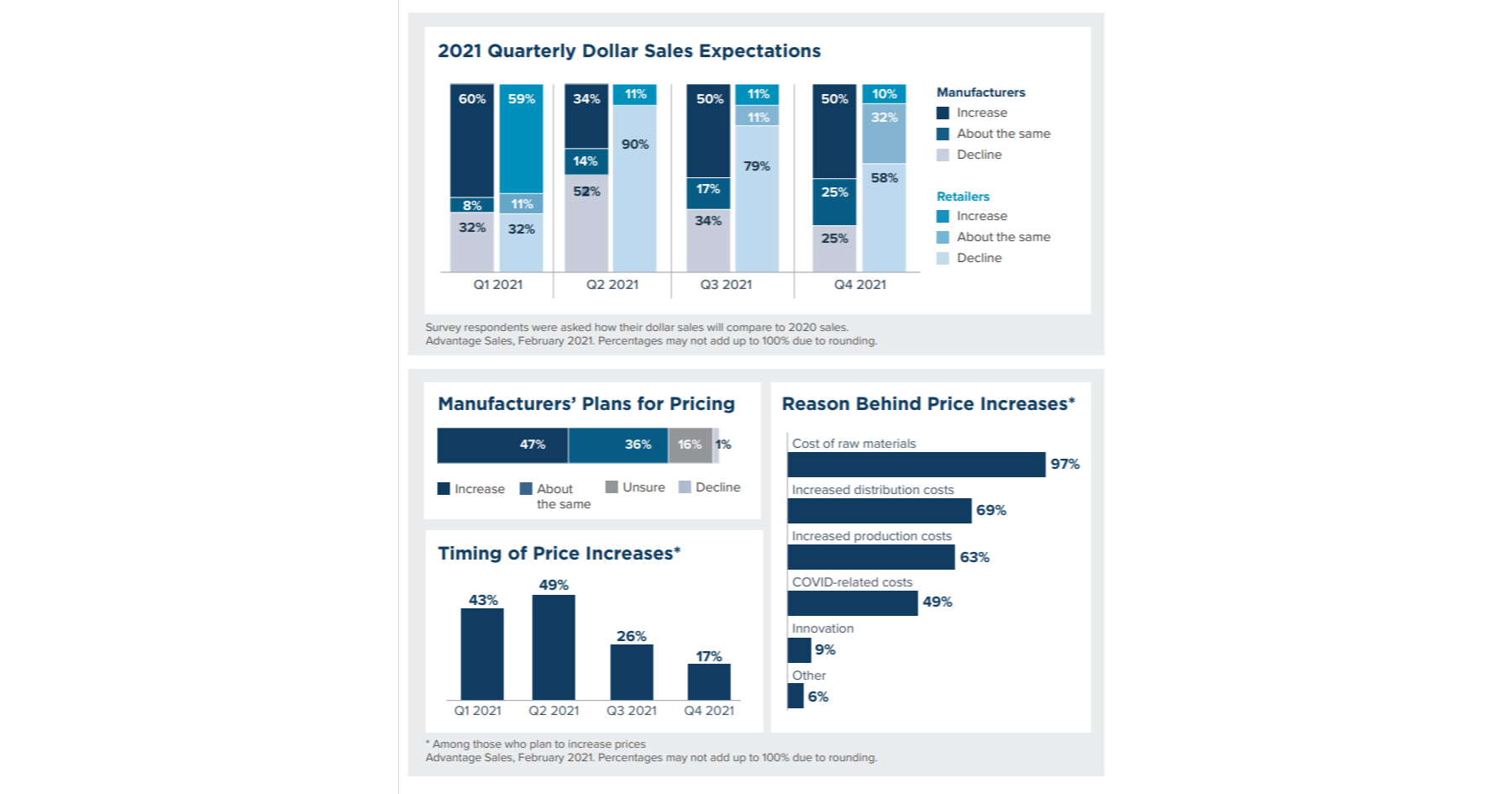 A differing outlook on dollar sales growth for the year indicates retailers and manufacturers should align their expectations now, an Advantage Sales survey said.

The survey was based on responses from 78 consumer packaged goods manufacturers and 21 grocery retailers to online surveys conducted Feb. 1 and Feb. 16.

Retailers and, to a lesser degree, manufacturers are forecasting sales declines in the current quarter—impacted a year ago by unprecedented stock-up as the pandemic arrived in the U.S.—but they differ primarily in their outlook for the dollar sales over the course of the year. Ninety percent of retailers and about half of manufacturers expect sales declines in the second quarter relative to 2020’s pandemic-fueled results. Most retailers don’t foresee year-over-year increases for the rest of 2021, while most manufacturers anticipate sales to level off or grow in the second half of the year compared to 2020 results.

Retailers expecting net sales declines and absorbing rising prices may ask for incremental funding to drive sales in the second half of the year, Advantage noted. It recommended that retailers and manufacturers align their expectations in the first half of 2021 on plans for the rest of year, given they have different sales forecasts.

If manufacturers plan to increase prices, they should consider doing this in the first half of 2021, Advantage added, noting it may be challenging to take price increases after COVID-fueled growth slows, shares stabilize and there is a return to normal.

Asked to select where they anticipate trade funds being most efficiently spent, nearly 70% selected “shift to digital” and more than half pointed to “retailer promotional events.”

Whether they are increasing their marketing funds or not, 9 in 10 plan to spend more marketing dollars on digital this year compared to last year’s investment. One-fifth of manufacturers surveyed say they’ll pay for increases in digital spending in part through incremental funding.