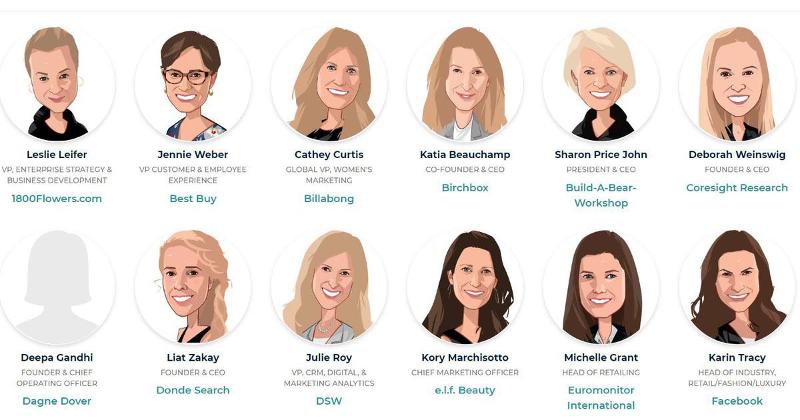 In a move that aims to address the underrepresentation of women in the executive ranks of business and the retail industry, Shoptalk has taken the bold step of slating its entire speaker lineup—including 225 main stage keynotes, track speakers, interviewers and moderators—with women for its 2020 event.

Recognized for its innovative event format and energizing vibe, Shoptalk’s fifth annual event will be held March 22-25 at Mandalay Bay in Las Vegas.

“At Shoptalk we always strive to be a catalyst for the positive transformation of retail—we have also, from the very beginning, been a huge advocate for women in our industry,” Zia Daniell Wigder, Shoptalk’s chief global content officer, said in a press release. “We’ve seen women founding companies, driving startups forward and rising through the ranks at brands, retailers and tech companies, yet progress has remained woefully slow. This is simply unacceptable and untenable.”

To underscore its decision for an all-women speaker lineup, Shoptalk cited national statistics that find while there are now more college-educated women than men in the workforce, the percentage of S&P 500 companies led by women still remains at just 5%.

“Speaker gender parity in 2020 would have been relatively easy, but it would not have shifted the dialogue in the way that we have done consistently,” said Simran Rekhi Aggarwal, founder and president of the New York-based Shoptalk. “Is this all-female speaker approach extreme? Absolutely, but we think extreme problems require extreme solutions.”

Beginning in 2021, Shoptalk will institute a 50/50 male/female speaker ratio for all of its future events.

“We have always worked hard to do the right thing, no matter how difficult or inconvenient that might be,” said Caroline Farley, Shoptalk’s chief growth officer. “We’ve always set new standards for the industry, and we are setting a new standard again. Incremental change just won’t get us there.”

Shoptalk said its “groundbreaking” move is a first for a large-scale event designed to showcase “many incredibly talented women who are working to transform retail in every way.”