CPG veteran Tim Richerson has been named the new CEO of Tabs Analytics, while founder and current CEO Kurt Jetta moves to an executive chairman role of the Shelton, Conn.-based company.

“Since I started Tabs in 1998, I have always had ambitious goals for the company, given the number of innovative analytics services that we offer,” Jetta said in a statement. “As we now have more than 100 clients and 30 employees, it has become obvious that we need an executive of Tim’s caliber to take the reins and accelerate the growth that I think our company is capable of achieving.” 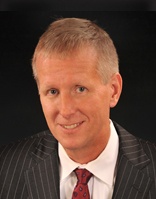 With a 30-year career in the CPG market, Richerson is a seasoned executive with a successful track record building and monetizing shareholder value through acquisitions, divestitures and licensing deals. Most recently, he served as CEO of JM Global Holding Co., where he led the $92 million acquisition of China Sunlong Environmental Technologies. Richerson also was managing director and co-founder of the Alan James Group, which owned and distributed vitamin supplements in more than 30,000 retail outlets, and  CEO of Interleukin Genetics, which acquired the Alan James Group. Earlier in his career, he was president of Rexall Sundown, a leading vitamin, sports nutrition and diet company that was acquired by Royal Numico for $1.8 billion. 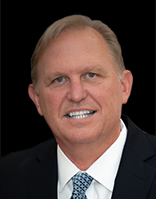 In his role at Tabs Analytics, Richerson will focus on growing the company organically, as well as executing on its acquisition strategy. He will also be responsible for ensuring that the company organization is in place to handle accelerated growth.

“I have known and worked with Kurt and several of the other Tabs consultants for more than 20 years, so I know the high quality of work they provide,” Richerson said. “I have had the chance to meet many others on the TABS team, and I have reviewed the current product offerings. I am confident that we can achieve Dr. Jetta’s objective of accelerating growth and profitability. I am excited to get started.”

Tabs describes itself as a technology-enabled analytics firm focused on simplifying how analytics are conducted in the consumer products industry.