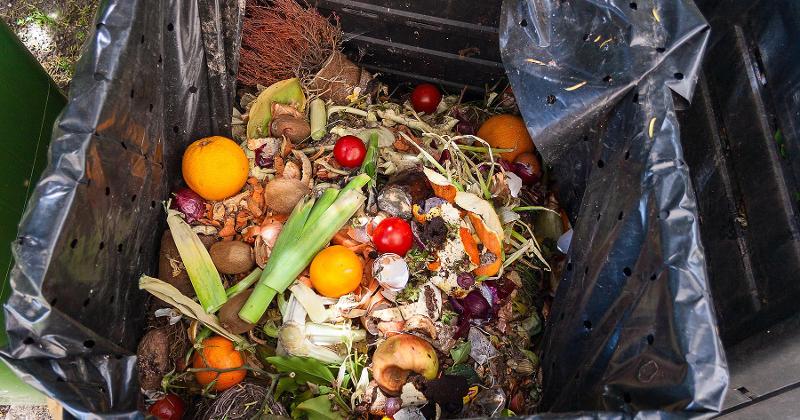 The onus is on the grocery industry to play a bigger part in helping to combat food waste.

Transparency and sustainability have been buzzwords in our industry for the past few years, and more and more consumers actively seek out these attributes in the food they purchase and eat. Retailers and manufacturers alike have taken notice and acted accordingly, through greater visibility in where the product was grown or raised, the way it was produced, and perhaps a narrative on the company’s practices.

Transparency and sustainability, however, stretch beyond just the product itself. It affects the entire supply chain and lifespan of the food we purchase and consume. And consumers are not just attentive to the products they purchase but also what happens to food that isn’t purchased or nears or surpasses its expiration date.

Here are two sobering statistics from the Food and Agriculture Organization of the United Nations:

We can do better. As purveyors of food—and especially fresh and perishable food sold in our perimeter departments—our industry can certainly play a part in helping to reduce the amount of food that isn’t purchased or nears or surpasses its expiration date.

A collation of major retailers—including Kroger, Walmart, Ahold Delhaize and Tesco—recently announced their participation in 10x20x30, a new global initiative with a goal of reducing the amount of food waste by 50% by 2030. As part of this endeavor, retailers will be exploring ways to curtail the amount of food discarded. Ahold Delhaize, for example, is focusing on improved store-ordering processes and working with community groups to donate unsold food for those in need.

As members of the coalition are demonstrating, there are ways for all retailers and manufacturers—regardless of their size or number of stores they operate—to help. Here are a few ideas:

Taking a proactive role in reducing food waste can also have a positive impact on food security, which the United Nation’s Committee on World Food Security defines as “all people, at all times, have physical, social and economic access to sufficient, safe and nutritious food that meets their food preferences and dietary needs for an active and healthy life.” And although most individuals in the United States are food secure, 11.1% (14.3 million) of households were food insecure at some point in 2018, according to the U.S. Department of Agriculture.

The International Dairy Deli Bakery Association (IDDBA) has been active in helping reduce food waste. Those familiar with IDDBA know that we conduct one of the largest trade shows in the retail food industry. And as one can imagine, there is a substantial amount of packaged food that goes unused in our exhibitors’ booths. Since 2002, we’ve partnered with local food banks in host cities to donate unused products following the close of our show. To date, we’ve donated more than 2.2 million pounds of food.

Food waste is an issue that not’s going away; in fact, it’s increasing. Let’s do our part as food sellers and manufacturers in reducing food waste in the communities we serve. We play an instrumental role in helping feed the world and insuring food security for all.

Mike Eardley is president and CEO of the International Dairy Deli Bakery Association.