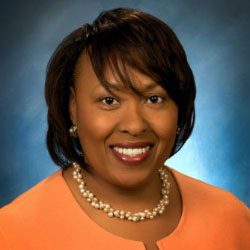 The appointment, which took effect Jan. 14, adds large-scale supply chain expertise to the existing board in areas that advance UNFI’s long-term strategic objectives, the Providence, R.I.-based wholesaler said in a release.

“Gloria’s extensive experience leading operational transformation at global companies, coupled with her leading-edge, future-focused logistics and supply chain knowledge, make her a valuable addition to our board,” said Steven Spinner, UNFI chairman and CEO, in a release. “UNFI will continue to strategically invest in our distribution network, operations and logistics capabilities to further enhance our ability to best serve our retail customers. Gloria’s knowledge will be a tremendous benefit in helping guide these efforts.”

Boyland is currently a strategic adviser for Aurora Technologies LLC, a position she has held since June 2020. Prior to that, she was staff VP and corporate VP for FedEx Corp. Boyland has also held leadership positions in various functions at GE Capital Corp. and practiced for eight years as a commercial transactions and investment attorney at GE.

Boyland currently serves on the boards of directors of Chesapeake Energy Corp. and Vontier Corp. In 2016, she was appointed to the U.S. Department of Transportation Advisory Committee on Automation in Transportation.

UNFI directors serve one-year terms. In the past two years, UNFI has brought on three new directors in furtherance of its board refreshment objectives.