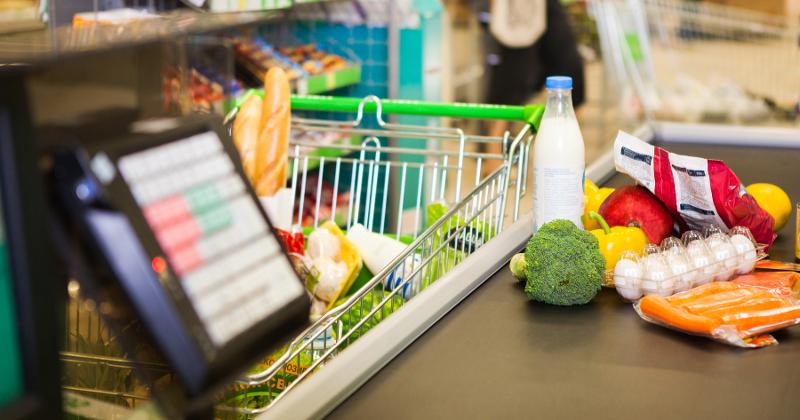 Americans are more worried now about rising food prices, the economy and their own personal finances than they are about getting COVID, according to the ninth wave of dunnhumby’s Consumer Pulse Survey, conducted Jan. 25 to Feb. 8, just past the peak of the omicron-spurred rise in new cases of coronavirus.

The two-year worldwide study of the impact of COVID-19 on customer attitudes and behavior across 23 countries also found that U.S. consumers believe food inflation to be higher than it is, with those surveyed reporting the rate stands at 17.7%, when it actually is 7.4%, according to U.S. Bureau of Labor Statistics.

“Americans’ belief that food prices are rising more than twice as fast as they actually are should concern retailers, manufacturers and the government alike,” said Grant Steadman, president of North America for dunnhumby. “We not only see this mismatch between sentiment and reality in the U.S., but also in every country we surveyed.

“We need to revise our thinking about how consumers consider inflation. Likely, we have not yet seen the full extent of how consumers will react to food price increases,” Steadman continued. “This could diverge further, particularly if the security situation in Europe worsens and further impacts energy and commodity prices globally.”

• See also, How the Invasion of Ukraine Could Impact Inflation: Q&A With FMI's Andy Harig

Because of rising prices, 51% of U.S. shoppers surveyed are concerned that their money doesn’t go as far as it used, a 10-point increase since September 2021 and a 12-percent increase since May 2020. Furthermore, 40% of consumers continue to report their own finances are weak, consistent with the prior two waves of the dunnhumby study in 2021.

The majority of U.S. consumers (58%) also believe the economy is week, a three-point increase from September 2021 and the same percentage from February 2021.

Although economic pressures have increased, dunnhumby said in its report that the percent of people using value-seeking strategies—such as shopping at stores with the lowest prices, using coupons, searching online for the best sales and buying private label when available—has not changed. In fact, fewer people (36%) in February 2022 shopped at stores with the lowest prices than in September 2021, when 55% of those surveyed used this value-seeking strategy.

The surge in cases from the omicron variant of COVID slightly reduced the number of trips consumers made to stores in late January through early February and reversed consumers’ belief from September 2021 that things were starting to return to normal, with only 19% of consumers reporting things were returning to normal in-stores vs. 24% in September, dunnhumby found.

And although the omicron variant was said to be one of the most contagious variants of the coronavirus—44% of respondents in dunnhumby’s survey said they now know someone personally who has had COVID vs. 37% in September—Americans’ worry about the pandemic is at an all-time low, at 13%. The U.S. remains in the lower half of countries that are not very worried about COVID-19, followed closely by Slovakia, Denmark, France, and China all tied at 11%. Countries that remain very worried about the pandemic include Chile (33%), Japan (31%), Brazil (29%), Portugal (27%), Malaysia (27%) and Mexico (25%).

While online shopping numbers have varied from wave to wave, it is essentially flat from where they were in May 2020, dunnhumby said.

Fifty-five percent of respondents made at least one online shopping trip during the week they were surveyed in February, up 17% since March 2020. Consumers also reported they make an average of one trip per week using click-and-collect, making that channel as popular as delivery.

Satisfaction with these e-commerce channels, however, remains low. Only 36% of U.S. consumers surveyed were satisfied with the online shopping (with delivery), but only two countries were above the U.S. in this metric: Norway at 40% and Czechia at 37%.

Dunnhumby notes that it has seen satisfaction for both in-store and online shopping “go in opposite directions of how well people feel retailers are dealing with the virus,” it said in the report.

For the nine waves of this study, dunnhumby surveyed 64,827 respondents online in 23 countries. Approximately 400 individuals were interviewed in each country for each wave of the study, and respondents were roughly 60% female and 40% male.