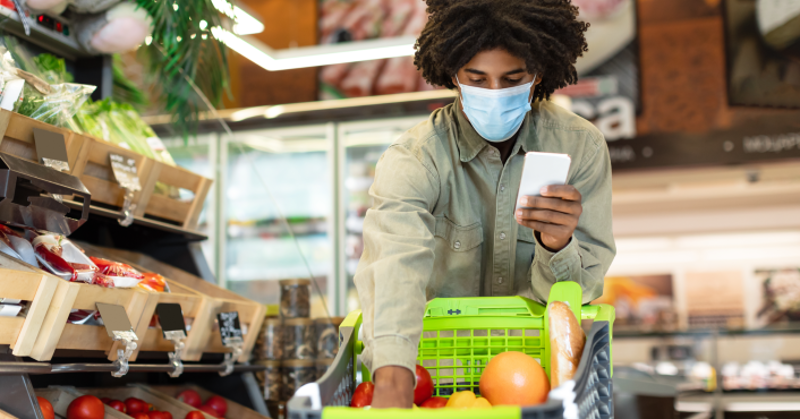 A new reading on consumer confidence shows U.S. consumers felt a little bit better about economic conditions in August, with The Conference Board reporting Tuesday that its Consumer Confidence Index rose this month after three straight months of declines.

Consumers' assessment of the current economic climate and their outlook for six months hence both improved in August, the New York-based not-for-profit research firm reported. The Conference Board's Present Situation Index saw a gain for the first time since March, noted Conference Board Senior Director Lynn Franco, rising to 145.4 from 139.7. The improvement echoed findings from the University of Michigan's final August reading of consumer sentiment late last week; survey director Joanne Hsu said August's boost in sentiment "can be attributed to the recent deceleration in inflation."

Still, consumers' overall view of the U.S. economic landscape can be summed up as "better but not great," The Conference Board suggested, with Americans' near-term economic expectations in August still lagging behind their view of current conditions. The board's Expectations Index rose to 75.1 from 65.6 but still fell below a threshold reading of 80, indicating that consumers still perceive recession risks on the horizon.

Everyday Americans aren't the only ones expressing wariness, either: On Monday, a survey from Deloitte found 46% of 112 CFOs polled in a recent survey saying they believe the North American economy will be in a recession by the start of 2023, with financial chiefs significantly lowering their growth expectations for wages/salaries and hiring for the first time since the second quarter of 2020.

Uncertainty about the direction of consumer prices—gas prices fell in July, but food-at-home inflation hit another four-decade-plus high of 13.1%—may have tempered consumers' outlook in August. "Concerns about inflation continued their retreat but remained elevated," Franco said in a statement. "Looking ahead, August’s improvement in confidence may help support spending, but inflation and additional [interest] rate hikes still pose risks to economic growth in the short term."

While consumers' view of current business conditions was moderately rosier than in July—with 19.2% of consumers in August saying current business conditions are good, up from 16.3% who said the same last month—their analysis of the labor market was mixed. The share of consumers who said jobs are "plentiful" slid slightly in August, to 48% from 49.2%, though the percentage who said jobs are "hard to get" declined, too, to 11.4% from 12.4%. Looking six months out, U.S. consumers were more likely to see the number of available jobs shrinking than growing—though, again, they showed slightly more optimism than in July, with 19.3% expecting fewer jobs to be available by early next year, vs. 21.1% who said the same last month.

Retailers are acutely aware of consumers' concerns about the country's economic footing heading toward the close of the year. Walmart, whose CEO Doug McMillon said two weeks ago that the company is seeing more mid- and higher-income consumers shopping at Walmart "looking for value," (Dollar General's and Dollar Tree's respective CEOs said the same last week) touted its selection of toys priced under $25 in releasing its holiday 2022 Top Toy List on Tuesday. And turkey pro Butterball said that 87% of those planning to host a Thanksgiving celebration this year are concerned about higher prices at the grocery store this year, with most planning to hunt for deals for their holiday meal.