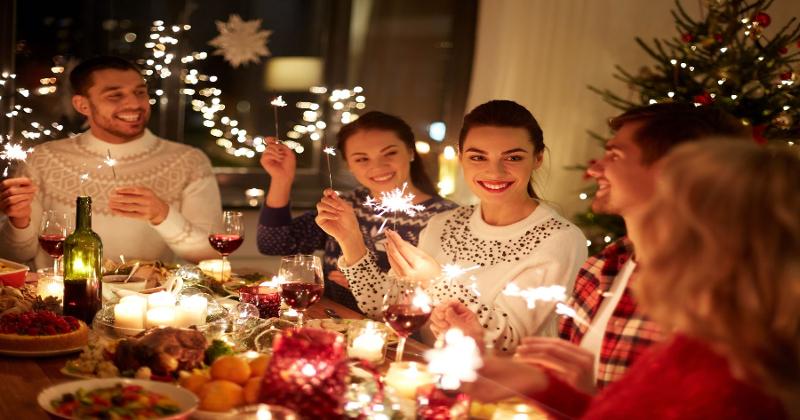 As Christmas approaches and 2022 is coming to a close, many consumers will be enjoying time with their family, friends and their favorite treats—especially the treats, according to a recent survey from data and research company Numerator.

Nine in 10 consumers will purchase food, beverages and party supplies, but desserts and sweets are at the top of their grocery lists. Sixty-one percent of consumers said they are going to stock up on desserts and sweets, and 50% said they would stock up on snacks. Food and supplies, particularly main courses and side dishes, will most likely be purchased by older generations vs. younger generations. Of those surveyed, 59% plan to cook or bake, compared to 58% last year.

But don’t expect consumers to go overboard with food preparation, as many are opting for easy-to-prepare food items for Christmas this year. While most people said they are willing to put forth a “medium” amount of effort (meaning preparing items with multiple ingredients, or preparing items that take an hour or so) to make certain dishes, more than half would rather buy snacks and salads with little-to-no preparation. Many consumers surveyed said they would make a medium-preparation effort for the main course (48%), side dishes (50%), desserts or sweets (45%), and appetizers or starters (46%).

Inflation will have a moderate to significant impact on more than half of shoppers, with 64% saying they will look for ways to save money on the items they buy. Spending this year vs. past years will be about the same, according to 52% of those surveyed, and about 41% expect to spend between $50-$150 on Christmas celebrations this year (excluding gifts), while only 18% said they plan on spending $300 or more.

As far as New Year’s Eve celebrations to ring in 2023, celebrating at home with immediate family and household members continues to be the festivity of choice (47% of consumers brought in the new year at home with family last year; and 47% plan on doing the same this year). However, house parties, bars and restaurants will experience an increase in activity this year, according to the survey.