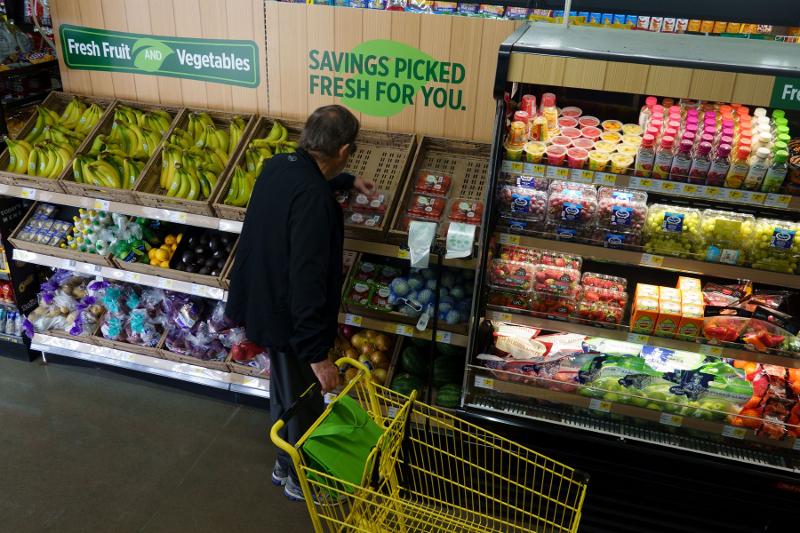 Sales of fresh and frozen foods grew faster than any other Dollar General department during the first half of 2022, the discounter revealed late last week.

And the Goodlettsville, Tennessee-based retailer is investing plenty of capital to keep growing its perishables program.

These moves come amid record food-at-home inflation, as even discount retailers are seeing interest from higher-income shoppers, while lower-income consumers are increasingly trading down. Those forces are bringing more people into dollar stores, looking for low prices on their weekly groceries.

“Renewed consumables momentum is a good indicator for our continued long-term health of the Dollar Tree banner,” CEO Michael Witynski told analysts Thursday, noting that the last time sales of food and drink were so strong was during the early days of the pandemic in 2020. “Tests of multi-price frozen foods are driving exceptional sales productivity as the new offering is delivery tremendous value and meeting family portion needs such as frozen meals, pizza and ice cream.”

And Family Dollar, which Dollar Tree has worked to strengthen since acquiring it in 2015, is in the midst of lowering prices to become more competitive with value-seeking shoppers. Family Dollar’s margins fell 140 basis points during the period, to 24.7%, compared to 26.1% a year ago, but executives said it’s worth it.

“We believe this is a necessary action to provide the right value proposition and a foundational step to improve Family Dollar long term and that it will pay off handsomely,” Dollar Tree Executive Chairman Richard Dreiling told analysts.

As Walmart executives noted earlier this month, inflation is changing consumer habits, causing many to trade down or seek out store brands.

That means some people may be seeking out dollar store groceries for the first time.

“In this inflationary environment, we think it’s a perfect time to really change the customer’s perception and what they’re seeing in our stores because we’re getting new customers and new eyes in our stores,” Witnyski said. “And our existing customers, they’re feeling pressured like they never have before … Our customers are relying on our stores to meet their budget goals.”

Dollar General is pushing forward with the DG Fresh initiative it rolled out chainwide last year. The retailer is now self-distributing refrigerated and frozen goods to nearly 19,000 stores from 12 warehouses.

The retailer is turning its attention to fresh produce, which is currently sold at more than 2,700 stores, with plans to offer it at more than 3,000 locations by the end of the year. Eventually, 10,000 Dollar Generals could sell fresh fruits and vegetables, executives said.

“Despite the meaningful improvements we have made to date as a result of DG Fresh, we believe we still have significant opportunity to drive additional returns with the initiative in the years ahead,” Dollar General COO Jeffery Owen told analysts.

Dollar General said it is seeing increased interest in its private label items as shoppers hunt for bargains during inflationary times, with the $1 price point becoming the quarter’s fastest-growing sub-category.

“We’re seeing that it is so much more important for her today than ever before to be able to feed her family toward the end of the month,” CEO Todd Vasos said of his chain’s typical shopper. “I’ve never felt better about our positioning as we are here to help that customer through probably the toughest time she’s seen in quite a while.”