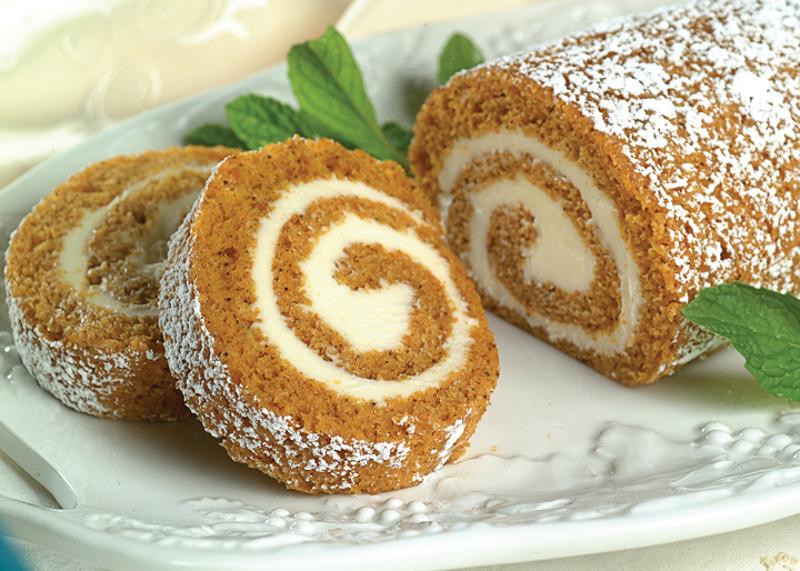 Peter Peter Pumpkin-Eater and his wife just have to be gorging themselves silly this fall.

“Pumpkin is an undeniable craze,” says Dan Reed, marketing director at Chicago Vegan Foods, based in Chicago, which is marketing Dandies All Natural Pumpkin Marshmallows this fall. “It just continues to keep going like a freight train. It is amazing how long it has been a trend.”

Pumpkin has become so popular it is now backing up into the sweltering summer days, say industry observers.

“We have seen the pumpkin season start earlier in the bakery in the last couple of years, with consumers beginning to clamor for all things pumpkin spice even before Labor Day,” says Julie Dunmire, director, marketing – U.S. Frozen at Dawn Foods, based in Jackson, Mich. “While bakery sales of pumpkin still peak in November, demand does now stretch throughout the year-end period.”

Pumpkin is an on-trend flavor for several reasons. “There is a certain nostalgia that comes from all things associated with the holidays, including the scent and flavor of pumpkin,” says Kevin McAdams, president at Schwan’s Consumer Brands, a division of The Schwan Food Co., based in Bloomington, Minn. “Also, the limited nature of this particular ingredient that is more widely found during the holiday season adds to the appeal.”

Since 2014, Schwan’s has marketed Edwards Pumpkin Crème Pie as an autumn seasonal offering. Available through Jan. 15, it features a vanilla cookie crust with ginger and cinnamon, with layers of cream cheese and pumpkin, topped with a double layer of whipped crème rosettes. “After only three months on the shelf, Edwards Pumpkin Crème Pie received high praise from consumers via phone calls directly to the company,” McAdams says.

“The pumpkin trend shows no sign of letting up,” says Laura Hardin, communications manager at Nestlé Professional, based in Solon, Ohio. Nestlé Professional markets giant cans of Libby’s Pumpkin to in-store bakeries and other foodservice departments. “The season is expanding and the uses are expanding.”

Nestlé Professional lists pumpkin recipes at nestleprofessional.com, and company officials meet with retailers and restaurateurs to make suggestions on how they can enhance their menu with pumpkin, says Kristin Minihan, marketing and business development associate at Libby’s Pumpkin.

“Pumpkin is a superfood—low in fat, an excellent source of vitamin A and a good source of fiber. Libby’s Pumpkin is non-GMO—so it is used in lots of products these days, especially in the bakery where there are muffins, scones, cakes, hummus, smoothies and parfaits,” Minihan says. “Whatever it might be, that pumpkin is always a desired flavor.”

Adds Hardin, “In foodservice you just see pumpkin expanding and expanding. In restaurants and bakeries it is always easy to find something with pumpkin in it. Even in the summer I’ve seen pumpkin risotto as a complement to an entrée.”

It is around Labor Day when pumpkin really takes off, with more and more “limited edition” pumpkin products being introduced each year. This fall, for example, the pumpkin eaters and other shoppers can toss Pumpkin Spice Cheerios into their carts.

“We are always researching flavor trends, and there is no doubt that consumers love and are looking forward to pumpkin products across so many categories this fall, and we thought it was a great fit for Cheerios,” says Susanne Prucha, director of marketing, Cheerios at General Mills, based in Minneapolis.

Unlike some products that may use an artificial flavoring, Prucha says Pumpkin Spice Cheerios contain actual pumpkin puree. “That is very important to us as we bring out these limited edition flavors,” she says. “It is a limited edition, so we anticipate it being on the shelf through December, and we are offering multiple ship windows, if in fact it does really well,” Prucha says.

“These products are well-suited at the regular shelf location, but they are particularly well-suited for seasonal end caps and lobby displays as they trigger that extra impulse box,” says Noel Geoffroy, senior vice president, marketing and innovation, U.S. Morning Foods at Kellogg Co., based in Battle Creek, Mich.

To capitalize on the pumpkin trend, for the second straight year Chicago Vegan is rolling out 10-ounce bags of its Dandies All Natural Pumpkin Marshmallows. The company first created the product four years ago as a pumpkin-shaped marshmallow and tested in it Midwest Whole Foods stores to great success.

“The demand was fantastic on it,” Reed says. “People reacted really well to the flavor and texture of it. It is unique in the natural space because there are really not any other flavored marshmallows out there, so we realized we were onto something. It not only works great in hot chocolate, but can be used as a baking ingredient too.”

Pumpkin can sell well from fall through the winter holidays, Reed says. “Unfortunately retail has a slightly different picture of that,” he says. “Pumpkin season is very finite to them. The moment Halloween and Thanksgiving pass, everything gets end-capped and marked down. The shelf space just gets taken up by other holiday things.”

Hormel Foods, based in Austin, Minn., is carving out a small slice of the pumpkin craze with Pumpkin Spice instant pudding mix, available for both private label and under its Austin Market brand, available from Oct. 1 through Dec. 31.

“Each can of Planters Pumpkin Spice Almonds includes California almonds seasoned with pumpkin and delicious spices such as cinnamon and cloves,” says Lynne Gallia, spokeswoman for Chicago-based Kraft Heinz. “Planters recently redesigned the product packaging with colorful fall graphics, which will be available primarily in Meijer, Kroger and other national chains in the snack section.”

In the freezer case, Marie Callender’s is bringing back its Pumpkin Pecan Streusel Pie. “This is a seasonal mash up of three greats—pumpkin pie, pecan topping and streusel topping—to create a tantalizing twist on a seasonal favorite just in time for the holiday season,” says Kevin Busby, brand manager for Chicago-based ConAgra Foods, maker of the Marie Callender’s brand.

“Starbucks’ successful pumpkin spice latte sparked the demand of pumpkin-flavored offerings across a wide variety of products,” says a company spokesperson. “Now it can be found in everything from snack cakes to potato chips. Tastykake’s Pumpkin Spice Mini Donuts have proven to be a very popular twist on a traditional sweet snack.”

While pumpkin is cropping up in the coffee aisle, it already is a hit in the beer case, where a bumper crop of pumpkin ales can be found from scores of manufacturers. That prompted chocolatier Pete Truby, founder of Salazon Chocolate Co. in Eldersburg, Md., to create a 72% Organic Dark Chocolate with Sea Salt & Pumpkin IPA chocolate bar, created in partnership and co-branded with fellow Maryland craft brewer Flying Dog Brewery.

“I wanted to do a fall bar and obviously pumpkin is out there and pumpkin spice, and there is the phenomenon of pumpkin beer. A pumpkin beer chocolate would really stand out,” Truby says.

Additionally,  RW Garcia, a San Jose, Calif.-based chips and crackers manufacturer, has 3-Seed Harvest Crackers, made with real pumpkin, blue corn and a healthy mix of seeds and grains.