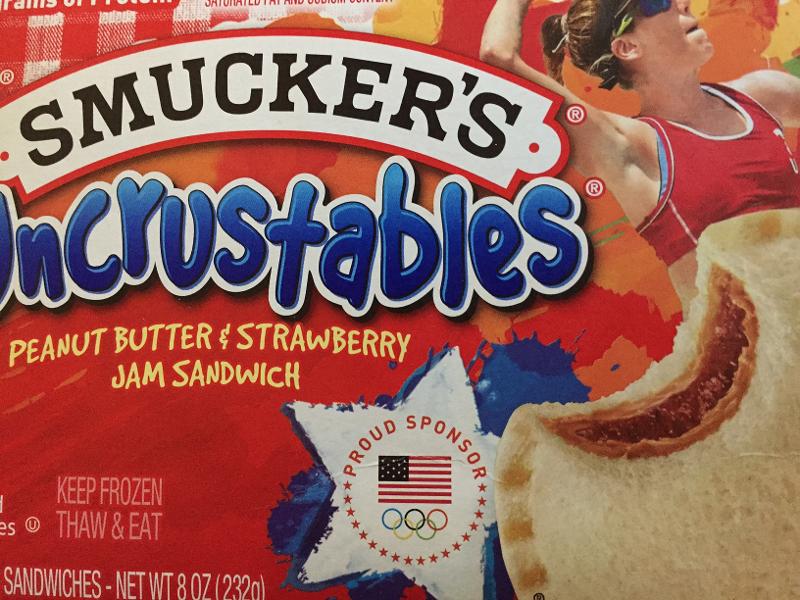 I had the pleasure of flying Delta Airlines from Newark to Atlanta for work recently. To avoid having my employer be inflicted with the price gouging charged by the airport concession stands I usually bring a snack from home on an outbound flight. My favorite has become the frozen Smucker’s Uncrustables peanut butter and jelly sandwiches.

I had packed two of them for this flight and was planning on enjoying them once I received my complimentary coach-class beverage. Sadly, however, this was not to be. Just before the service was to begin one of the flight attendants got on the P.A. system and announced: “Good morning and thank you for flying Delta. Today we will be offering a variety of Coca-Cola brand beverages, along with your choice or pretzels of cookies. Due to a passenger with a severe nut allergy we will not be offering peanuts and we request that all passengers refrain from eating any peanut products.”

I could not believe what I had just heard. The plane was packed and I was seated in Row 28 so it took a while for the beverage cart to make it back to me, but when it did I asked the flight attendant if it would be alright if I ate my Uncrustables. He looked at me quizzically. After I explained to him what an Uncrustable was he replied, “There is a passenger on board who has a very severe nut allergy. While it is just a suggestion and we can’t force you, we would ask that you please refrain from eating any nut products—otherwise we will have to be diverted and make an emergency landing.”

I asked if that emergency landing might be someplace nicer than Atlanta, like Charleston. He kind of smiled, and as a result of my charm I was able to get both a Biscoff cookie and a ½-ounce bag of pretzels for my snack.

I did hold off on eating my Uncrustables onboard and ate them in the terminal during my Atlanta layover when I could have been feasting on Chick-fil-A,Five Guys Burgers, Jersey Mike’s Subs and other goodies.

This caused me to think how society sometimes spins out of control. Will peanuts now be outlawed from ball parks and the circus? The latter is not too big a stretch since animal rights activists have already forced Ringling Bros. to retire its elephants. Will all references to George Washington Carver – who developed more than 100 uses for the peanut – be scrubbed from the history books?  Will throngs of angry villagers storm the Atlantic City Boardwalk, tear down the Mr. Peanut statue and toss him into the sea? Will Fifth Avenue street vendors face a similar fate with the Hudson for selling freshly roasted chestnuts to tourists during the Christmas—excuse me “holiday”—season? And will Johnny Mathis be locked up for singing about it?

But of even greater concern is what will happen to the supermarkets?

An increasing number of supermarkets are selling store-ground peanut butter, and some upscale ones even allow customers to grind it themselves. This could open up a whole new wave of lawsuits. Will these machines have to be shut down every time a customer with a nut allergy enters the store? Maybe they will have to be encased in a plastic dome requiring the head cashier to come with “the key” to open the door for a customer who wants to grind their own.

Also, how will this impact the all-natural peanut butter category, which is still largely packaged in glass jars. Should one fall off the shelf and shatter will the entire store have to be evacuated?

I do not mean to make light of those suffering from food and other allergies, as it is a very serious matter, but sometimes society does take things way too far. There is a restaurant down the street from our office called Gigi’s Café that has some weird smell wafting from it that literally makes me very nauseous and weak-kneed every time I walk past. I wonder if I can call up City Hall and have an ordinance passed requiring Gigi’s to keep its doors closed because it makes me sick?