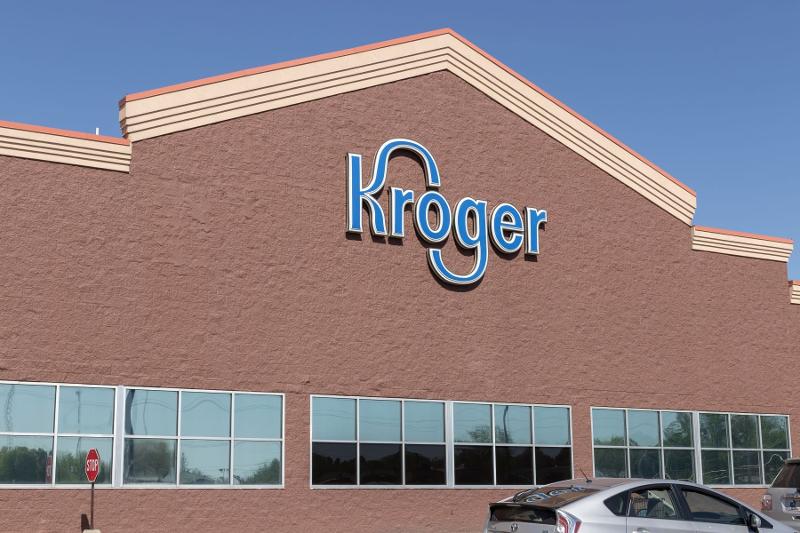 The rumors were true: Kroger and Albertsons early Friday announced a $24.6 billion merger agreement that would combine to create a grocery powerhouse.

Under the agreement, which has been approved by the boards of both retailers but is still subject to federal antitrust review, Kroger will acquire all of Albertsons stock for $34.10 per share. Kroger will assume roughly $4.7 billion in Albertsons debt.

As part of the deal, Albertsons said it is prepared to establish a subsidiary called SpinCo that would operate as a standalone public company that will operate between 100 and 375 stores that have been divested by the retailers because of overlapping operations. The move would “create a new, agile competitor with quality stores, experienced management, operational flexibility, a strong balance sheet and focused allocation of capital and resources to provide customers with continued value and quality service and associates with ongoing compelling career opportunities,” the companies said in a statement.

The companies said the deal, if approved, is expected to close in early 2024.

“We are bringing together two purpose-driven organizations to deliver superior value to cutomers, associates, communities and shareholders,” McMullen said in a statement. ““Albertsons Cos. brings a complementary footprint and operates in several parts of the country with very few or no Kroger stores. This merger advances our commitment to build a more equitable and sustainable food system by expanding our footprint into new geographies to serve more of America with fresh and affordable food and accelerates our position as a more compelling alternative to larger and non-union competitors.”

Albertsons Companies operates more than 2,200 stores in 34 states and Washington, D.C., under banners such as Safeway, Albertsons, Vons, Jewel-Osco, Tom Thumb, Shaw’s and many others. The retailer employees about 290,000 workers.

Such a large merger will likely come under antitrust scrutiny from the Federal Trade Commission (FTC), analysts said.

“This is the type of transaction that really looks good on paper, but the actual practicality of achieving regulatory approval by the FTC could be difficult,” Bloomberg Intelligence Analyst Jennifer Bartashus told Bloomberg News this week. “If you think about the store bases of the two respective entities, there is a lot of overlap in very competitive markets.”

Kroger said the deal will help it expand its portfolio of private brands, expand its tech innovation and grow its pharmacy business.

Albertsons CEO Vivek Sankaran said the merger will be successful because of the similarities between the two companies.

“Together with Kroger, our combined iconic banners will be able to provide customers with even more value and greater access to fresh food and essential pharmacy services,” Sankaran said in a statement. “Given the similarities in the culture and values at Kroger and Albertsons Cos., I am confident that the combination will also have a positive impact on our associates and the communities we are proud to serve. We look forward to working together with Kroger to capture the compelling opportunities ahead.”