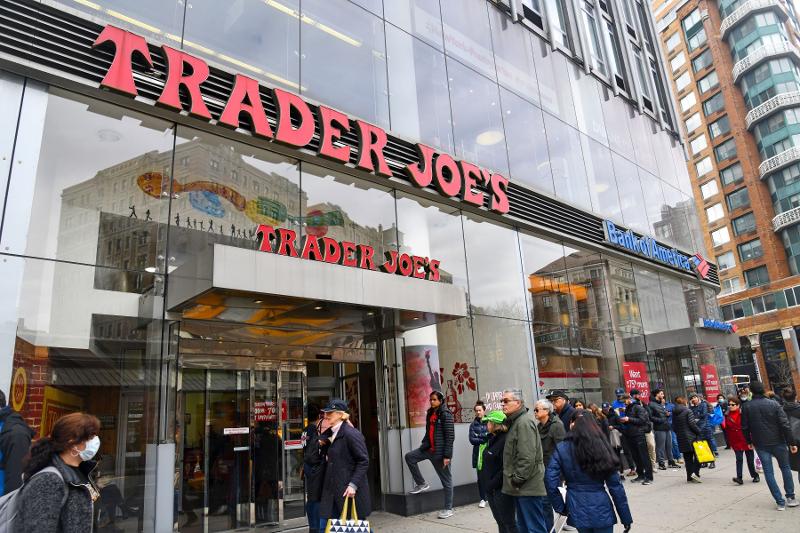 Trader Joe’s will pay more than $55,000 to settle alleged violations of Seattle labor law for 95 employees who worked overtime without hazard pay, the city’s Office of Labor Standards announced Monday.

It’s the second time in the last seven months the Monrovia, California-based grocer has settled with Seattle labor officials. In the earlier case, Trader Joe’s agreed to pay more than $44,000 to 129 employees as part of Seattle’s Secure Scheduling Ordinance.

“The GEHP ordinance, along with other emergency ordinances created during the pandemic to protect and provide much-needed relief for front-line workers, are phasing out, but certain requirements of the GEHP ordinance still apply for up to three years,” Office of Labor Standards Director Steven Marchese said in a statement.

In Seattle, employers must provide a notice of rights to workers until next Sept. 2, and employees have until September 2025 to report any employers who failed to pay hazard pay between Feb. 3, 2021, and Sept. 2 of this year, the Office of Labor Standards said.

Trader Joe’s did not immediately respond to a WGB request to comment on the settlement.

“Seeing the people I worked so hard with during the pandemic finally get rewarded for their efforts is a weight lifted,” Devin Riley, a former Trader Joe’s employee, said in a statement from Seattle’s Office of Labor Standards.

The new settlement resolves claims for back wages, interest, liquidated damages and civil penalties to eligible Trader Joe’s employees who allegedly did not receive hazard pay for overtime work between Feb. 3, 2021, and Sept. 2 of this year, the agency said.

On Monday, the independent Trader Joe’s union, Trader Joe’s United, reported on Twitter that the group had just completed its second bargaining session with the grocer.

Much of the discussion centered on a 401k bonus benefit and anti-discrimination issues, including giving workers the right to wear pins designating their pronouns that are larger than one inch in diameter, the union said.

The union said it won receipt of a 401k benefit and that Trader Joe’s is proposing pronoun pins that are 1.5 inches in diameter. The union contends that those pins are still too small to be read by customers.

“This session proved that we need a contract,” Trader Joe’s United said on Twitter. “And that TJ’s is committed to drawing the process out. If they think they’re going to wear us down, they’re wrong.”

Trader Joe’s, which operates more than 500 grocery stores, currently has just two unionized locations, one in Hadley, Massachusetts, and the other in Minneapolis. Workers at a Trader Joe’s in Brooklyn, New York, voted against unionization in October.