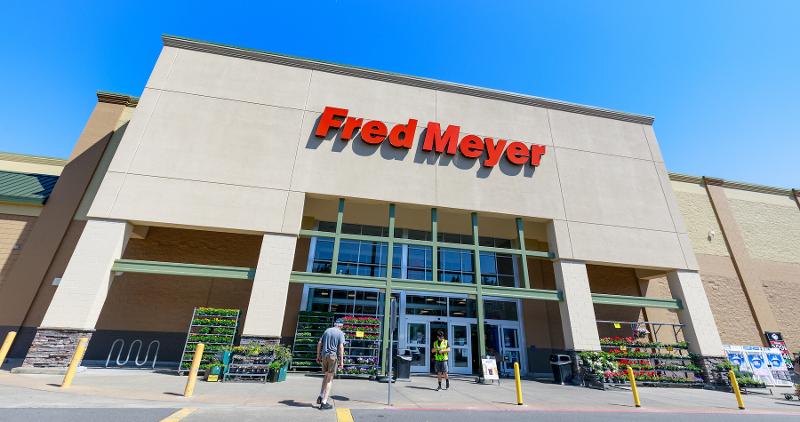 *ARTICLE UPDATE: UFCW International President Marc Perrone on Dec. 22 released a statement on the payroll issue with The Kroger Co. “Our union at the national and local level has engaged with Kroger for months now to address the ongoing, persistent and increasingly dire payroll issues that our members across the country have been experiencing. Now, well into the holiday season and despite repeated assurances from Kroger that the majority of issues have been resolved, we continue to hear from our local unions that thousands of members did not receive their most recent paycheck," Perrone commented. “This is simply unacceptable."

Technical difficulties with a payroll system recently deployed by The Kroger Co. have led some United Food and Commercial Workers (UFCW) union locals to take action for members experiencing paycheck problems, including not receiving their pay.

At least hundreds of UFCW members working for Kroger’s Fred Meyer, QFC, Mid-Atlantic and Michigan divisions have reported issues with the “MyTime/MyInfo” system, ranging from missed or incomplete paychecks to missing contributions to health and welfare benefits, the unions said.

In an email statement to Winsight Grocery Business, Cincinnati-based Kroger said it has apologized to the affected employees and addressed most of the software issues.

UFCW Local 400, based in Landover, Maryland, reported on Wednesday that it has filed class-action grievances with Kroger and unfair labor practice charges against the grocer with the National Labor Relations Board. “We are also exploring legal options to file lawsuits against Kroger under local wage and hour laws to ensure every employee is correctly compensated for their time,” the union stated.

“Kroger launched a new payroll system called ‘MyTime’ in the spring and, to put it bluntly, it’s been a complete mess. We have received hundreds of reports from members experiencing problems with MyTime,” UFCW 400 stated.

Tigard, Oregon-based UFCW Local 555, representing workers from Kroger’s Fred Meyer and QFC chains, first reported on the payroll problem in mid-November, saying that some retail employees aren’t receiving their full paycheck and some aren’t getting one at all. For example, one worker was paid with a $500 Visa cash card but then discovered the card had only $250 on it, according to UFCW 555 Communications Coordinator Miles Eshaia. 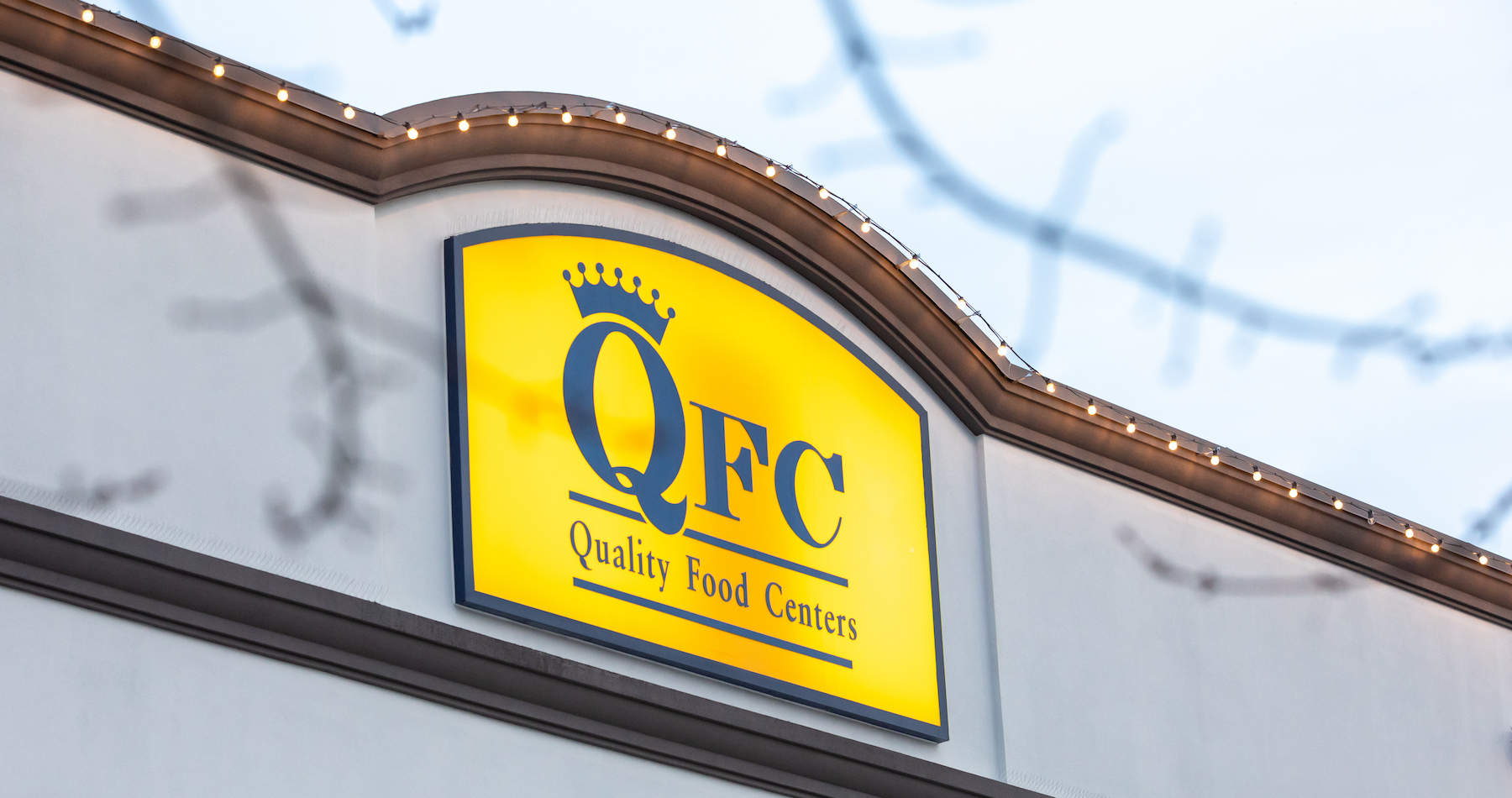 The Kroger Co. noted that it has "resolved the vast majority of issues" and the payroll processing difficulties affected a "small percentage of our associates." / Photo: Shutterstock

The union said that, through its normal process, it has filed grievances with Kroger to correct the issues and ensure members receive remedies.

“Kroger, who owns Fred Meyer and QFC, implemented new accounting software they didn’t know how to use. When you are living paycheck to paycheck, a short or missed check isn’t just a temporary inconvenience; it can mean racking up late payments on rent and bills, skipped meals and struggling to afford gas,” UFCW Local 555 Dan Clay said in a statement released Nov. 17. “Victims are being pushed into a financial hole that can take months to crawl back out of. For a worker to go without pay because a multibillion-dollar corporation cannot figure out their payroll software is beyond unacceptable.”

UFCW 555 also noted that it’s assisting members in securing attorneys to pursue lawsuits against Fred Meyer and QFC for possible violations of federal and/or state law.

“As the damage is ongoing and is becoming more than just a simple correction on next week’s check, we are helping our members get help from outside attorneys who may be able to initiate class-action lawsuits to not only recover their lost wages, but also assess and possibly recover additional punitive damages not available under the labor agreement,” Lisa Loucks, grievance director at UFCW 555, commented in the union’s announcement.

Kroger acknowledged the payroll issues to WGB in an email Thursday and said it’s continuing to work on any remaining system issues and regrets problems experienced by employees.

Two Fred Meyer retail workers in Oregon, one current and one former, on Nov. 17 filed a class-action lawsuit through Portland law firm Bennett Hartman LLP seeking remedies for the payroll snags, Northwest Labor Press reported. One employee works in the meat department at a Fred Meyer in Medford, and the other previously worked in the e-commerce department at a Portland Fred Meyer location, according to the suit, which said the new payroll system went into effect in September.

Jeffery Temple, a Fred Meyer spokesman, told The Oregonian in mid-November that about 1% of the approximately 40,000 Fred Meyer employees in Oregon, Washington, Idaho and Alaska have been affected by the payroll software issue. “Through the conversion, we have experienced a technical error in paycheck distribution,” Temple said in a statement to The Oregonian. “Although a small percentage of our associates have been affected, we understand the impact. We are working quickly on resolving known issues.”

Southfield, Michigan-based UFCW Local 876 announced in a tweet on Tuesday that the grievance process regarding Kroger paycheck issues hasn’t been effective thus far and the union is mulling legal remedies.

“President [Dan] Pedersen has been working diligently to get all of your wage issues corrected. Unfortunately, the class-action grievance hasn’t yielded the results that are needed,” UFCW 876 said in the tweet. “876 is now changing course to legal action that will include but is not limited to the following: pay raises, overtime pay, premium pay, untimely paychecks, pay stub issues. We will keep you up to date as the situation progresses.”

Earlier this month, UFCW Local 367 in Tacoma, Washington, said that it set up a web page to enable members working for Fred Meyer and QFC to file pay complaints with the Washington State Department of Labor and Industries. Problems have ranged from not receiving paychecks to incorrect pay rate, no dues deduction and back dues payment, the union said on the page. The new Kroger Co. payroll system reportedly went live in Washington state on Oct. 1.

“UFCW 367 members around western Washington exercised their rights by taking their frustrations to the public regarding Kroger’s new payroll system, My Time/My Info, that was rolled out in October,” the union’s Facebook post stated. “Since then, essential grocery store workers who continue to serve our community every day have experienced a range of pay issues, and some have even gone without pay. Now is the time for Kroger to find a resolution to this ongoing problem.”