The efforts of frontline grocery store workers played a big role in bolstering the position of unions during and since the pandemic. / Photo: Shutterstock

This is the ninth article in WGB’s Year in Review series. Check the site each day through Dec. 16 for a fresh look back at 2022 in the grocery industry.

In the grocery industry, organized labor this year reinforced its bargaining position since the pandemic but faces some concerns heading into 2023, namely a looming mega-merger.

A number of union locals reported substantial contract gains. For example, in late November, Teamsters ratified a new five-year, national contract with The Kroger Co. that Tom Erickson, director of the Teamsters warehouse division, described as “the most lucrative deal in the history of the national contract at Kroger.” Notably, the pact marked the first time that the union’s national negotiating committee included rank-and-file members who work in the industry.

Similarly, in May, UFCW Local 8-Golden State ratified new three-year contracts with Albertsons Cos. (Safeway and Vons) and The Save Mart Cos. (Save Market, Lucky and Food Maxx) that it said achieved “substantial wage” gains and bolstered health care and pension benefits for grocery store workers in Northern and Central California. “We have successfully negotiated the largest combined wage increases ever seen in tentative agreements with Safeway/Vons, Save Mart/Lucky and other chains,” UFCW 8-GS President Jacques Loveall commented prior to the ratification vote.

In securing such contracts, the unions were able to leverage the stronger negotiating stance they gained during the pandemic, when grocery store and food industry employees were classified as essential workers and the combination of widespread COVID-19 infections and booming grocery sales spiked labor demand nationwide. 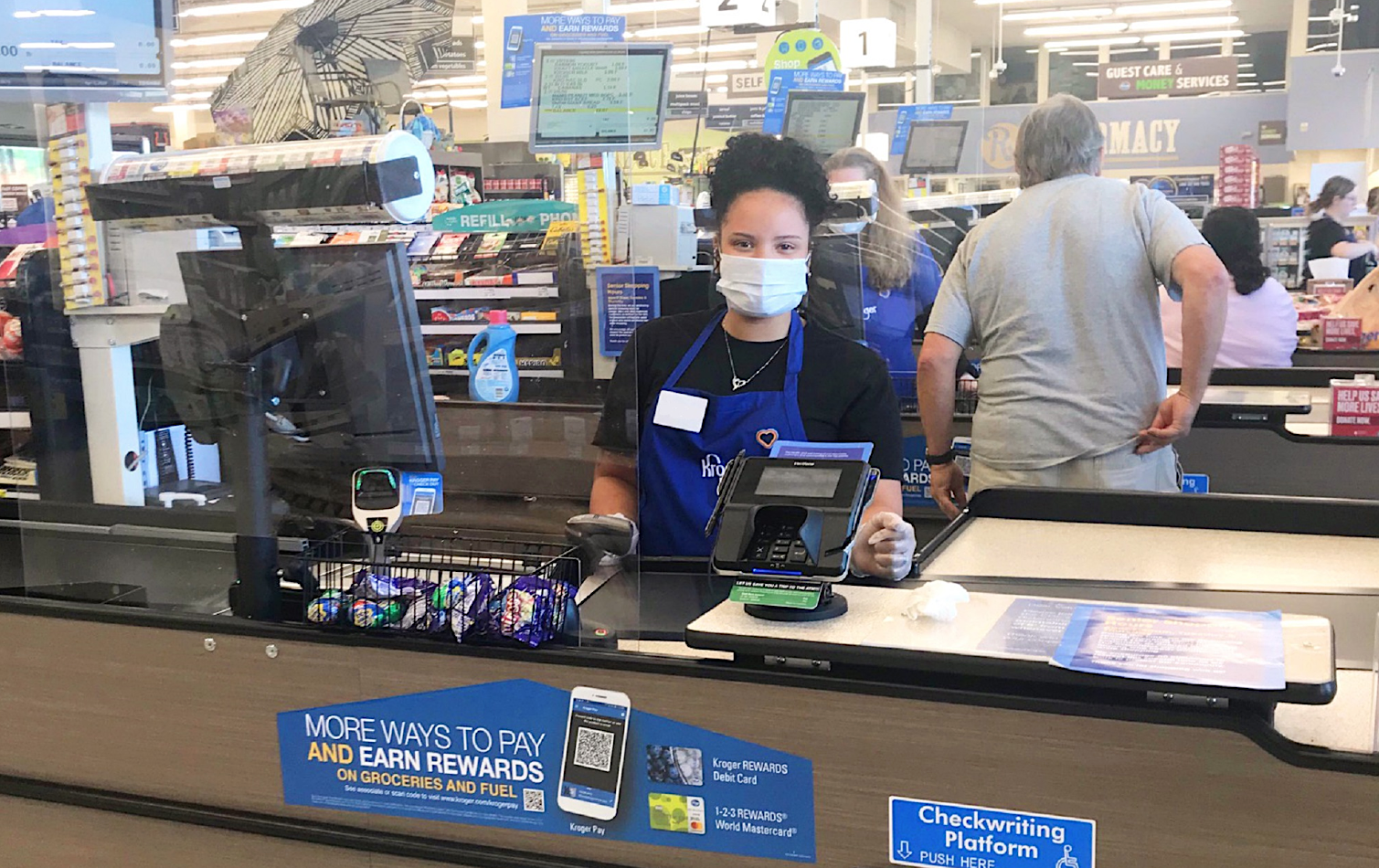 Among the labor headlines in 2022, UFCW settled one strike and averted another. In late January, Denver-based UFCW Local 7 ratified a new three-year contract with Kroger’s King Soopers division following an eight-day strike. More than 8,000 unionized workers participated in the work stoppage at 78 King Soopers and City Market stores in greater Denver, Broomfield, Parker and Boulder, Colo. When the new contract was ratified, UFCW 7 called it “the most significant wage increase ever secured by a UFCW local for grocery workers.”

Just over two months later, seven UFCW locals in Southern and Central California reached an accord with Kroger’s Ralphs and Albertsons Cos.’ Albertsons, Vons and Pavilions chains. The UFCW members—representing over 47,000 grocery employees at the impacted stores—had voted on March 27 to authorize a strike and were preparing to picket in the event of a work stoppage. But the unions and retailers were able to come to an agreement.

Penetrating the non-unionized retail space, though, has proved difficult for organized labor and remains a challenge going into 2023.

Inspired by efforts of employees at Starbucks, where over 200 stores have voted for union representation since late 2021, workers at Trader Joe’s and Amazon have established unionization toeholds.

The story has been similar at Amazon. In early April, workers at a fulfillment center in Staten Island, New York, dubbed JFK8, voted to unionize and form Amazon Labor Union (ALU), marking the e-tail giant’s first facility to establish union representation. At about the same time, workers at Amazon’s fulfillment center in Bessemer, Alabama, or BHM1, gave a thumbs-down to representation by the Retail, Wholesale and Department Store Union (RWDSU)—the second time that the facility’s employees rejected unionization. And then in October, workers at an Amazon warehouse near Albany, New York, or ALB1, voted overwhelmingly against unionizing with ALU.

Employees of New York City-based FreshDirect, part of Ahold Delhaize USA, formed a union with UFCW 342 in April. The contract ratification culminated a 15-year effort for unionization at the online grocer, which was acquired by Ahold Delhaize in early 2021 and previously wasn’t a union shop. Unionization drives also are under way at more stores of Portland, Oregon-based New Seasons Market, where two locations had voted for union representation (by New Seasons Labor Union) in September and October, and at Rockville, Maryland-based MOM’s Organic Market, where two stores (in Baltimore and Timonium, Maryland) voted in representation by Teamsters Local 570 and a third (in College Park, Maryland) has reportedly filed to unionize with UFCW Local 400. 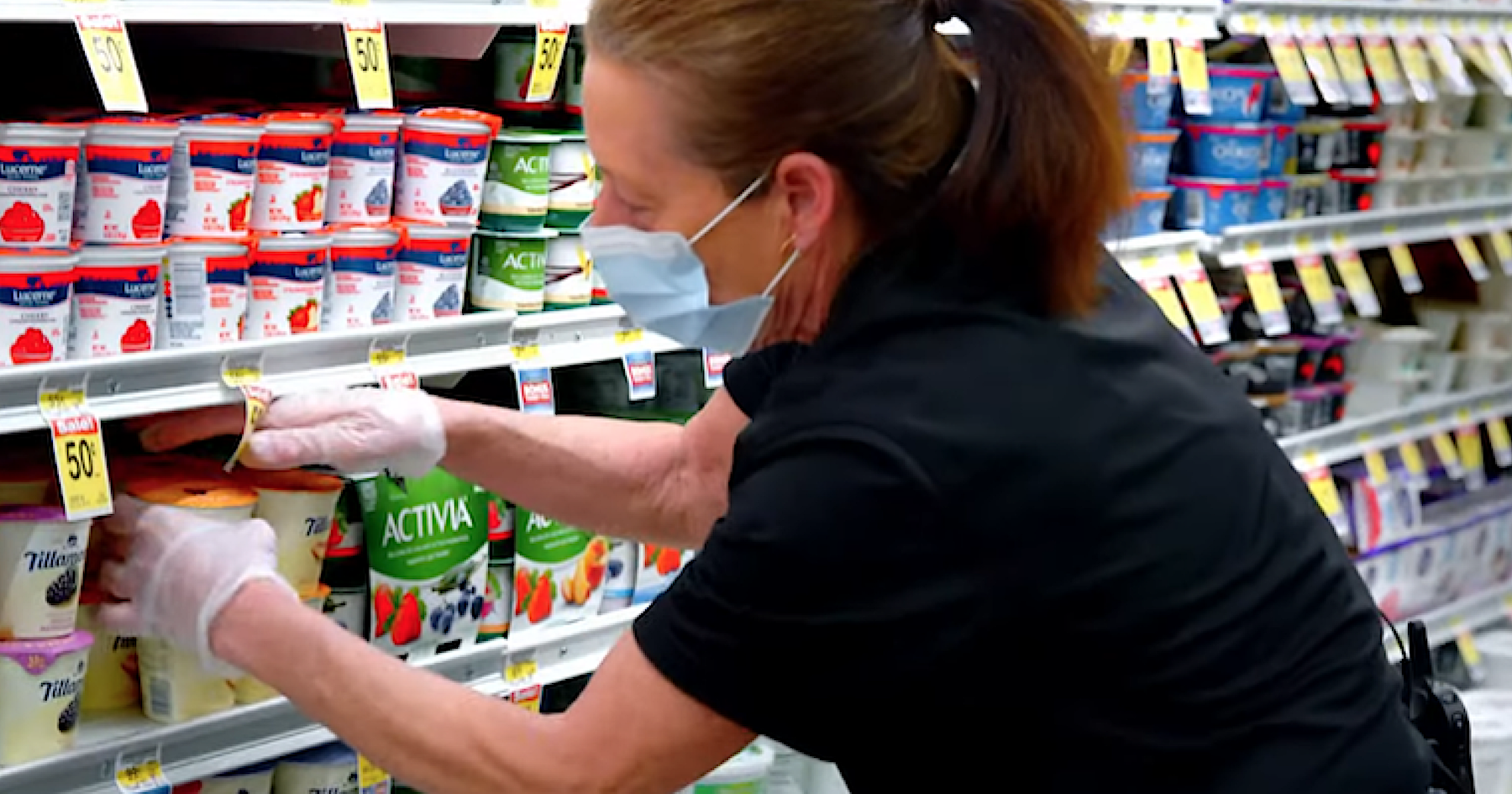 Labor unions are concerned about possible job losses and store closings, among other issues, presented by the Kroger-Albertsons merger deal. / Photo courtesy of Albertsons Cos.

Heading into 2023, COVID-19 also remains a concern for frontline grocery workers. UFCW has partnered with the University of Nebraska Medical Center (UNMC) to study COVID infection rates among food industry workers. In the initial research, they found that the incidence of COVID in grocery, health care, meat packing and processing, and other food employees were 10 times higher than U.S. rate from July 2021 to May 2022. Of UFCW members polled who caught COVID, 59% said that they believed they likely contracted the virus in their workplace.

“This UNMC study makes clear that COVID-19 has—and continues to have—a serious and significant impact on America’s essential workers,” UFCW International President Marc Perrone stated when the research was released in August. “These essential workers paid a hefty price for continuing to do their jobs, which kept food on American families’ tables and our economy moving throughout the pandemic.”

The issue has ignited intense debate in the gig economy—including Instacart, Shipt, DoorDash and Uber Eats delivery personnel and Uber and Lyft drivers—but unions are watching closely, as such jobs may pose a threat to unionized workers. For example, in late August, three Teamsters locals in Washington and Oregon ratified a new contract for Safeway.com grocery home delivery drivers, and the unions cited gaining workplace protections against the use of independent contractors for Safeway.com delivery drivers over unionized drivers as a key benefit.

Of course, the $24.6 billion Kroger-Albertsons merger deal will be on grocery unions’ radar in 2023 and into 2024. Chief among labor’s concerns are the potential for store divestitures and closures that could lead to job cuts as well as decreased competition for employment and, possibly, food deserts in communities losing stores. The combination of the nation’s two biggest supermarket retailers also would create a more formidable party on the other side of the bargaining table in contract negotiations.

On Nov. 30, the same day as a U.S. Senate hearing on the merger, six UFCW locals held a press conference in Washington, D.C., to voice their concerns about the Kroger-Albertsons deal to regulators.