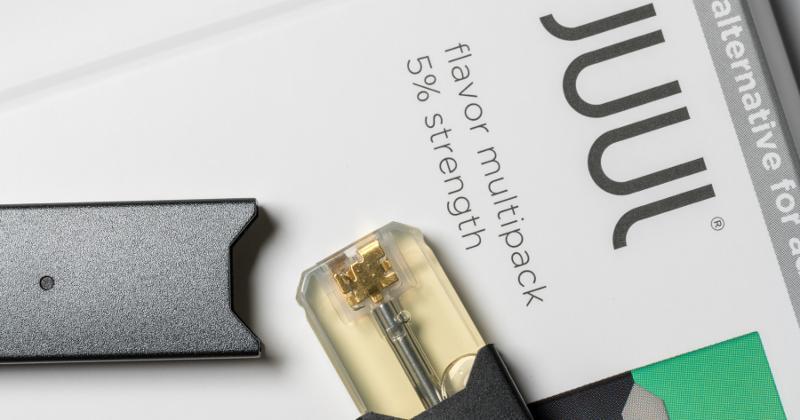 The U.S. Food and Drug Administration has stayed a marketing denial order (MDO) that prohibited electronic-cigarette maker Juul Labs from selling its products.

In a tweet, the FDA wrote: "On July 5, 2022, FDA administratively stayed the marketing denial order. The agency has determined that there are scientific issues unique to the Juul application that warrant additional review."

The administrative stay temporarily suspends the MDO during the additional review but does not rescind it, the FDA said.

The U.S. Court of Appeals for the D.C. Circuit granted Juul Labs an emergency stay on June 24, temporarily blocking the order and allowing the San Francisco-based company's e-cigarettes to remain on the market. The sale of e-cigarettes was discontinued at Kroger, Walmart and Schnucks and some other large chains in 2019 after the products received criticism following a spike in use by teens, but vaping products are still sold at many independent grocery retailers.

"All electronic nicotine delivery systems, or ENDS products, including those made by Juul, are required by law to have FDA authorization to be legally marketed. The stay and the agency’s review does not constitute authorization to market, sell, or ship Juul products," the FDA said on Twitter.

With Juul having already received a temporary stay from court, the follow-up from the FDA doesn’t materially change the competitive landscape, as Juul will remain on the market, according to a research note from New York-based investment bank Cowen.

"That said, it does extend (at a minimum) the time that Juul will have on the market to defend its PMTA application, which now seems they'll do with the agency first, as opposed to going directly to the courts, which had been the originally announced pathway following the adverse initial findings from the [premarket tobacco product application] PMTA review,” Cowen analyst Vivien Azer said.

Joe Murillo, Juul Labs' chief regulatory officer, stated: "We remain confident in our science and evidence and believe that we will be able to demonstrate that our products do in fact meet the statutory standard of being 'appropriate for the protection of the public health.' "

A version of this story originally appeared on CSPDailyNews.com.