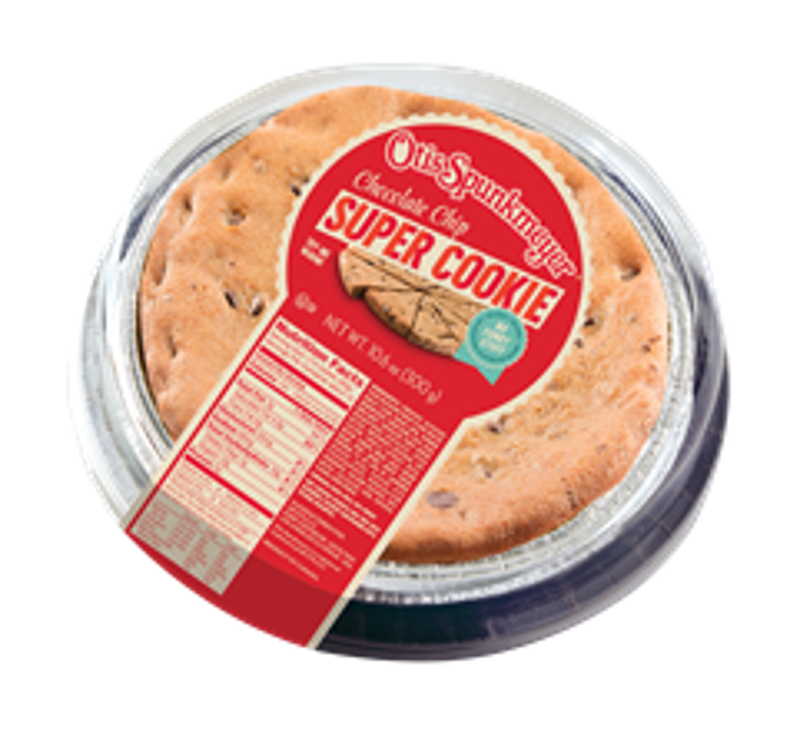 In celebration of its 40th anniversary this year, Otis Spunkmeyer is launching two new foods for its “No Funky Stuff” retail line: Strawberry Frosted Crème Cakes and Super Cookies. The Super Cookie will come in two varieties: Chocolate Chip and Double Chocolate Chunk. Both products will be available in April 2017.

The team at Otis Spunkmeyer first perfected the Chocolate Chunk Cookie decades ago and shortly thereafter began to roll out a line to include crème cakes, cinnamon crumb cakes, cupcakes, muffins and more.

While the brand was initially created as a cookie store, it quickly transitioned to a food service line, serving hospitals, school cafeterias, hotels, office vending machines and even airlines. In 2016, the company created a new retail line of individually wrapped treats. The conveniently packaged “No Funky Stuff” retail line of sweet treats is free of artificial flavors, colors and high fructose corn syrup.

Otis Spunkmeyer foods are available on Amazon, and are also available at select grocery stores nationwide.