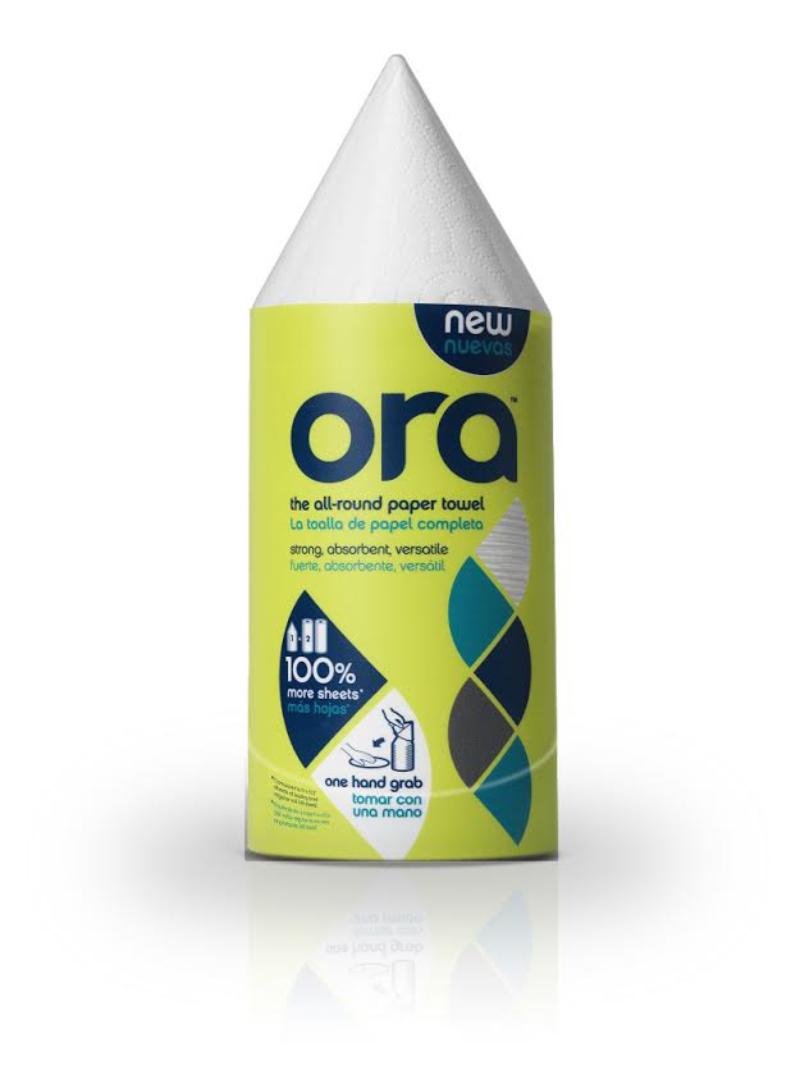 British consumer goods company Better All Round (BAR), revealed its stateside launch of Ora, the all- round paper towel, in participating Target stores across Texas and nationwide.

With a compact, cone-shaped stacking system and modern design, Ora is the first round shaped paper towel that offers a one-hand grab and guarantees no tearing, unravelling or waste, company officials say.

Ora is with versatility in mind to maximize customer satisfaction and convenience, while minimizing environmental impact, officials say. Ora’s modern stacking system, with no cardboard inner tube, provides twice the number of sheets compared to a traditional paper towel roll for a more eco-friendly purchase. The suggested retail price for a single pack of Ora is $2.99, a double pack is $5.49 and a triple pack is $7.99.

“We’re thrilled to announce the launch of Ora in the United States,” says Better All Round Founder and CEO Oday Abbosh. “We created Ora to truly be better all around, and serve as a versatile, aesthetically pleasing and better-for-the environment product. We hope this launch will allow consumers in Texas and across the country to experience first-hand the benefits of incorporating Ora into their daily household routine.“

The all-round paper towel, the first product to be released from British consumer goods company BAR, is set to revolutionize the paper towel industry with its sleek, innovative design and unique one-hand grab mechanism following its 2013 launch in the United Kingdom. Ora is available in 1,300 Tesco stores across the U.K., Patents for future growth have been secured in over 25 significant jurisdictions, with more in progress.

In October 2014, Ora was the winner at the prestigious Grocer New Product Awards 2014 (Household category) and in January 2015 was recognized by City A.M. and Mischon De Reya as a ‘Leap 100 company’, one of the U.K.’s 100 fast-growing firms. Additionally, Ora won a Silver DBA Design Effectiveness Award in early 2016.