In today’s volatile retail climate, grocers are burdened with seemingly endless challenges of adapting to the evolving needs and expectations of the consumer. From e-commerce and meal kits to mobile payments and social interactions, retailers are constantly testing new ways to improve the total shopping experience. Yet one key factor is often overlooked.

Out-of-stocks are more than just a nuisance to retailers’ inventory management operations. They are perhaps the single most important factor when it comes to the customer’s shopping experience that ultimately impacts their bottom lines. Regardless of a store’s merchandising, promotions or omnichannel efforts, if shoppers are unable to find a desired product or brand, more often than not, they’ll leave to find it elsewhere.

Despite this daunting fact, the out-of-stock rate for years has hovered at an average of 8%, according a report by Food Marketing Institute (FMI) and Grocery Manufacturers Association (GMA) titled Solving the Out-Of-Stock Problem. Worse, out-of-stocks for promoted items often exceed 10%, which means retailers are essentially guaranteed revenue loss of 8% to 10% or more in an industry that’s already rife with challenges. Yet, many seem to have concluded that this rate is an inevitable aspect of grocery business operations because of its complexity and consistency. “But the problem is not going to be able to be swept under the rug anymore, because it’s becoming more and more exposed online,” says Jason Wirl, director of solutions consulting at inventory optimization software provider Itasca Retail Information Systems, based in West Des Moines, Iowa.

Shock to the System 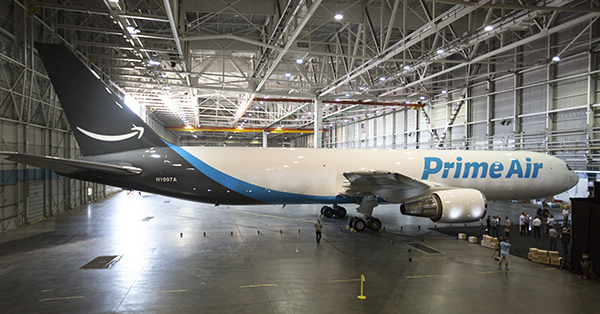 With the ever-growing threat of Amazon, retailers are increasingly expanding their online offerings to keep up with consumers’ newfound expectations for accurate and expedient grocery delivery. “Amazon is top of the line in all grocers’ minds,” says Eric Smith, president of global consulting firm Supply Chain Optimization LLC based in Lake Forest, Calif. “They know that they need to change the way they’re doing things.” Walmart Inc., for instance, recently announced plans to expand its online grocery delivery service to 100 markets this year, with eyes on offering delivery to more than 40% of U.S. households, while Smart & Final Stores Inc. in April launched a new delivery app in partnership with Instacart.

Offering online grocery delivery for many retailers is an obvious next step to survive the Amazon-driven battle for convenience. But implementing these services can cause more harm than good for retailers without real-time in-store inventory management, says James Tenser, principal with retail consulting firm VSN Strategies, based in Tucson, Ariz. “When a shopper orders online or on mobile, they see a catalog of items theoretically carried in the store,” he says. “But they don’t see any visibility to the actual goods that are available in the moment,” which often results in order complications such as item substitutions, delayed delivery or cancelled orders—or, ultimately, an unsatisfactory customer shopping experience.

In as few as five to seven years, 70% of consumers will be purchasing groceries online, according to research from FMI and Nielsen, with an estimated $100 billion annual spend expected to occur as soon as 2022. As such, retailers have neither the time nor the affordability for complications in order fulfillment, on both in-store and digital levels. Shoppers cite product availability as one of the top three reasons for choosing where they shop, according to research by FMI and GMA. Yet on any given shopping trip, one out of every 12 items on the shopper’s list, and one out of every 10 promoted items, is unavailable on the store’s shelf, which causes consequences beyond lost revenue and shopper dissatisfaction. Data from the Solving the Out-Of-Stock Problem report revealed a “three strikes and you’re out” pattern among consumers:

Still, most retailers have been slow to adopt inventory optimization solutions due to failed experiences with related software in the past. “As many say, ‘The well has been poisoned,’” says Smith, who in the mid-1990s spearheaded Hy-Vee Inc.’s deployment of a computer-generated ordering (CGO) forecasting and replenishment system, which remains central to the company’s operating systems today.

At the time, Smith says, CGO was gaining traction but left many retailers frustrated with unsuccessful implementation, in part due to discrepancies between the store-level and retail-level forecasts. “I concluded, ‘Why is the store creating one forecast and then the warehouse creating another forecast?” he says. “Rather than a store ordering one day ahead with one-day lead time, and a buyer at the warehouse ordering three days ahead with a three-day lead time, why doesn't the store just order what they need four days ahead since they have a forecasting system?” Doing so resulted in a 60% decrease in Hy-Vee’s inventory and often, 100% sale rates for many vendors, Smith says. “It was absolutely successful.”

Pains from the past have left many retailers feeling intimidated by inventory optimization, which can seem complex and overwhelming. But as their scars continue to fade, and pressure to improve the shopping experience intensifies, a necessary shift in retailers’ traditional inventory mindset is beginning to unfold—and today, the technology is there to support it.

Retailers have long maintained the practice of managing inventory via a pull-based system in which the store orders independently from the warehouse and supplier, often in bulk to carry “safety stock” in an effort to prevent stockouts, as well as beef up shelves for display purposes. But safety stock often lingers unsold in retailers’ backrooms, affecting profitability, and adds additional costs of labor for staff members to manage backroom inventory. Plus, this practice discounts the shopper’s in-store experience, where consumers decide what to purchase based not only on their predetermined shopping lists but also based on what they see in-store. “If it’s not available, they can’t buy it,” says Tenser. “There are some things that are really important to have in your assortment, and they need to be available when people need it.”

Picture this:A shopper is prepared to splurge for an impressive holiday dinner, such as a loin of beef. With a popular recipe in mind, that shopper is also seeking a dry mustard powder that’s often sold in conjunction with that piece of beef. If the $3.50 jar of mustard powder is unavailable during that shopping trip, the shopper may have second thoughts about purchasing the $54 piece of meat, Tenser says.

Inventory optimization is designed to match inventory supply to expected consumer demand to prevent this very problem, which affects both the shopper’s experience and the retailer’s profitability. The days of “stack it high, watch it fly” are over; new technology from companies such as Itasca enables retailers to generate forecasts based on historical POS information to order inventory via a demand-based system in which the forecasts between the store, warehouse and supplier are all connected. “It’s not just about eliminating out-of-stocks, although that’s one of the main benefits of the system,” says Wirl. “As we go forward, we see that one of the biggest benefits is a lowering of inventory.”

“We have been successful in reducing out-of-stocks and reducing shrink as well,” says Mack McLamb, owner of Dunn, N.C.-based Carlie C’s IGA. “We have already had to abandon one automated ordering project that we had invested thousands of dollars in. But we see the next-generation inventory management is not to get you ahead of the competition, but just really to remain competitive.”

Perhaps retailers’ biggest barrier to adopting inventory optimization software is their inevitable change in approach to placing orders. Retailers have traditionally ordered inventory manually, based generally on a gut feeling. And with most stores averaging 35,000 SKUs or more, that leaves a huge opportunity for error. “Human intervention is not that trustworthy here,” says Tenser. “When you study the problem, you learn that 95% of those decisions, of those 35,000 items, come down to a binary choice.” As such, retailers must adopt a more systemic process to streamline the order process and increase efficiency.

“The most significant shift for us was to go from being reactive to being proactive around inventory,” says McLamb. “On a day-to-day basis, the majority of our inventory was ordered after it was sold. We now manage the inventory much more effectively.” With Itasca Magic, associates in-store are provided with a handheld device to mark out-of-stocks immediately in the application, which then automatically generates the inventory order, eliminating human judgement and error from the ordering process.

Daisy Intelligence, based in Concord, Ontario, offers a similar solution that utilizes artificial intelligence to consider all effects that make inventory optimization a challenge, such as the changing relationship between products, promotions, seasonality and forward-buying effects. “Retailers today are challenged to manage inventory with forecasts having errors ranging from 40% to 60% plus,” says Daisy CEO Gary Saarenvirta. For a discount retailer with approximately $1 billion in annual revenue, Daisy was able to increase forecast accuracy on promotional products by week to less than 15%, compared to the industry average of a 38% promotional forecast error, Saarenvirta says. The company also delivered regular inventory forecasting at the product store day level, improving accuracy from 60% error to less than 30% error and enabling the retailer to maintain less safety stock and reduce capital tied up in inventory.

One of the benefits of adopting inventory optimization software that is often overlooked is the improvement of the shopper’s experience, says Gary Hawkins, CEO at Center for Advancing Retail & Technology (CART). Kroger and Dunnhumby, for instance, created customer segments that provided a lens through which to view their business, analyzing the products and brands shoppers prefer in order to determine product assortment and inventory on a store-by-store basis. “If the retailer is able to get the product assortment right and then the inventory right, chances are that the product the customer is going in the store looking for is actually going to be on the shelf and not out of stock,” Hawkins says. 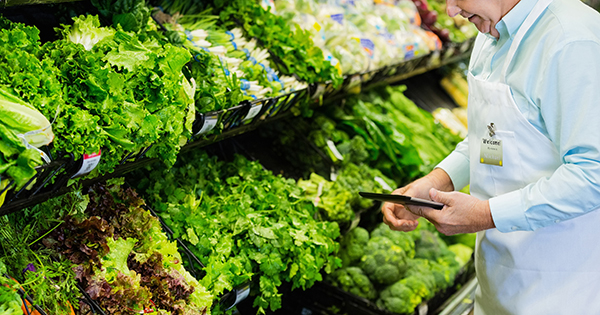 Rather than ordering from a virtual product catalog that doesn’t reflect that availability of items in-store, shoppers can virtually select the store that will fulfill the delivery and view accurate real-time inventory to provide the same shopping experience as if they were physically in the store. “A bad digital experience reflects badly on the brand as a whole,” says Tenser of VSN Strategies. “If you don’t have a store-level perpetual inventory, which is one of the essential elements of an ordering optimization solution, then you don’t really have information to pull into the digital site.”

However, fulfilling online orders can be harmful to a retailer’s operation, creating out-of-stock issues and complications on the floor between an online customer’s personal shopper and an in-store customer competing for the same product. As such, some experts predict the notion of “dark stores,” which are growing in Europe, to soon begin developing in the U.S. “At some point, it’s going to make sense for [retailers] to close a store and use that dark store to do all the fulfillment for e-commerce orders instead of impacting the stores that are open for customers,” he says. “That e-commerce business has to be factored into the optimization work.”