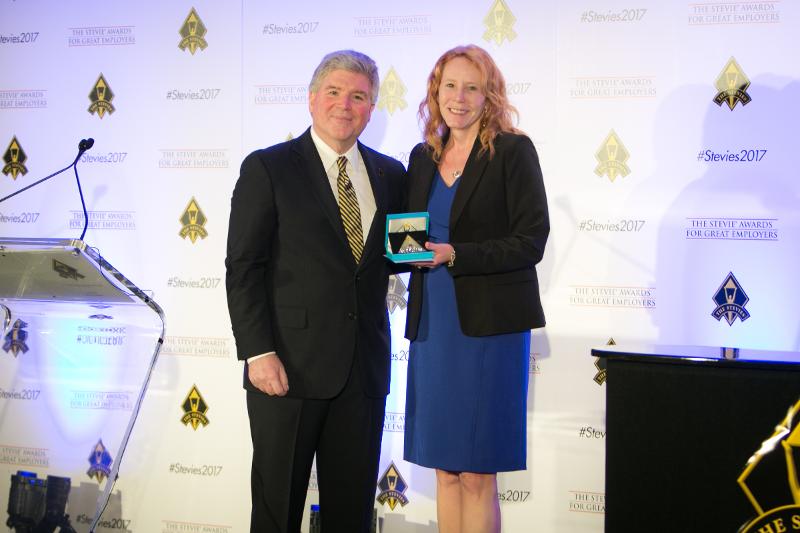 Two of the nation’s leading food companies have been named Employer of the Year in the Food & Beverage category at the 2017 Stevie Awards. Hormel Foods received the silver Stevie Award and Kind was honored with the gold at a presentation held Sept. 22 in New York City.

“It is a great honor to be recognized with a Stevie Award as an Employer of the Year in the food and beverage industry,” says Janet Hogan, SVP of human resources at Hormel Foods, who accepted the award on behalf of the company. “It is a true testament to our culture that inspires people to support each other in a way that is irreplaceable, which makes Hormel Foods a great place to work.”

The Stevie Awards for Great Employers is an international business awards competition that recognizes the world’s best employers and human resources professionals, team achievements and HR-related products and suppliers who help create and drive workplaces.

Kind received the highest-scoring nomination for Employer of the Year - Food & Beverage category, with an average score of 9.22 from the judges.

Hormel Foods was selected for being an innovative company that promotes from within and genuinely cares about its people and consumers, as well as for having a collaborative culture and robust training programs, Stevie Awards officials say.

More than 500 nominations from organizations around the world were evaluated in this year’s competition. A complete list of gold, silver and bronze Stevie Award winners is available here.