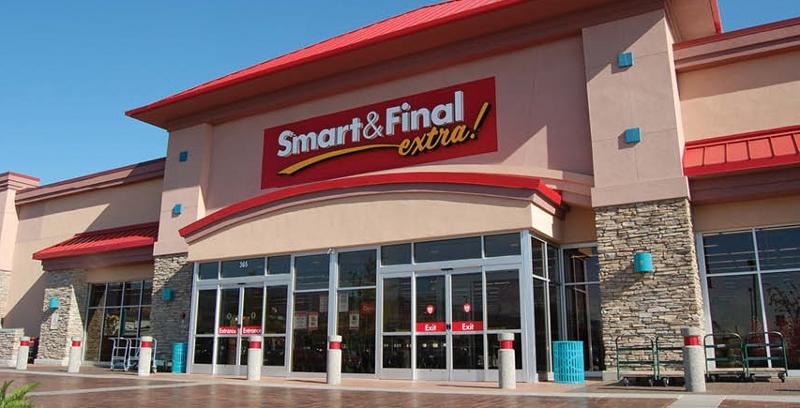 Amid a hotter promotional market, particularly among conventional supermarkets in Southern California, Arizona and Nevada, Smart & Final stepped up its pricing actions during its fiscal third quarter and said it would slow its planned growth for new stores in 2018.

The Commerce, Calif.-based non-membership warehouse club operator also said comparable sales for the fiscal year would be slightly lower than expected after posting 1.5% same-store sales in the quarter, which ended Oct. 8. That figure reflected 1% comps at the Smart & Final banner and 3.4% comps at Cash & Carry, the company’s restaurant supply unit that mainly serves business customers. For the 16-week period, Smart & Final sales totaled $1.5 billion, a 4.5% increase to $1,457 million.

Discussing the results with analysts in a conference call, CEO Dave Hirz said the company’s Smart & Final stores reacted slowly in the third quarter to the increased promotional posture of competitors, which he said have been running hotter front-page ads. The company regained some momentum when it stepped up its own promotions, Hirz explained, but the environment remains difficult.

“The environment is still really competitive, whether the conventional operators are losing volume to online or losing volume to Whole Foods, I don't know. But they are they have been more aggressive in there,” Hirz said.

“It really is limited to just ads—and mostly the front page of the ads,” he continued. “Items that a year ago would have been at the ad for 89 cents, this year, they're in an ad for 69 cents. So, it really is similar ads to what the conventional operators are putting out there two or three years ago just with heated up retails. I think it’s unrelated to inflation or deflation, I think it's all them trying to keep market share.”

At the end of the third quarter, the company operated 316 stores overall, including 183 Smart & Final Extra stores, which are larger and more food-focused than legacy Smart & Final stores, of which 70 remain. The company also has 83 Cash & Carry units.

“I think we're pulling back a little bit … and prioritizing cash flow and debt reduction. But it's certainly not because we lack market opportunities or the returns to new stores have not met our expectations,” CFO Richard Phegley said.