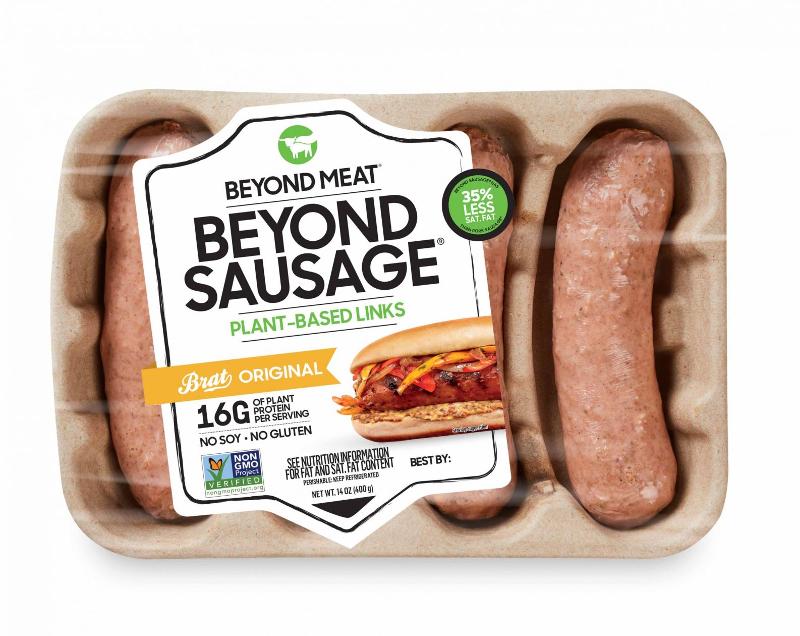 With sales of meat and dairy alternatives hitting new heights in the U.S. in 2020, one of the biggest names in the plant-based game announced that a wider variety of its products is rolling out to the likes of Kroger, Target, Albertsons and other leading grocery chains.

Beyond Meat announced that its Beyond Meatballs and Beyond Breakfast Sausage Links are newly available at about 1,500 Kroger stores nationwide. The meatballs, which Beyond boasts contain 30% less saturated fat and sodium than a leading traditional Italian-style meatball offering, also are debuting at Target and Giant Foods.

In addition, through May, Beyond's Cookout Classic frozen plant-based burger patties are being added at Wegmans, Sprouts, Stop & Shop, Stew Leonard's and select Albertsons banner stores as well as at FreshDirect.com. Walmart stores introduced Cookout Classic patties as a permanent offering in March, Beyond Meat said in a news release.

"As demand for plant-based meat continues to rise, this increased distribution strengthens the company's expansive retail presence at approximately 28,000 retail outlets across the U.S.," the company said in the news release. Beyond Meat introduced six new SKUs in 2020, the company's chief growth officer, Chuck Muth, stated.