The divide between vegan and nonvegan consumers is decidedly tightening with the rise of flexitarian diets—driven largely by a growing concern for wellness and the environment, along with a boom in delicious meat and dairy alternatives that put yesterday’s bland plant-based offerings to shame.

This new wave of vegan integration has given the category a significant boost over the past year. The category saw dollar sales growth of 20% in 2018, with sales topping $3.3 billion, compared to a growth of only 8% in 2017, according to joint data from the Plant Based Foods Association and Nielsen.

Dana Kucharik, marketing manager for Garden Grove, Calif.-based tofu product manufacturer House Foods America, shares that while only about 3% of the U.S. population identifies as vegan, about one-third of all consumers eat meat alternatives in an effort to “take the focus off meat and incorporate more plants into their diet, due to health-related reasons or a growing concern for environmental issues.” 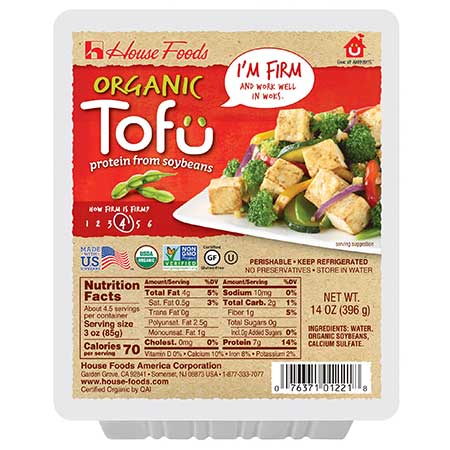 Tofurkey, for example, partnered with Boulder, Colo.-based Lucky’s Market and the Plant Based Foods Association on a campaign—complete with endcaps, store circular callouts, shelf promotions and related content—that demonstrated the “power in showcasing a variety of plant-based foods together, so that consumers could instantly understand the breadth of the category,” Ransom says.

Sunbury, Pa.-based Weis Markets has also gotten into the swim of the plant-based movement with a “Plant Powered” wellness initiative launched in the spring; it implements in-store signage to help shoppers identify plant-based foods.

On the other hand, Doug Hines, founder of Nashville, N.C.-based Atlantic Natural Foods, which recently launched a line of vegan canned tuna, insists that retailers’ best bet for catering to the plant-based movement is through digital engagement, which he says has been “substantial” among brick-and-mortar and e-commerce retailers alike when it comes to the category.

As perceptions of vegan food change, so does its terminology. Hines says the term “vegan” is becoming obsolete and is instead being replaced with “plant-based protein.”

Pat Brown, CEO of Impossible Foods, which is known for its meat-free Impossible Burger, concurs. He told the Associated Press that many people’s notion of vegan is “almost like a cult,” with someone “wagging a finger at them if they eat any animal products.” He said the term plant-based may also “distance products from a perception of vegan and vegetarian food as bland.”

While consumers are more open to the idea of incorporating nonmeat proteins and other alternatives into their diets, there is still a common perception that these items will be tasteless or have an undesirable texture. J.J. Rademaeker, founder and CEO of Boulder, Colo.-based JJ’s Sweets, whose signature product is Cocomels vegan caramel, says this can be combated with in-store sampling programs and disruptive displays.

Give Them a Taste

“Sadly, the biggest barrier to vegan products is that they are perceived to taste bad,” Rademaeker warns. “If retailers can create displays, offer tastings and talk more about and demonstrate how high-quality and delicious vegan products can be, then that would go far into generating more demand and normalizing the category.”

Kucharik of House Foods America affirms that recent studies have indicated that consumers are more drawn to products that are marketed for taste rather than health benefits and that while most Americans believe plant-based products are healthier, they are still often perceived as being bland. But a “plant-based burger can be just as juicy and flavorful as one made from meat,” she says. “Scheduling in-store demos gives the opportunity for the consumer to see for themselves just how tasty vegan foods can be.” 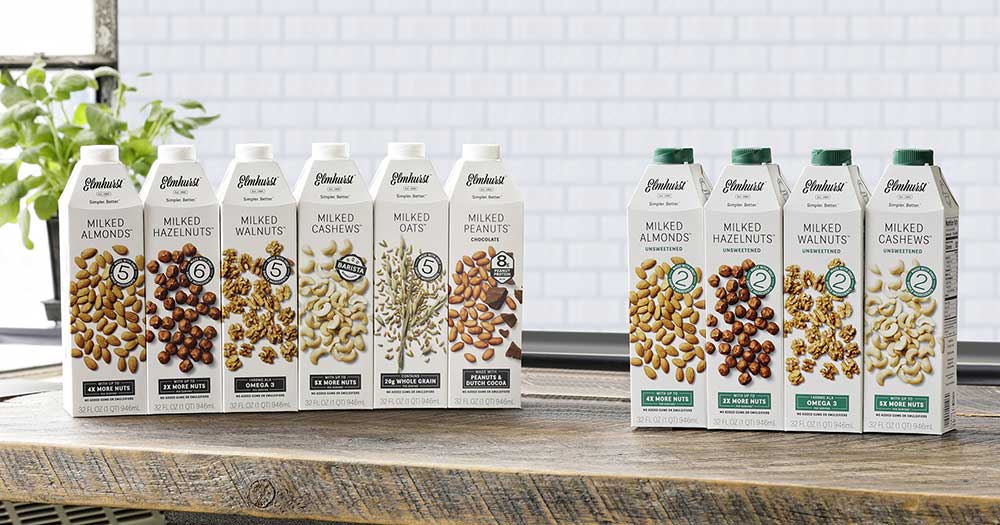 Retailers will have even more opportunities to showcase tasty plant-based options going forward, says Peter Truby, VP of marketing for Elma, N.Y.-based plant-based milk manufacturer Elmhurst, as “more and more brands emerge or shift vegan” and the “differentiating force” in the category becomes innovation, “such as the ability to use an ingredient like the peanut in a new way, and authenticity that preserves the true value of plant nutrition.”

As the plant-based category launches into the future, so too comes technology designed to help consumers navigate these alternative items in the digital age.

Cincinnati-based The Kroger Co., for example, includes a feature in its OptUp wellness app, which was launched in late 2018 and provides customers with health-related “scores” on their purchases to inspire more wholesome eating, that allows them to search for items that fall under a “vegan” tag.

Outside parties are also creating dietary restriction-based product search apps. One such app is Pinto, a food-tracking platform that allows users to scan or type in items as they navigate a store to determine whether or not they are vegan-compliant, in addition to searching for any other diet restrictions such as gluten-free. Other similar apps include Is It Vegan? and Vegaholic, which lists beers, wines and liquors that are safe for vegans or that may contain animal products.

While the specialty health food stores that were all the rage in the ’90s may seem like an almost extinct breed, a surprising number of exclusively vegan specialty stores resembling those models past been popping up across the country.

For example, The Vegan Grocery Store, which opened in April in North Tonawanda, N.Y, near Niagara Falls, offers a plethora of specialty plant-based brands and proudly touts the slogan: “No need to read ingredient lists here, we’ve already done it for you.”

Wilmington, N.C., is the new home of vegan grocer UpBeet Market, which opened in June and has drool-worthy features such as a vegan jerky tower, a selection of vegan cheese and a vegan gelato machine with rotating flavors. UpBeet store owner Jess Marler told the Port City Daily that she was pleasantly surprised by the reception and “didn’t expect to have such a big following” right out of the gate.

Another new addition is Veggie Rebellion in downtown Glendale, Ariz., which opened in April and shuns single-use plastic bags and bulk bags, asking shoppers to bring their own reusable shopping bags and containers with them to the store. 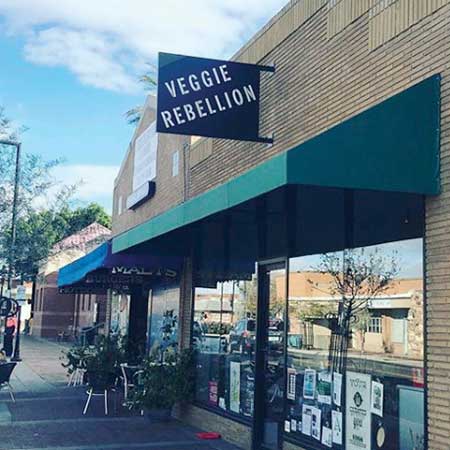