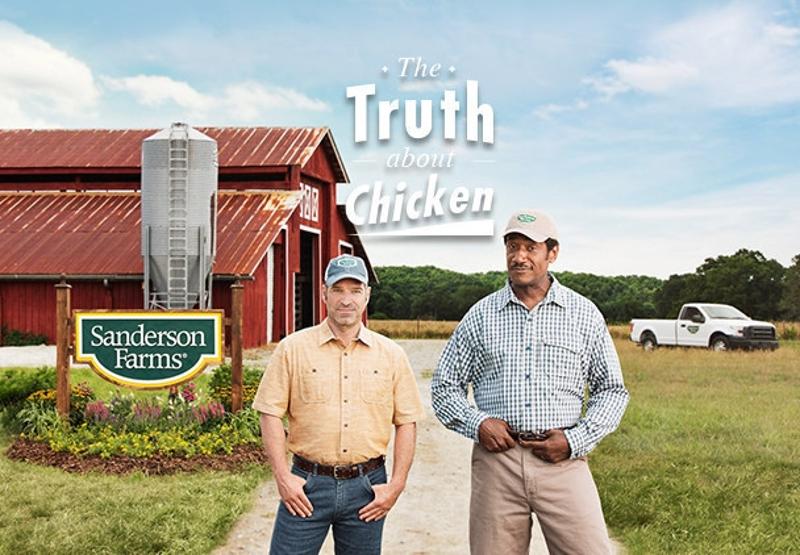 Sanderson Farms has launched new advertisements for its consumer education campaign, which launched last August, focusing on revealing prevalent falsehoods and half-truths within poultry marketing. The company’s newly released television and radio advertisements, “Old MacGimmick,” have evolved from these efforts and continue the same truth-telling mission.

“At Sanderson Farms, we have made it our responsibility to shine a light on misleading marketing tactics and labeling,” says Joe F. Sanderson, Jr., CEO and chairman of the board for Sanderson Farms. “Rather than acquiescing to trending scare tactics and socially driven paranoia, Sanderson Farms has chosen to address the issues using hard science. While there may have been an easier route to take, we have chosen to continue this course of action for the benefit of our customers.”

One main goal of the campaign has been to inform consumers about the benefits of judicious antibiotic use in poultry, such as improved animal welfare, environmental sustainability, and food safety.

Although the original campaign has faced some pressure from competitors, activist groups and the media, the general public has shown great support and appreciation for Sanderson Farms’ transparent and honest approach. Since the effort began last year, Sanderson Farms has seen:

“Most Americans have simply lost touch with the farm and how agriculture operates, allowing misinformation to run rampant about where our food really comes from,” says Hilary Burroughs, director of marketing at Sanderson Farms. “We decided to use a myth-busting approach to the campaign as a means of dispelling some of the most common misconceptions around antibiotics, hormones, steroids and animal welfare issues.”

In conjunction with the new ads, Sanderson Farms has launched an updated consumer website full of educational resources. The website offers information about the company’s animal welfare standards, sustainable business practices and 100-percent natural chicken products. Consumers can find answers to frequently asked questions, recipes and a behind-the-scenes look at how Sanderson Farms chickens are raised.