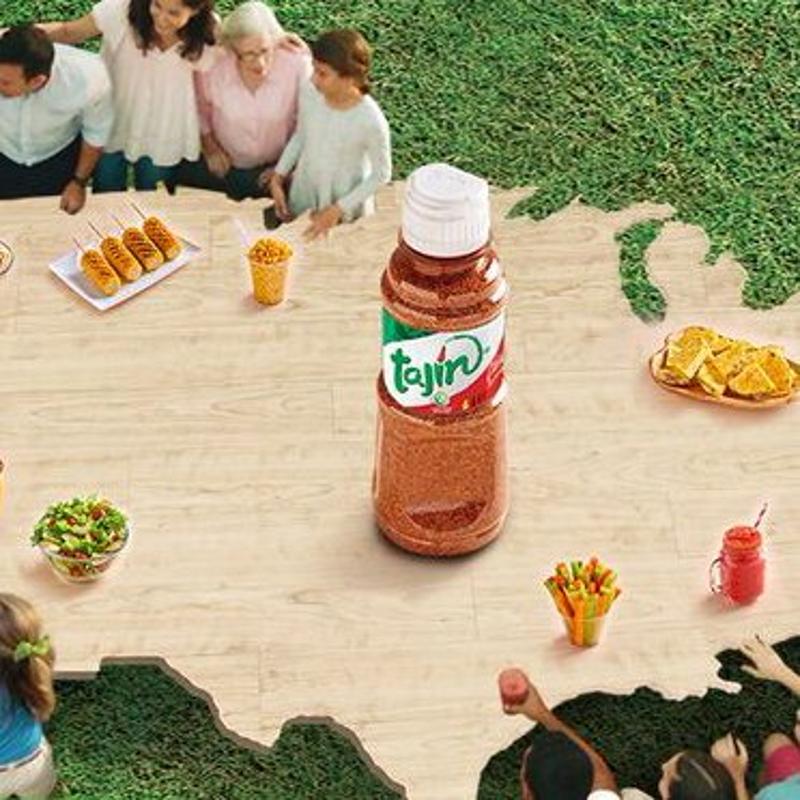 Tajín International Corporation has launched “American Table,” a new total market brand campaign that promotes the multiple uses of Tajín Clásico seasoning. The campaign highlights ways to bring out the flavor of foods found in the American diet that are considered good for you, such as fruits and vegetables. With this approach, Tajín seeks to appeal to the hearts and taste buds of diverse populations in the United States.

“The American consumer is craving new taste experiences and Tajín's versatility allows all cooks to make good food taste even better," said Aldo Fernandez, CEO of Tajín International Corp. “With Tajín, traditional meals can be further enhanced to help them evolve into new culinary experiences. This is what the new American table is all about.”

The campaign, launched this spring, will be supported with a cross-screen media initiative. Local television will be the primary way the brand will promote the new commercial with airings scheduled to take place in top English language broadcast stations as well as leading cable networks in five local markets, which include Los Angeles, San Francisco, Houston, San Antonio and Phoenix.

After four years of advertising to total market consumers, Tajín is steadily becoming a staple in many kitchens across the United States as a key seasoning for guacamole, corn on the cob, fruit plates and salads. With the new campaign, the brand further demonstrates the seasoning’s variety of uses and how it continues to add excitement to American cuisine, primarily to fruits such as apples, oranges, watermelons, mangoes, pineapples and avocados, and vegetables such as corn,  baked potatoes, and cucumbers. All the while, the campaign demonstrates how the upcoming warmer and typically more social spring and summer seasons align with the product’s core family and community values and is enjoyed anytime, anywhere by   family and among friends.

“Tajín is most notably used on fruits and vegetables and given their increased consumption during the spring and summer months, the timing of the new campaign was no accident,” added Juan Carlos Limón, Marketing Manager at Tajín International Corp. “We look forward to bringing a whole new way of eating fruits and veggies to spring and summer gatherings such as picnics, barbecues or family reunions.”