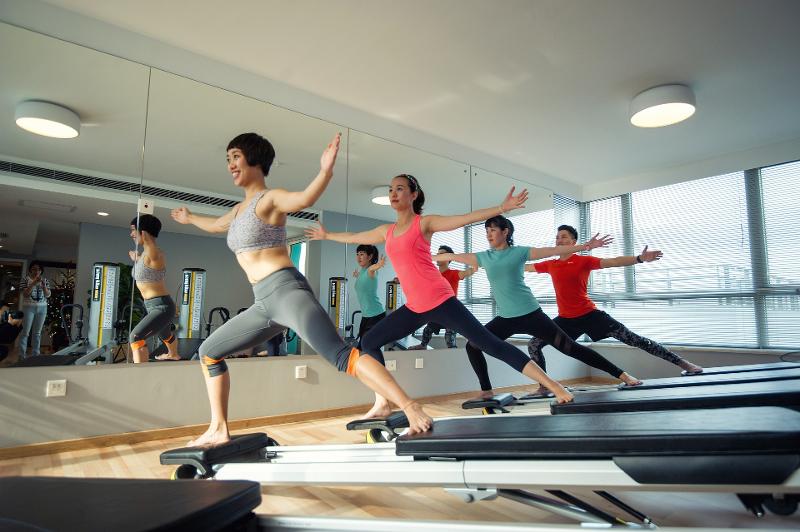 Does where a person lives have an impact on whether or not they will keep a New Year’s resolution? Probably not, but depending on the resolution, it could be a determining factor to a person’s success.

As January comes to an end, many consumers will take stock on habits they’ve adopted that align with their 2017 goals. It’s no surprise that staying fit and leading a healthy lifestyle ranked among the most popular New Year’s resolutions nationwide this year. In fact, as previously reported, I count myself among the populous that has strived to exercise daily and be mindful of what I’ve been consuming.

Living in New York City has both boosted my success in maintaining these practices and deterred me in some ways. Since I’m in the city, I don’t have a car and rely heavily on public transportation. It’s less expensive to live further away from the train station here too, so I walk quite a bit daily. During those walks, I pass a lot of gyms and studios that offer a variety of exercise classes including Pilates, spin, yoga and boxing. If I get bored on the elliptical at my gym, I can easily join a “jump class” and get my cardio workout in by bouncing on a trampoline in sync with a group of strangers. The possibilities to stay active are endless in New York.

On the flip side, the city’s food scene offers seductive temptations around every corner, and finding a grocery store in my neighborhood that offers the products I need at a reasonable price can be challenging. Seriously, there is a restaurant two blocks from my apartment that serves up the best American comfort food I have ever tasted. Every time I walk by it, which is unavoidable, I salivate just thinking about the fried mac and cheese balls or what flavor doughnut lies within its walls.

I have learned to curb the temptations of my favorite restaurants, while also indulging on occasion, but grocery shopping is another story. There are two stores located roughly two blocks away from my apartment. One lacks the presentation and quality I expect in the perimeter sections of the store, while the other is often out of stock on sale items that meet my lifestyle requirements. I have had to venture further into to the neighborhood to other supermarkets just to find what I need. Granted, this isn’t the case everywhere, in my experience, I’ve found that location matters in achieving these specific resolutions.

GrubHub, the online mobile food-ordering company, and ClassPass, a monthly membership service that provides access to boutique fitness studios and gyms, must have also wondered how location impacts a New Year’s resolution to get fit and live a healthy lifestyle. The companies teamed up to analyze data and identify the cities that order the healthiest meals and made the most fitness class reservations. I was surprised New York wasn’t on the list.

Here are the Top 10 Cities Participating in Healthy New Year’s Resolutions, according to the data:

What fitness trend saw an up-tick in participation during the month of January? According to ClassPass, yoga classes were up three percent in comparison to the rest of the year.

How can grocery retailers—both those located in the cities participating in the healthy New Year’s resolutions and those outside of the top 10—help shoppers stay on track? A variety of fresh growers, shippers and marketers answered this question and more in my January story “Revamped Resolutions.”

“Clear signage communicating product benefits, such as gluten-free or organic, is a great way to catch consumers’ attention and increase sales,” says Alison Kellogg, brand manager for Litehouse, based in Sandpoint, Idaho. “Offering recipe cards for simple, healthy meals near the produce set is another way to engage consumers and support their healthy eating habits. When possible, merchandising recipe ingredients in one area or displaying complementary items together can simplify things further.”