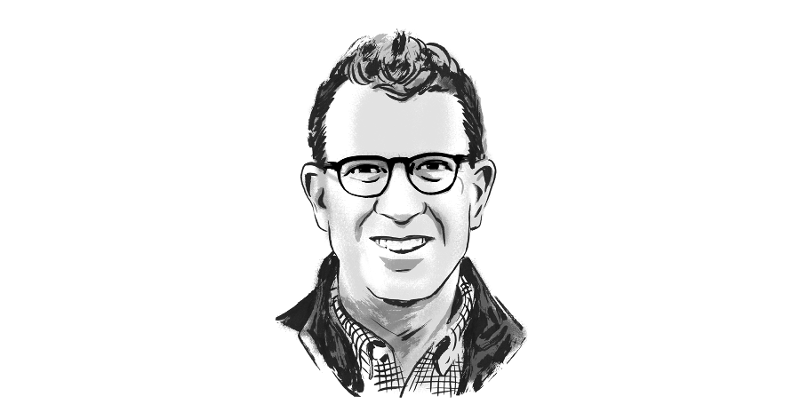 Chris Baggott is the founder and CEO of ClusterTruck, the Indianapolis-based delivery-only kitchen that late last year announced a partnership with Kroger Co.

Jon Springer: The whole notion of “ghost kitchens” is incredibly disruptive to existing food retail establishments. Did you set out with that goal in mind? Where did your idea originate?

Chris Baggott: The truth is, we don’t feel that ClusterTruck falls into the category of Ghost Kitchens the way it’s being defined by Kitchens United.

ClusterTruck is a software platform that drives profitable, vertically integrated delivery-only kitchens. Our software times the cooking of our food with the proximity of our drivers. The goal is to save time in every step of the process and guarantee our customers are always getting hot food no more than six minutes after it’s prepared.

The idea originated when I first took notice of third-party delivery companies while watching the Grubhub IPO about five years ago and thought, “This is never going to work.” As I dug into it, I found a system where the couriers weren’t happy, the restaurants weren’t happy and the customers—judging by reviews—weren’t happy.

With so many moving parts, we concluded it was never going to work without a more streamlined software solution. For example, imagine how FedEx would operate if they didn’t own the planes, trucks, vans and warehouses while also having software controlling the whole operation. In a pre-FedEx world, you shipped a letter or a package and basically were told, “Your order will be delivered in 3-7 days.” FedEx vertically integrated and said, “Your order will be delivered at 10 a.m. the next morning, guaranteed” That’s disruption.

With all due respect, I’m not sure renting cheap kitchens to restaurants can be defined as “disruptive.”

Did you call Kroger, or did they call you? How’d the deal come about?

With five kitchens run by ClusterTruck’s software, we have proven our model works and is profitable. The idea was to target potential partners who could help us scale very quickly. Because Kroger is based in the Midwest like us, it was the first company I reached out to. They were immediately receptive.

For this partnership, Kroger is leveraging our advanced technology to bring the food delivery experience to their customers who won’t have to sacrifice quality and value for convenience.

ClusterTruck is an attention-getting brand name. Can I ask what name finished in second place?

It’s funny that you ask, because there was no second place name, although many have tried to suggest them.

Around here, a “ClusterTruck” is an event where there are several food trucks gathered in one location. We knew we wanted to have a very broad menu, similar to the idea that when several food trucks are gathered together, customers can choose from a variety of cuisines and menu items. We also knew that “ClusterTrucks” helped every food truck business become more successful because different people often want to eat different things. The original idea was to actually license food truck recipes, but that didn’t pan out for a number of reasons, so we kept the concept and chose to develop our own menu.

We were fortunate that no one had previously trademarked the name ClusterTruck, and the domain was easily acquired along with the social media.

To what extent could we see additional integration and cooperation between the Kroger and ClusterTruck brands? Ingredient deals? In-store offerings?

We are in the “barely crawling” stage of “crawl, walk, run.” Our software works because it manages an entire process with the driver as the core constituent. Where our competitors can get a driver maybe 1.2 jobs per hour, our system algorithms can manage four to six jobs an hour for one driver. This model substantially increases their income while at the same time dramatically lowering our delivery costs. To our knowledge, we are the only company in the space that can do this profitably without service or delivery fees.

So, what is the ultimate opportunity? We can probably deliver anything, right? There is also an interesting opportunity with grocery chains because they have existing and often underutilized kitchens. Kroger has 2,800 locations already. We discussed earlier that our goal is to expand quickly. Preexisting kitchens would really accelerate that goal.

You also lead an organic protein company, Tyner Pond Farm. What did you learn there that’s been useful in your current gig?

Well, we are still in the farming business too. Honestly, that business is what led me here. With Tyner Pond Farm, we mostly sell to consumers, but also developed a couple of our own restaurants. That gave me my preliminary experience with the friction caused by third-party delivery.

Fill in the blanks: I thought the hardest part of this job was going to be software but it’s turning out to be marketing.

Is Indianapolis a Reds town or a Cardinals town? Where do you stand on this important issue?

I’m not a native, but can tell you this is basketball country. … I never hear people even mention baseball!

Best river you ever paddled? Best mountain you ever skiied?

Best river is the Gauley in West Virginia, and the best ski town in America (maybe the world) is Crested Butte, Colo.—but don’t tell anyone.

Selfishly, I would say that it is our pasture-raised pork and grass-fed beef. We have outstanding conditions and soils to raise amazing meat outside.