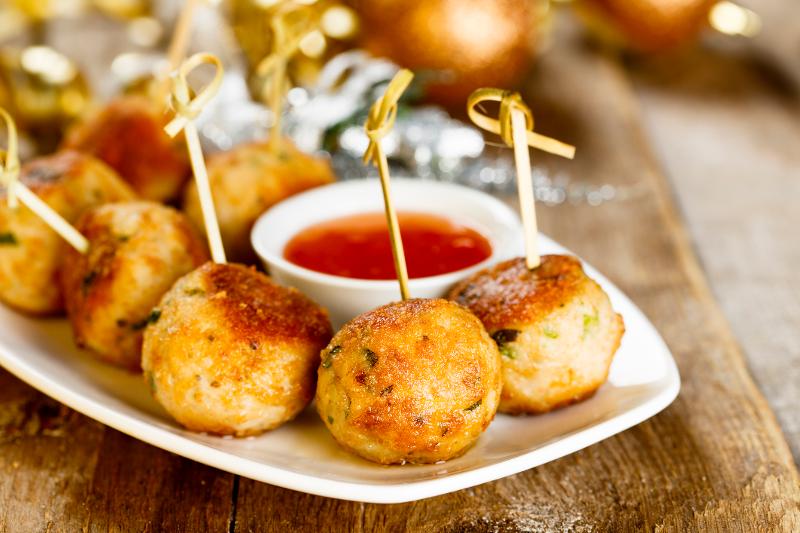 The countdown to the 2017 holiday season is here. And if past years are any indication, consumers will be turning to their local supermarkets’ prepared foods departments when developing menus for celebrating the season.

Together, these findings help paint a rosy picture for prepared appetizers during this year’s holiday season.

According to The Power of Fresh Prepared/Deli, a November 2016 report from the Food Marketing Institute (FMI) in conjunction with Nielsen, convenience is the main driver of shopper behavior. In fact, most respondents in the FMI study cited ease of preparation and/or time savings as the driving factors in their decision to purchase prepared food products.

Where appetizers are concerned, there are several different dishes that are in demand. Nelson cites stuffed hot peppers, egg rolls and mushroom appetizers as the top food items driving growth in this space, while Technomic’s MenuMonitor highlights breads (28%), breaded and non-breaded proteins (12% each) and salads (47%) as top growth categories.3

Top cuisines on restaurant menus currently include Asian and Mexican while flavors like onion, garlic, and spicy are also trending. These can be easily incorporated into prepared appetizer offering from grocery stores to further ensure that offerings are meeting shopper demand.

Grocery stores with well-stocked prepared foods departments are poised to capitalize on consumer penchant for convenience during the hectic holiday season. But that built-in convenience factor means nothing if prepared appetizer offerings fall short.

Nelson notes that on average, food retailers only have six appetizer offerings, but in other prepared foods categories—such as sides, entrees or desserts—the average is 20 items. This means that expanding the number of appetizer offerings is critical for succeeding in the space.

While selection and how appetizers are promoted will vary by location and customer base, adapting to trending tastes and implementing the following ideas can help elevate prepared appetizer offerings and boost sales this holiday season.

Focus on popular categories. Since stuffed hot peppers, egg rolls, mushrooms, breads, breaded/non-breaded proteins and salads are among the prepared appetizers customers are embracing, retailers should be sure to incorporate them into their offerings. By taking it one step further and incorporating holiday twists–think ingredients like pumpkin, turkey, cranberry, ginger and cinnamon–operators can create seasonal relevance for those shoppers looking to build out their holiday party menu.

Plan in-store tastings. FMI reports that the number one way shoppers learn about a store’s prepared foods program is by seeing or trying samples when they are in the store. Sampling appetizers not only gives consumers a chance to taste the craveable options that are available, it can also lead to increased sales, per a report from Sampling Effectiveness Advisors which notes that 73% of consumer say they are more likely to buy a product after trying it. Consider hosting a holiday meal planning seminar utilizing prepared appetizers or set up sampling tables in the deli during November and December to introduce customers to your appetizer options.

Make prepared appetizers available for online ordering. Don’t rely on foot traffic to boost holiday appetizer sales—especially in this era of e-commerce. Deloitte predicts that e-commerce sales overall will increase 18 to 21% during the 2017 holiday season. Take the lead by offering the option to order party appetizers online.

Whole Foods customers, for example, can place orders for appetizer platters of crostini, spinach-stuffed mushrooms, crudités and the like with a simple click of a button.

Prepared appetizers aren’t going anywhere—in fact, they’re becoming a necessity for grocery stores looking give their shoppers what they’re looking for, great tasting options that help save time. By offering shoppers a range of appetizer choices in-store and online, the prepared foods category can grow and thrive. Once people know how easy and convenient—not to mention delicious—prepared appetizers are, they’ll likely stop in for what they need—and then some.