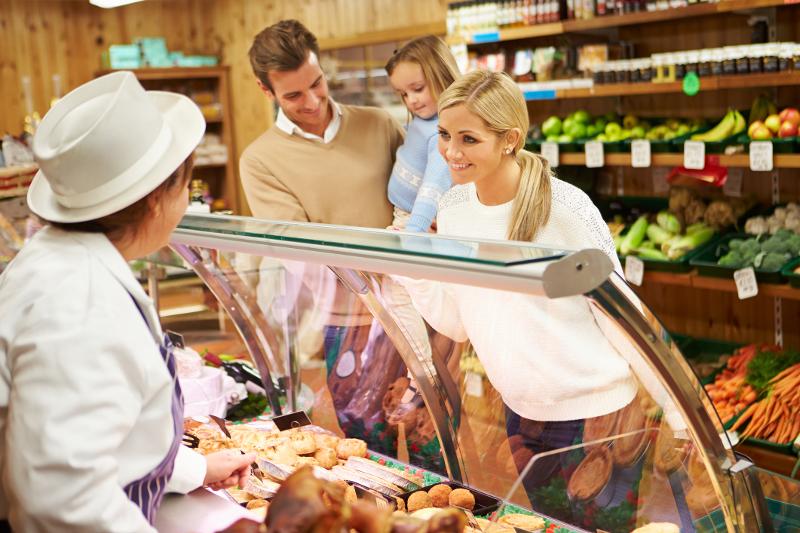 Ever since Mariano’s opened its 73,700-square-foot supermarket in Chicago’s booming Lakeview East neighborhood in August 2016, signature specialties have been part of the company’s marketing plan.

The 41-unit regional chain, which debuted in suburban Chicago in July 2010, is built on the concept of delivering fresh, high-quality products in a neighborhood shopping environment complete with signature amenities such as a robust prepared foods department and in-store cafes.

At the Lakeview location, those amenities include the Four Star Burger Bar, featuring burgers named for police or fire stations in Chicago; and Todd’s BBQ, a barbecue-within-a-supermarket concept.

It’s a concept that has become big business over the past decade.

According to The NPD Group, in-store dining and takeout of prepared foods from grocers has grown nearly 30% since 2008, with 40% of the U.S. population purchasing these items from food retailers. This growth accounted for 2.4 billion foodservice visits and $10 billion in consumer spending in 2015.

These statistics illustrate how important ramping up prepared food offerings can be as the worlds of restaurant foodservice and food retail collide, each competing for a share of consumers’ dining dollars.

Shoppers are increasingly warming up to supermarkets as a go-to source for fresh meals, yet they still crave the variety and quality of food they find at their favorite restaurants for both on-premise and off-premise consumption.

In fact, 70% of U.S. consumers say the food they encounter in restaurants affects what they’re looking for when they head to their local supermarket, according to the What’s in Store 2017 report from the International Dairy-Deli-Bakery Association.

Many of those consumers are seeking signature products.

At full-service restaurants, for instance, Technomic’s 2016 Future of FSR Consumer Trend Report, powered by Ignite, found that 53% of consumers say that the ability to choose signature items they can’t get anywhere else is a key traffic driver. And because consumers’ eating and dining habits tend to overlap between restaurants and grocerants, food retailers should consider offering signature, exclusive items as well.

Like Mariano’s, other grocery retailers are discovering that “signature” can mean sales in the prepared-foods arena.

In April 2016, Albertsons Cos. launched Signature, an exclusive store brand, in all 18 of its banners, including Albertsons, Safeway, Vons, Jewel-Osco, Shaw’s, Acme, Tom Thumb, Randalls, United Supermarkets, Pavilions, Star Market and Carrs—2,286 stores in all. The brand includes the Signature Cafe line of specialty sandwiches made with Primo Taglio meats and cheeses.

And last year, the Whole Foods Market in Tigard, Ore., featured a street-food cart in the prepared-foods department with a rotating menu of chef-prepared entree salads.

Creating signature items might seem like a daunting task. But with a little creativity, retailers can create exclusive dishes that will make their store a dining destination.

Whatever the approach, signature selections are a must for the prepared-foods department. By merchandising items unique to their location, operators can boost traffic and increase profits.