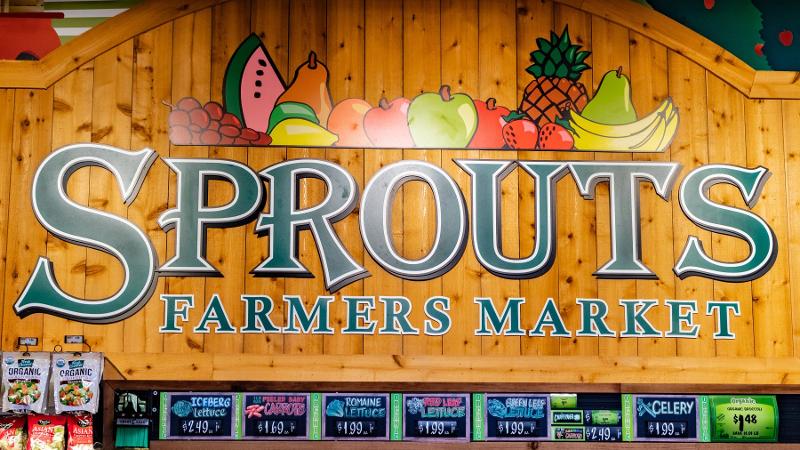 Sprouts Farmers Market built its brand on the strength of its produce department. But deli ruled the grocer’s third quarter, with fruit and vegetables sales fading a bit, the company reported Tuesday.

Inflation is prompting shoppers to put one fewer item per trip in their basket, Sprouts said. That item tends to be fresh produce.

“Even though we are competitively priced every day in produce, we believe our customer is managing their overall basket spend by eliminating the extra produce item,” Sprouts CEO Jack Sinclair told analysts Tuesday, according to a transcript from financial services site Sentieo.

Customers are instead swapping in deli items and prepared foods such as sandwiches, salads and snack boxes, company executives said.

“It’s a customer that’s taken us where we need to go in terms of meals and prepared meals,” Sinclair said. “And we’re seeing a strength in that business and the team have done a nice job of developing some great products that fit in with our health and attribute-based assortment.”

For the quarter ended Oct. 2, Sprouts reported net sales growth of 5%, to $1.6 billion, compared to the same period a year ago. Same-store sales increased 2.4%.

E-commerce sales grew 19% during the quarter and now make up 11.1% of Sprouts’ total sales.

Sprouts opened one new store during the period, for a total of 379 markets in 23 states.

The grocer said it has aggressive growth plans, with a pipeline to open seven new stores during the fourth quarter for a total of 16 new stores in 2022, and plans to open “at least” 30 new locations in 2023. Sprouts said it is “on a path” to open more than 40 new stores by 2024.

“A few years ago, we set out to open 10% new stores every year,” Sinclair said. “We’ve not delivered on that goal, given the permitting and supply chain challenges created by the pandemic.”

The retailer recently rolled out a new real estate tool that helps Sprouts model potential new store locations and conduct sales forecasts. Based on recent findings, Sprouts said its brand can support a total of 1,350 markets around the country.

Another bright spot for Sprouts has been private-label items. In 2022, the grocer launched 400 additional private-label products and repackaged more than 450 others with an updated design to highlight product attributes, the company said.

A strong third quarter prompted Phoenix-based Sprouts to raise its full-year 2022 guidance, with predicted same-store sales growth of roughly 2% and net sales growth of between 4.5% and 5%.