Consumers have been outspoken in numerous Tyson Foods studies, saying what’s most important to them is to be inspired with meaningful and memorable meal experiences without the complicated meal prep hassles. But, how can brands successfully engage with shoppers to offer the resources they need, especially in today’s digital culture? You meet up for a taco.

Recently, a team of explorers from Tyson Foods teamed up with Arizona’s hometown grocer, Bashas’, to implement a branded experience that would provide engagement opportunities, both personally and digitally, for a mostly millennial audience. Our team, led by Brad Bennett, a channel marketing manager for Tyson Foods, Deli Division, discovered the ideal platform for both at the Arizona Taco Festival. 2

Our work began by elevating Bashas’ festival participation pre-event to boost the brand’s presence. As the exclusive grocery sponsor, they were included on social media, press releases, ads and the event website. We also created a custom taco recipe with video by Chef Joanie Simon and offered discounted festival tickets with qualifying Bashas’ deli purchases. 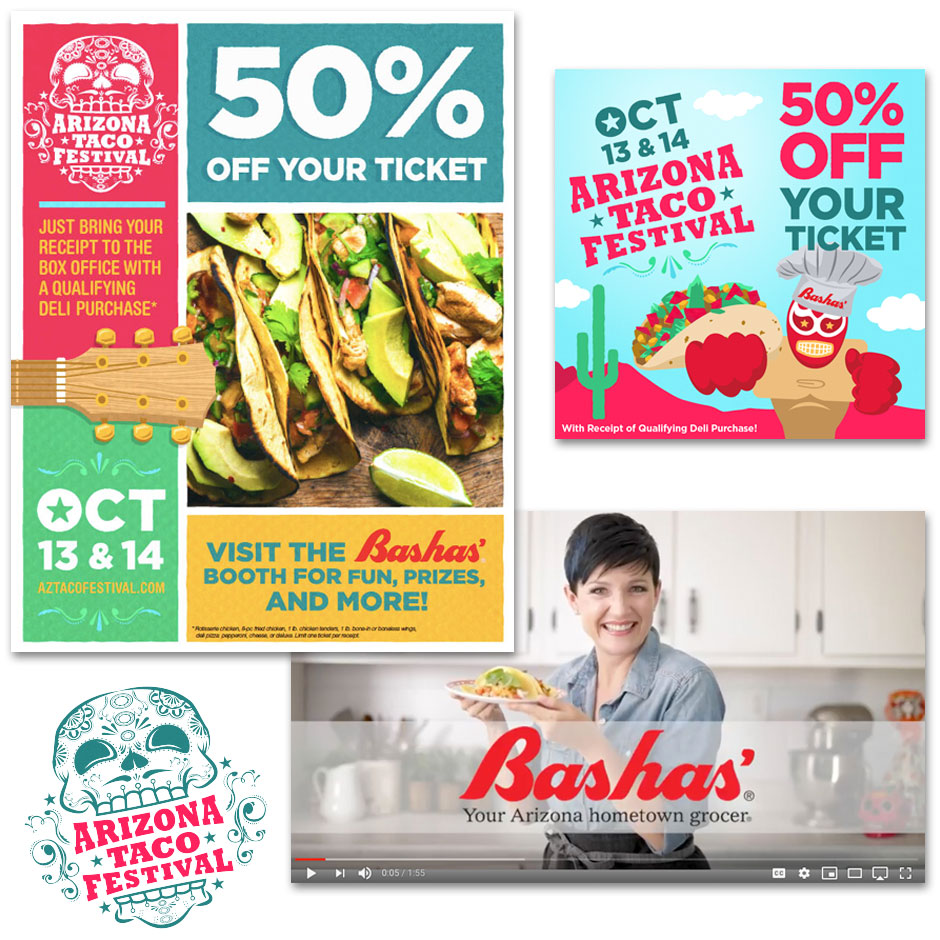 During the event, the consistent flow of traffic and response we received proved that a brand experience is not just about the product. It is about offering engagement opportunities to consumers and providing incentives that will drive them into stores later by inspiring them with meal trends, made easy with rotisserie chicken from the deli. More than 500 attendees visited Bashas’ photo booth and engaged in sweepstakes opportunities by sharing their photos on social media, yielding an estimated 200,000 impressions for the Bashas’ brand. 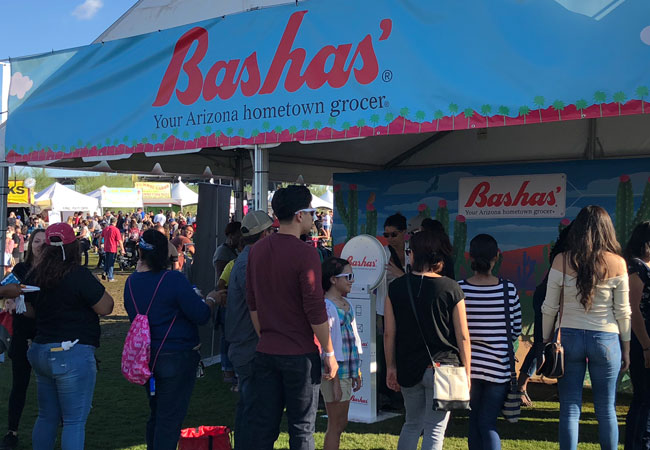 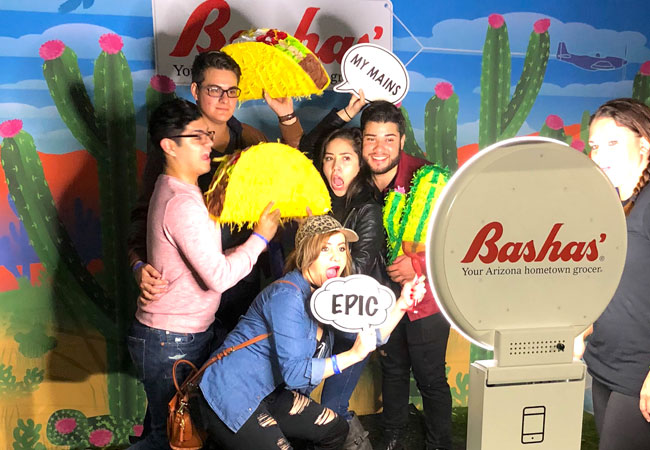 We were able to create an experience that allowed brand ambassadors to engage one-on-one with visitors, generating a personal connection and face to the brand. We also went the route of NOT sampling food and, instead, gave out cool branded giveaways. Millennials were seen rocking the Bashas’ branded sunglasses all over the festival. 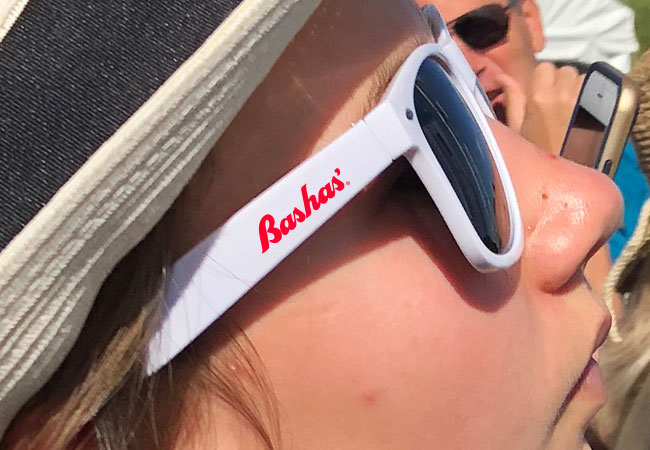 At the festival, Bashas’ demonstrated continued support for local community events while priming a mostly-millennial audience to further engage with the brand through their preferred communication and entertainment platform – social media. Interactive activities including the photo booth and sweepstakes drawings sparked 695 total estimated shares on Twitter and Instagram, which reached approximately 62,745 total viewers and generated 200,711 impressions across the web. 3

Having celebrated its eighth year, the Arizona Taco Festival now occupies a permanent position on Arizona’s annual calendar of signature events. More than 35,000 festivalgoers flocked to Salt River Fields in Scottsdale to taste the most delicious tacos from the valley’s best restaurants and food trucks. This event was one of six festivals we visited during our 2018 Food Quest, during which we explored unique opportunities to create lasting connections with shoppers. 4

As the millennial melting pot continues to shape the profile of American demographics, the nation’s collective menu is following suit. Multi-ethnic foods and beverages were a $10.7 billion industry in 2018. Tequila sales have more than doubled in the last decade from $962 million to $2 billion and tacos are leading the way…up 42% since 2009. 5

Statistics such as these confirm events like this are more than a fad. They are conversation changers that deli needs to explore. The Arizona Taco Festival was the ideal platform to connect consumers through suppliers and local retailers with the meal experiences they seek.