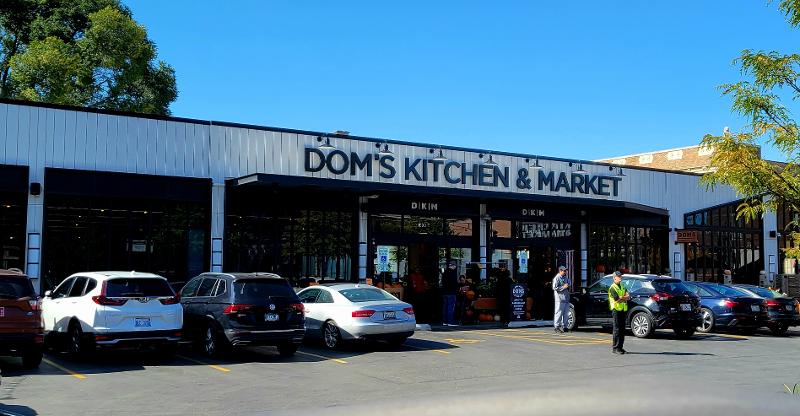 A shopper would be hard-pressed not to find something for lunch or dinner upon walking into Chicago’s Dom’s Kitchen & Market, the upscale grocery-restaurant hybrid from a trio of veritable grocery royalty—who all have ambitious growth plans.

That buffet of easy meal options is, of course, by design.

On a recent clear-blue fall afternoon, the late-lunch crowd at the 17,800-square-foot Dom’s location in the city’s Lincoln Park neighborhood could choose from made-to-order sushi or fresh-grilled burgers or a rainbow of Bonci pizza displayed like artwork behind glass. The bar poured lattes, as well as wine and beer.

There’s grab-and-go cut fruit and salads and paper sacks filled with dinner fixings, and plenty of seating should shoppers want to dine inside. 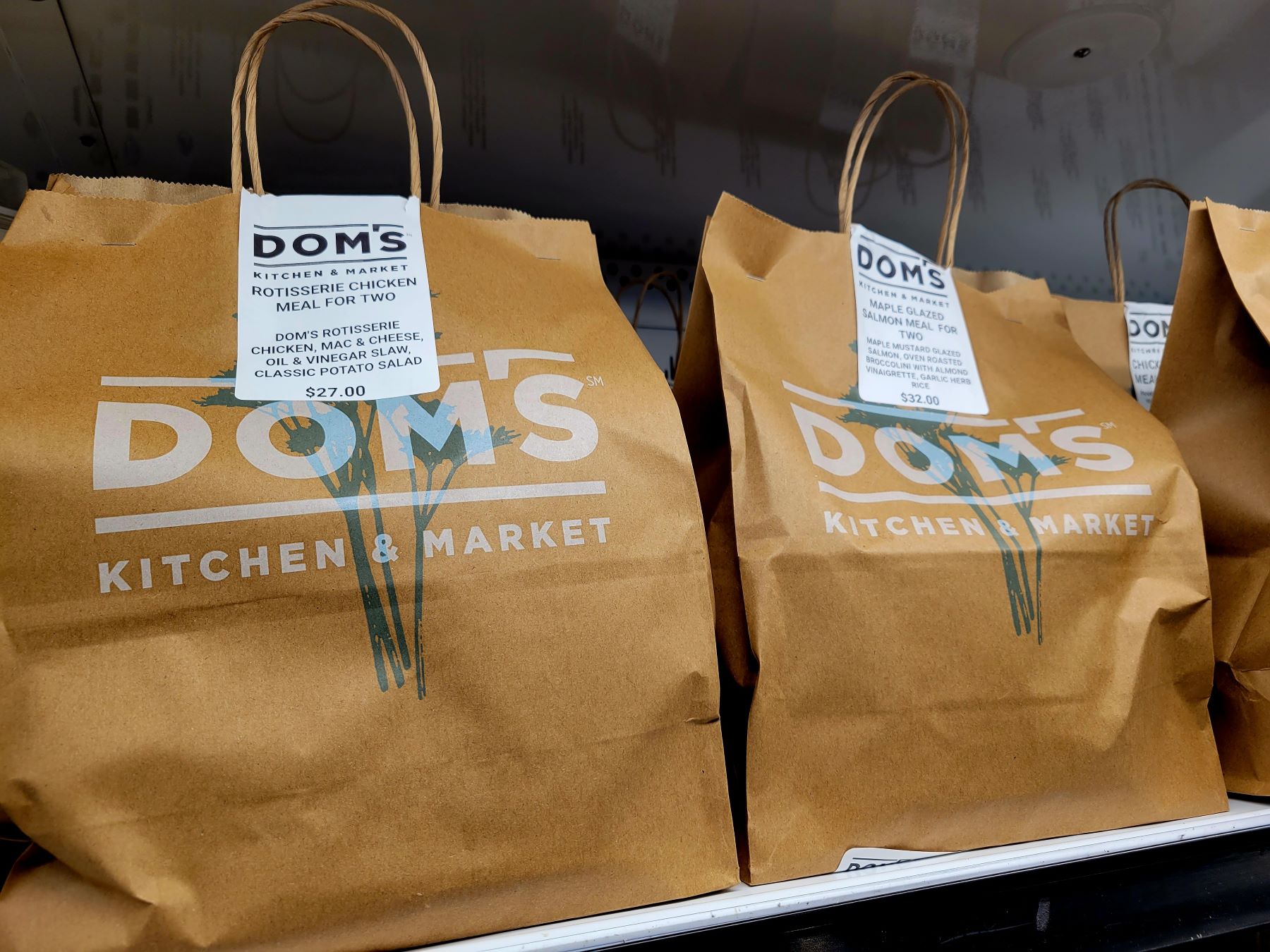 Retail foodservice at a typical grocery store accounts for a low-double digit percentage of total sales. At Dom’s, that number is currently in the low 30% range, Jay Owen, Dom’s co-founder and chairman, told WGB. (Owen is the great-grandson of Dominick’s founder Dominick DiMatteo. He’s joined at the helm of the chain by Mariano’s founder Bob Mariano and former Dominick’s executive Don Fitzgerald.)

“We’re seeing that steadily increase and we think that at maturity we’re probably more like 40% in terms of foodservice,” Owen said. “We’re trying to blend the lines between the kitchen and the market.” 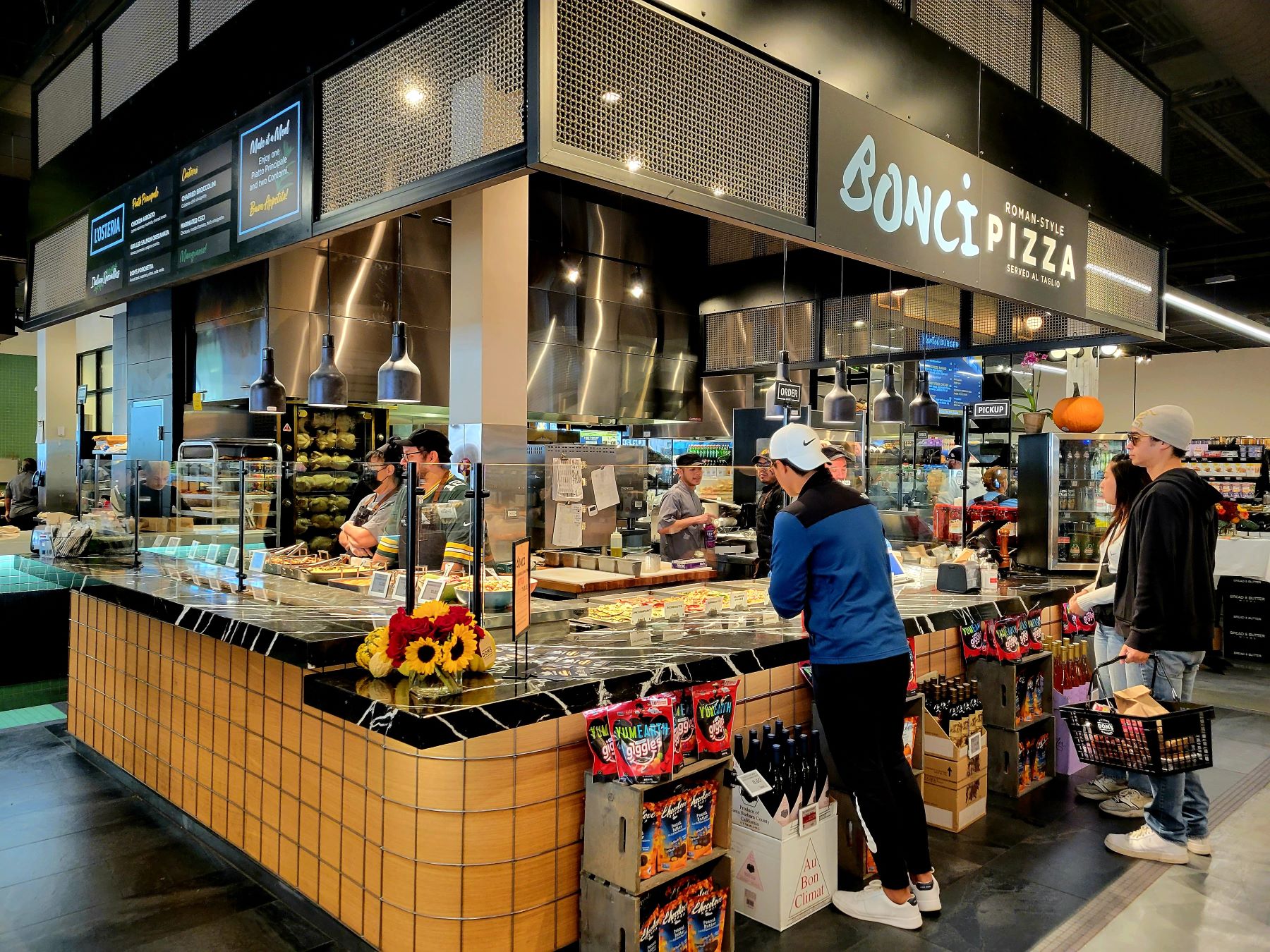 Dom’s is slated to open its second location, in a former Plum Market storefront in Chicago’s Old Town neighborhood, on Nov. 1.

And Owen said Dom’s is “very close” to signing a lease for a 22,000-square-foot space in the city’s Fulton Market area. If all goes as planned, construction on that store would start near the end of 2023, with a planned opening in mid-to-late 2024.

“We do have a number of other locations we’re looking at right now,” Owen said, noting that none of the other locations had been made public just yet. “We would expect we’ll have at least one or two open before Fulton Market would open.” 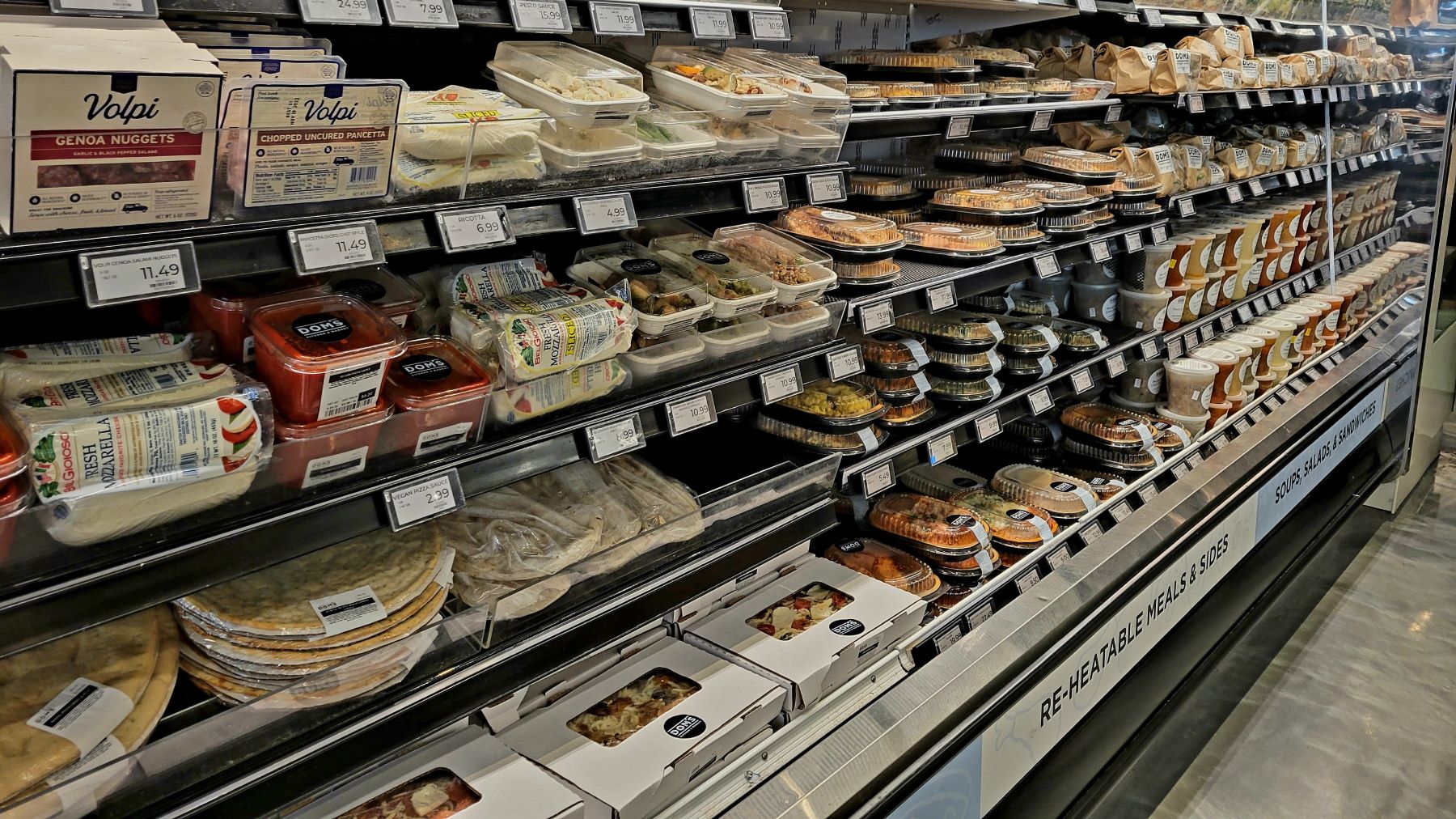 On Friday, the retailer announced the debut of Dom’s Go, an app for grocery delivery, as well as order-ahead in-store and curbside pickup. It might be seen as an out-of-the box move for a retailer so focused on the in-store experience, but Dom’s has been working on the app since the first store opened in June 2021, Owen said.

“We really view it as being compatible to our store experience,” he said. “Our customers are going to get to know Dom’s through walking in the front door of a Dom’s store. That’s how they get to know us. That’s how we develop a relationship with them. We view our app as an extension of the store. We continue a relationship with our customers even when they’re not in the store.”

Customers have increasingly asked for curbside pickup, he said. Delivery orders are picked and packed by Dom’s employees before being delivered to customers via Uber Eats. 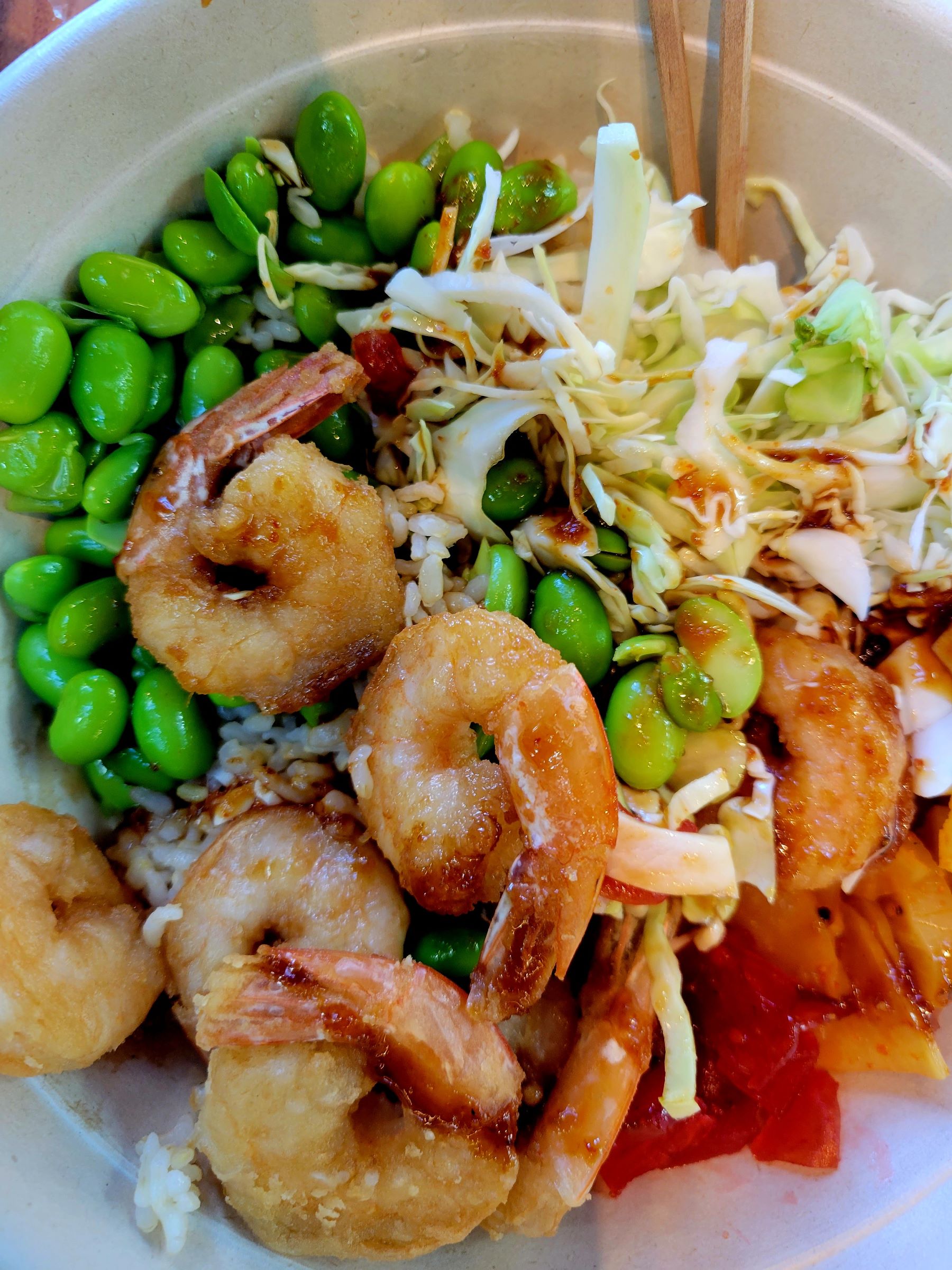 One thing Dom’s is not and will never be is a low-priced grocer. But Owen said the chain’s leadership is mindful of the kind of value it does provide.

“We’re entering a really uncertain time for the consumer,” he said. “We think where we sit and the types of products we offer will actually become more important to consumers going forward. If you look at our store, and the pricing, what you will see is we try very hard to offer value to our customers. When we think about value, we think of our competition. But we also think the context of the overall experience that we’re providing to our customers.”

In Lincoln Park, the store’s best customers visit three or four times a week, he said. They might come in for coffee and pastry in the morning, and dinner and grocery items at night. Owen expects Dom’s digital channels to be used for stocking up, as many customers typically walk to the store.

“We definitely see smaller basket sizes but higher frequency for sure,” he said. “We’re seeing larger basket sizes on the digital channel than in the store.”