With e-commerce becoming a major focus of retailers’ investments and initiatives, an often overlooked challenge is how to get digitally savvy customers back into the grocery store.

While digital shoppers tend to stick to a set list of items they plan to purchase, brick-and-mortar browsers are keen to make impulse purchases and go off course from their planned buys, often leading to larger basket rings. So what would make a shopper choose to walk into the grocery store instead of having their groceries ready for pickup or delivered to their door?

Will Eadie, VP of sales and strategy for Montreal-based digital workplace provider Workjam, advises that having a foodservice or drink-based franchise in-store can be a huge foot-traffic driver.

Customers may not want to stop off at the grocery store just to grab a few salads on the way home, Eadie says, but if there is a franchise present, they may say, “I could kill two birds with one stone. I’m going to go in and get the milk and a couple of other small staples, and I’m also going to pick up dinner and my coffee.”

This is especially important in grocery, he says, because outlets such as traditional retail, apparel and even big box have conversion rates of 20% and 40%, while grocery boasts a purchase conversion rate of nearly 100%. “You’re not walking into a grocery store just to browse,” he says. “For grocers, it’s not conversion once you’re in the store. Adding things like franchises to a grocery box aims to actually the people to come to the destination—it’s the big difference.”

Eadie warns, however, that franchises come with their own challenges, including staff training. If a customer has a bad experience at an in-store franchise, he says, they will blame the retailer, so grocers must ensure franchise staff is trained to keep up with the retailer’s core values and codes of conduct.

West Des Moines, Iowa-based Hy-Vee, for example, does just that when it comes to its growing franchise program with Wahlburgers, the brainchild of the Wahlberg family, including Paul and actor brothers Donnie and Mark. 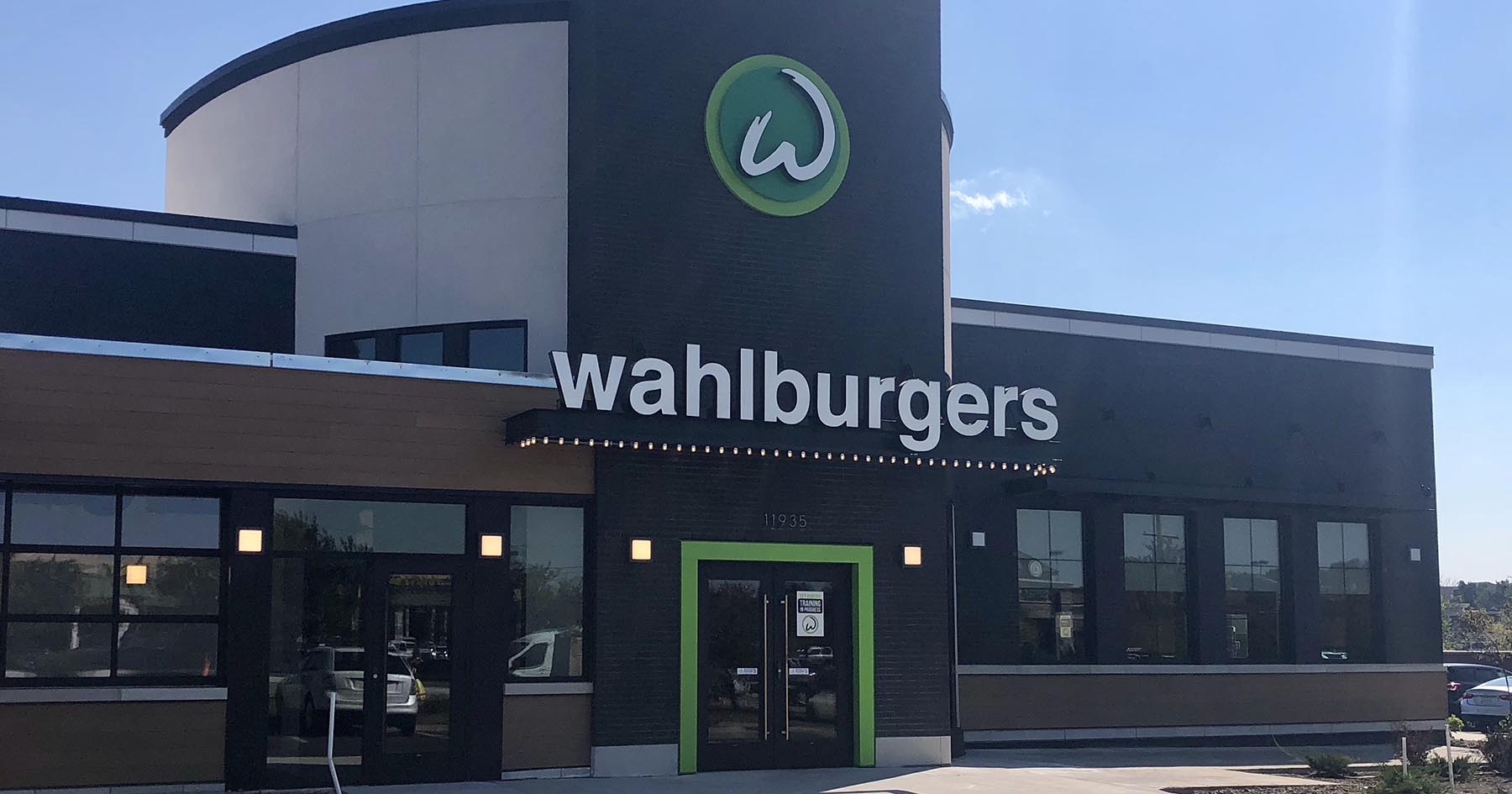 How Hy-Vee Is Doing It

Tina Potthoff, Hy-Vee’s VP of communications, says the retailer hires its employees to be Wahlburgers employees and work at its restaurants, but they are also trained to “learn about Hy-Vee’s core fundamentals regarding excellent customer service as well as go through Wahlburgers’ training regarding an incredible customer experience and amazing meal,” she says.

Potthoff says customers have been “incredibly responsive” to the restaurants, and Hy-Vee has been able to add value by cross-promoting items, such as Wahlburgers At Home beef products and events at Wahlburgers locations via in-store signage and social media mentions.

In addition to training franchise employees on store policy, Eadie says, retailers can cross-train staff to pick up shifts in both the restaurant and grocery store, which is a win for the company and also for employees hoping to get more shifts.

Leave It to the Robots

Some franchises operate without the need to train employees at all, operating via robot instead. Robotic frozen-yogurt machine company Reis & Irvy’s, based in San Diego, drives foot traffic and sales while boosting the customer experience, says Nick Yates, chairman and CEO of parent company Generation Next Franchise Brands.

In addition to drawing shoppers in through word of mouth, Reis & Irvy’s works with retailers to leverage digital opportunities. Its search engine optimization team is key in the strategy: When people type in “Reis & Irvy’s” on Google or other search engines, they will find the retailer’s robot, which Yates says drives customers to the location. That equates to more traffic and higher profits for the retailer. 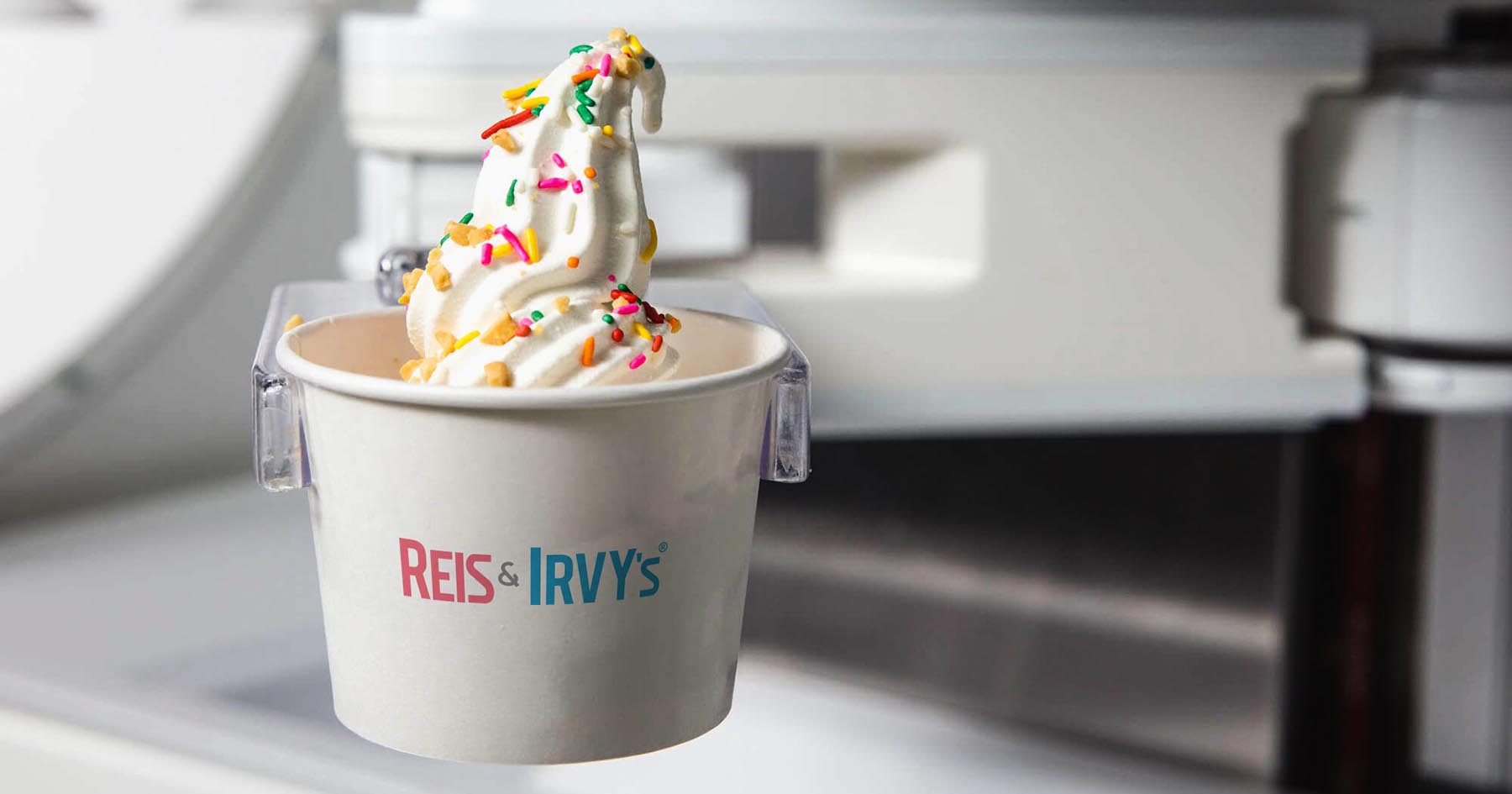 “A combination of local landing pages, content marketing and social media techniques are the ingredients that will get our kiosk found easily every time someone looks for the consumable,” he says.

While in-store franchises can benefit the retailer, employees and shoppers alike, they can add to a store’s overall footprint. However, Matthew Hollis, president of Columbus, Ohio-based waste management service Elytus Ltd., says there are plenty of ways for grocers to keep this waste to a minimum.

Conducting frequent inventory counts is one of the best ways for grocers to keep tabs on the amount of food used and quantity wasted, Hollis says. Grocers must also benchmark the waste volume the franchise creates, he says, because “without a baseline, it is impossible to understand how effective any potential changes are once implemented.”

Also, employees must be educated on correct disposal methods and the food waste epidemic in the world, Hollis says. “When the whole team cares, it’s easier to investigate and apply all possible avenues for food waste reduction,” he says.

There are also equipment options that can help retailers keep food waste under control, Hollis says. Smart waste bins allow staff members to weigh and describe the waste before throwing it away; dehydrators and digesters can be key if the franchise is dealing with a high volume of food waste.

“These machines can limit the weight and volume of your food waste and turn it into a useful material for composting,” he says. Food waste diversion, such as donating edible food waste to food banks and other organizations that distribute food to insecure populations and paying attention to “Best by” dates, are other great ways to keep a franchise as green as possible, he says.