America is putting away an astonishing amount of pizza. According to its most recent Pizza Consumer Trend Report, WGB’s Chicago-based sister company Technomic Inc. found that 43% of consumers eat pizza at least once a week.

A look at the top five grocery chains for pizza foodservice orders further reveals that a winning combination of price and quality are what consumers seek most from a grocery deli pizza experience.

Which Retailers Are Rolling in Dough?

According to Technomic, the top five chains for foodservice pizza orders based on the percentage of consumers ordering that category are:

Even better news for grocery retailers—consumers are enjoying pizza throughout the day. Technomic reports that across 24 retailer chains tracked (from Q4 2017 to Q3 2018), 12.6% of customers had pizza during a recent foodservice visit, and 16% of pizza purchases took place during a snack occasion (as opposed to lunch or dinner).

A closer look at Technomic consumer feedback from nearly 9,400 shoppers reveals that many consumers, but particularly Costco foodservice shoppers, value the importance of a delicious deal. The club store, which sells generous pizza slices for $1.99 and whole 18-inch pies for $9.95, is now the 14th largest pizza retail chain in the country, according to Business Insider.

Among Costco foodservice consumers surveyed, Technomic found that shoppers most frequently touted the Issaquah, Wash.-based chain of club store’s pizza as “affordable,” “delicious,” “reasonably priced,” and “cheap,” along with being craveable and unique.

While many consumers are driven by price or a meal deal when it comes to pizza foodservice at grocery, others are motivated by high-quality ingredients and interesting flavor combinations. Technomic’s report found that 49% of shoppers want more authentic pizza offerings, and 44% of shoppers choose pizza operators who use high-quality/fresh toppings and ingredients.

This bodes well for grocers looking to get creative with their foodservice pizza programs, going beyond the basics and bringing some excitement to the prepared foods area, deli, grocerant or hot food bar, depending on where they prepare and merchandise hot pizza.

Supermarkets by the Slice

What’s trending in pizza across the country? Here’s a look at what flavor sensations grocers are serving up in their neck of the woods.

Publix delis offer an array of Flatbread Pizzas in varieties such as Spinach, Artichoke and Chicken; Pizza Bacon Cheeseburger; and Buffalo Chicken.

Tops Markets LLC bills itself as “Your Home for Pizza” to its shoppers. In addition to promoting handcrafted ingredients, Tops offers customizable “Pick 8” pizza specials, in which consumers can select eight slices from the day’s pizza offering and create a custom pizza. Slice choices include traditional sausage supreme, pepperoni and Margherita cheese, as well as unique varieties such as broccoli chicken, three-cheese steak, chicken wing and white pizza. 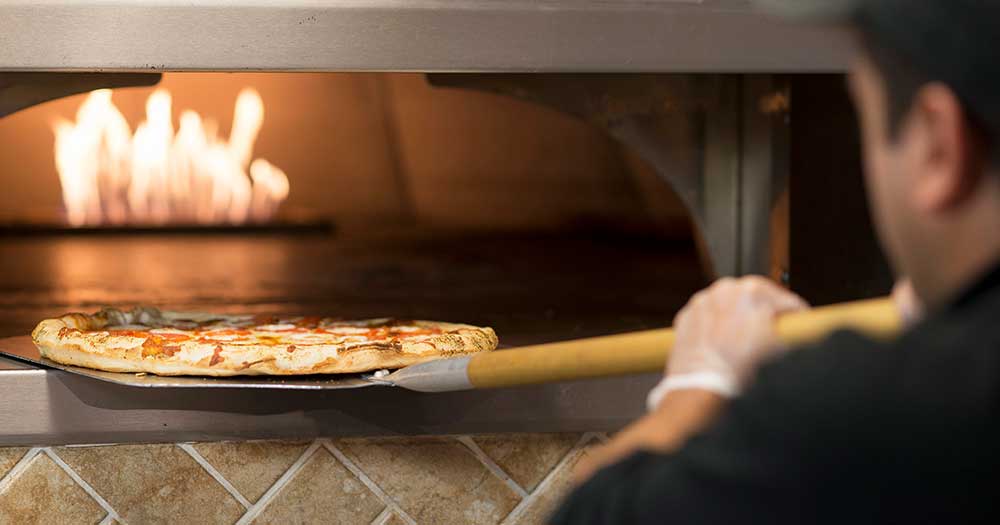 Consumers aren’t just snacking on pizza throughout the day, they’re waking up to pies at the Market Street chain of stores, which offers a variety of breakfast foods to go, including hot breakfast pizzas. 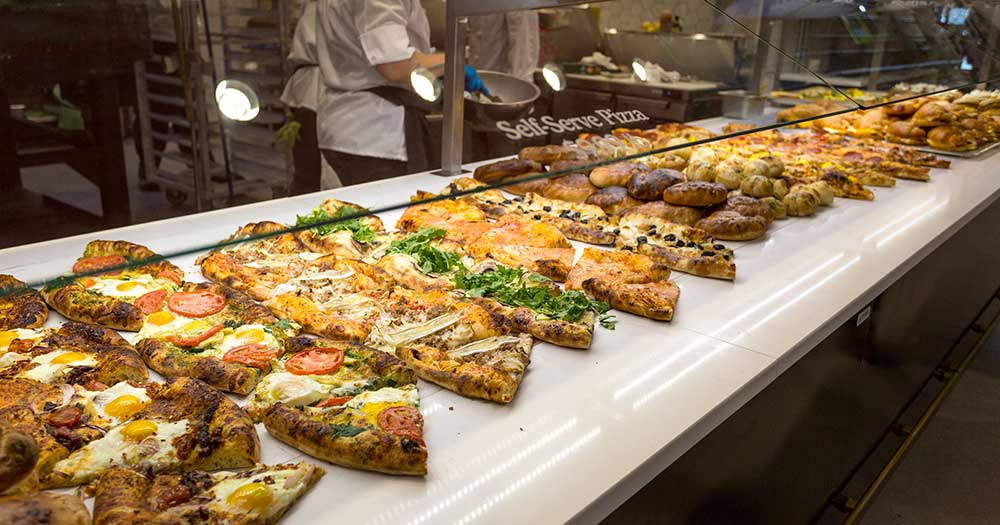 Going toe-to-toe with pizzerias and hot restaurants, Whole Foods Market and AJ’s Fine Foods have both introduced wood-fired pizza ovens in many of their locations to combine the theatrics of food preparation with just-made whole pizzas, slices and calzones.

AJ’s Fine Foods sells wood-fired pizzas under its own Cucina Italiana foodservice brand, with choices such as chicken, pesto, and artichokes and chicken cacciatore, in addition to standards such as five-cheese, meat lovers, spinach and barbecue chicken. 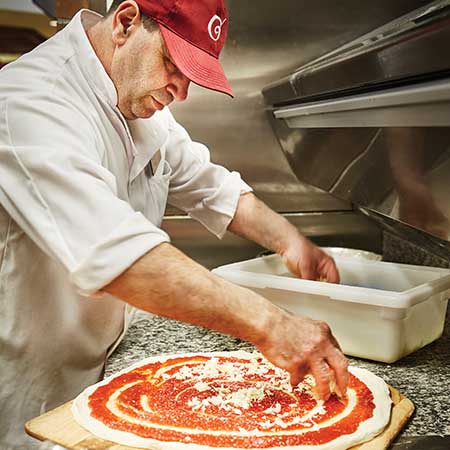 Nugget Markets offers bi-coastally inspired pizza creations that are sure to satisfy every pizza lover. At its El Dorado Hills, Elk Grove and Roseville stores, it offers fresh-baked specialty pizzas to order, as well as New York-style pizzas with a range of traditional and gourmet toppings.

What’s playing in Peoria and Palo Alto? Technomic breaks down the types of regional pizzas consumers are ordering across the country.