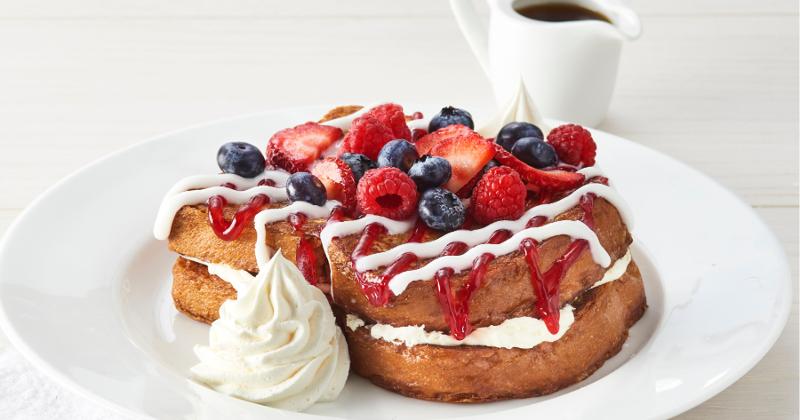 The new made-to-order menu features skillets, with eggs and homestyle potatoes as a base and various meat and veggie ingredient options; pancakes, including apple pie pancakes with caramel, cinnamon and whipped cream; waffles in Nutella Banana or Sweat Cream; omelets, with four varieties available as well as an option for customers to create their own; French toast, including a Berry Bliss Stuffed French Toast; and sandwiches and platters.

The menu also includes “classics,” such as eggs served with sausage or bacon, toast or pancakes and potatoes or fruit; biscuits and gravy; oatmeal; a breakfast burrito; and a gourmet cinnamon roll.

In addition to fresh-squeezed orange juice, coffee, milk, tea and soft drinks, some Hy-Vee locations will offer a menu of breakfast cocktails, featuring mimosas, including a flight that includes four varieties; sangrias and margaritas; bloody marys; spiked coffees; and more. Breakfast hours will vary by store, Hy-Vee said on its website.

In celebration of its “Best Breakfast in America” menu, the West Des Moines, Iowa-based retailer held an event June 24 at its Blue Springs, Mo., store to break the Guinness World Record for largest serving of pancakes. An adjudicator was on-site and declared the record officially broken when Hy-Vee chefs and employees flipped the 12,717th pancake. The team, however, continued to cook and ended the event with 13,000 pancakes at 12:16 p.m. The previous record was 12,716 pancakes set in 2017 in Moscow, Russia.

Hy-Vee has more than 280 retail stores across eight Midwestern states.