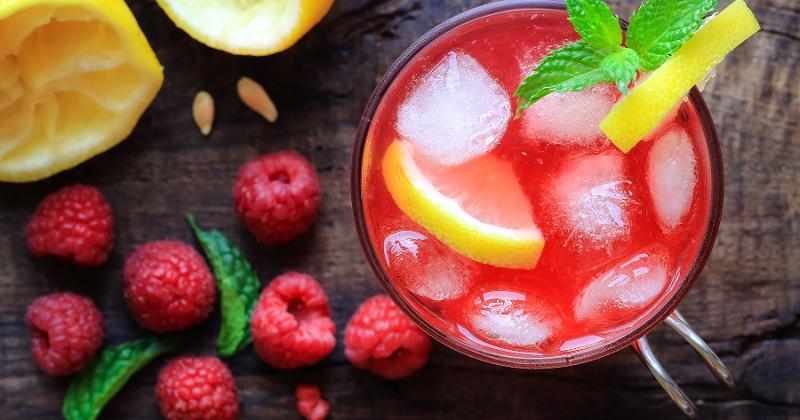 Some supermarkets have attracted shoppers to their in-store service areas that offer alcoholic beverages. Customers at Gelson’s in Long Beach, Calif., for example, can savor a glass of wine at the store’s wine bar, while patrons of some Mariano’s stores in the Chicago area can ease into their weekend morning by sipping on a mimosa or unwind after work with a craft beer.

That said, there is a market for creative nonalcoholic drinks that are somewhere between a smoothie bar and an over-21 bar. As a recent story in NPR’s The Salt blog shows, there is a segment of the population, including teetotalers and those who can’t drink for medical reasons, looking for creative nonalcoholic drinks. That blog post pointed to bartenders and niche beverage companies offering artisan “mocktails.”

Other trend-watchers have noted the thirst for almost-cocktails. Earlier this year, the “Eat This, Not That” blog noted that mocktails are mixed with all kinds of trending ingredients, including functional ingredients like fresh-press juices, herbs and spices.

Christine Couvelier, a self-described global culinary trendologist and an executive chef, called out mocktails as a significant trend this year. She also highlighted cocktail-inspired drinks with functional and flavorful ingredients, infused with fruits and teas and sweetened naturally with maple or birch syrups.

Recent research from Technomic backs up the desire for flavorful mocktails, also known as soft cocktails. In its “2017 Away from Home Beverage Study,”  Technomic found that grocers spent $181 billion on beverages in restaurants last year, spanning soft drinks, teas, coffees, juices, energy drinks, enhanced waters and other drinks. The report projects specialty drinks to grow considerably over the next three to five years, a segment that includes mocktails.

Heeding the trend, some CPGs have introduced products that appeal to the teetotaling consumer, underscoring the potential of beverages offered at in-store foodservice points. Ocean Spray Cranberries, Inc., for example, launched a line of drinks called Mocktails, nonalcoholic drinks inspired by cocktails. Varieties include Cranberry Peach Bellini, Cranberry Sangria and Tropical Citrus Paradis. At the time of the launch, Clark Reinhard, vice president of global innovation for Ocean Spray, explained, "It's like a reward at the end of the day; something to savor and help you unwind."

Another manufacturer has built its line on the cocktail inspiration. Billed as the first premium brand of ready-to-drink nonalcoholic cocktails, the Mocktails brand drinks are designed to be chilled, shaken and poured. Flavors include Vida Loca Margarita, Karma Sucra Cosmopolitan, Sevilla Red Sangria and Scottish Lemonade Whiskey Sour. The drinks are sold in grocery stores and natural foods markets around the country and online.

One can expect the mocktail trend to continue, dovetailing into the broader beverage demand and perhaps opening up possibilities for foodservice at retail, even with a nonalcoholic happy hour. “Beverages account for $1 out of every $5 consumers spend away from home,” points out David Henkes, senior principal at Technomic. “They are a critical part of the overall experience and, because of their central importance, it’s absolutely crucial for restaurant operators and their suppliers to understand how innovation impacts consumer satisfaction.”