Your store might have an outdoor grill where team members can grill up everything from hot dogs to pineapple to entice shoppers drawn to the aroma and taste of grilled foods in the summertime. Or perhaps you have a grocerant with menu items that include grilled foods.

Either way, grilling is top of mind for consumers around the country this month as outdoor grilling season officially kicks off. The meat department isn’t the only area of the grocery store where shoppers can indulge in their taste for grilled foods.

Getting creative with ideas for grilled offerings can involve taking a look at grilling trends and suggestions from the experts. 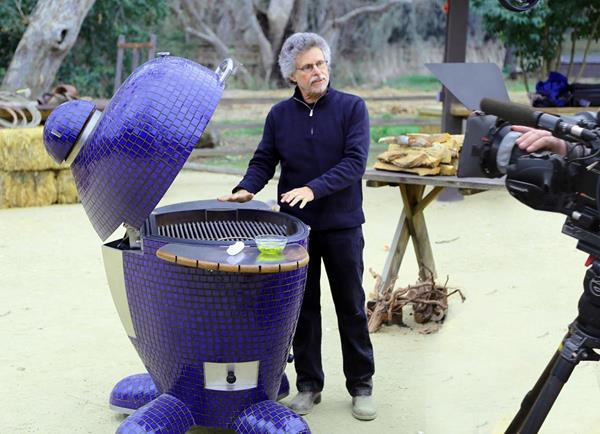 Steven Raichlen seasons the grill grate of a ceramic cooker.

Steven Raichlen, author, TV host and frequent presenter whose latest book is "Project Fire," recently shared his thoughts on the latest trends in barbecue and grilling. Not surprisingly, ethnic flavors and fusions are making their way to gas and charcoal grills as well as smokers; Raichlen dubs it “fusion ‘que,” and cites dishes such as brisket ramen and brisket tacos

He also points to the return of veal, which has been a small part of restaurant menus and meat cases for years, if not decades. Raichlen points out that, thanks in part to ranchers who are raising veal calves more humanely, veal is edging its way back, and it works especially well grilled, such as his grilled veal chops with “smoking” rosemary.

Beyond meat, others have weighed in on what’s hot on the grill. With the rise of plant-based proteins and a move to go meatless at least once in a while, grilled food offerings are open to a host of new possibilities that encompass everything from plant-based burgers to grilled produce such as lettuce or even cucumbers.

Amazon Fresh recently reported that shoppers, at least in the U.K., are increasingly buying vegan burgers for summer barbecues, in line with the overall growing clamor for plant-based proteins.

Grilled fruit, including watermelon, peaches and pineapple, has also been a trend among chefs and cookbook authors lately, which can translate to a foodservice menu at retail.