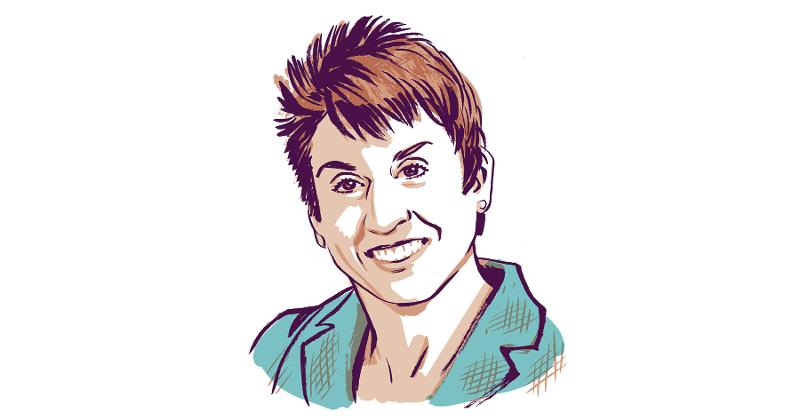 Meg Ham is president of Salisbury, N.C.-based Food Lion, which has more than 1,000 stores in 10 Southeastern and Mid-Atlantic states.

Meg Major: Welcome to Endcap, Meg! One of Food Lion’s most transformative initiatives in recent years has been its chainwide “Easy, Fresh and Affordable ... You Can Count on Food Lion Every Day” brand strategy, which was launched the same year you took the helm as president. What have you learned about yourself and your teams while presiding over this important initiative?

Meg Ham: I have learned that winning is not only contagious, it’s powerful. When you give people a taste, they will move mountains to continue winning. I’ve also learned that we can get a lot done under the umbrella of momentum. Momentum is tangible—you can see it and feel it. Just think about momentum and how it works in sports; it’s the same in business. For me and for our team, succeeding on delivering our strategy is personal. Our name is on it and that makes a difference to us. Because it is personal, we really mean what we say to our customers, and that translates to everyone doing everything possible to deliver on our strategy.

While many retailers recognize their store managers, I’ve always been impressed by the level of importance Food Lion places on its Store Manager of the Year award. What do you consider to be the penultimate traits of an exceptional store leader?

Great store managers can relate to anyone at any time. They can juggle multiple priorities on multiple levels and not drop one and not lose their cool, which means you will never see them without a smile on their face. Great store managers have exceptional standards and they never walk by and leave something that isn’t at standard. They instill that in their team of associates. Exceptional store managers also create an environment of accountability and value where everyone knows what their role is and how it contributes to the total store. Finally, truly outstanding store managers also leverage all of their associates and embrace their diversity with acknowledgement and respect.

Food Lion last year earned top honors in the Social Impact category at the 2019 Loyalty360 Awards for its Food Lion Feeds hunger relief project. What is most significant to you about the initiative, which launched in 2014—the same year you were appointed president—and recently reached its goal of donating 500 million meals 18 months early?

What is most significant about Food Lion Feeds for me is the acknowledgement that hunger is everywhere and that we can make a real difference for people in our communities who are hungry. Food Lion Feeds doesn’t just exist at the corporate level. We gave permission to our associates to make a difference in feeding their neighbors, and they have embraced that and are passionate about it. Seeing moms making hard choices in the lines of our stores and our associates now being able to help—that’s what is meaningful to me.

You were quoted as saying, “I love the people of Food Lion, our heart and our down-to-earth, humble spirit.” What do you believe best define the characteristics of Food Lion’s people’s hearts and humble spirits?

I can define the characteristics of our hearts and humble spirits with one simple word: care. The people who are attracted to Food Lion and who have stayed with us have serving, caring hearts. They really care about what they do and with whom and for whom they do it. They’re good souls—good people. And we’re not too full of ourselves. We know that we’re just like everyone else and that the way to make a difference is to care.

It’s safe to assume your home life, which includes two teenage boys, is extremely lively and equally fulfilling. What traits do you most appreciate about each of your sons?

My oldest son, Colin, is self-assured, self-disciplined and a curious learner. My youngest son, Lleyton, has an open heart, an open mind, a good conscience and is value driven.

We’re both Megs, or more specifically, Margarets. The greatest number of people were given the name Margaret in 1921. Those people are now 98 years old. What do you think about Margaret being ranked among the latest up-and-coming baby names for girls?

That’s interesting. I had no idea the name Margaret was trending again.

Excluding your car and mobile devices, what’s the most useful thing you own?

Sneakers. Going out for a run or a good workout is good for clearing the mind.

What is a valuable piece of advice you’ve been given and by who?

A valued former colleague at Food Lion told me to “trust your gut.”

What is your personal motto?

What leadership trait do you most admire of a past mentor?

I had a past mentor who just let stuff roll off his back. When he set strategy that he knew might raise questions or might have critics, but he knew was the right thing for the brand, he just let the noise roll off his back and, seemingly, not impact him.