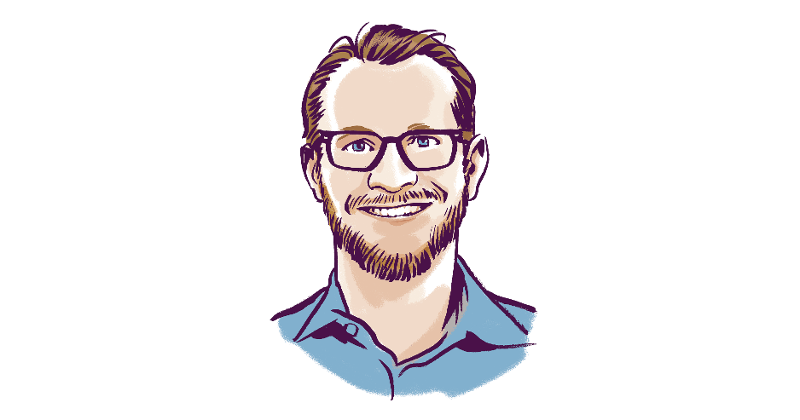 Meg Major: The grocery industry’s status as an essential provider has elevated the role its teams play across the board to serve its neighbors during good times and bad. How are your stores and support teams holding up as COVID-19 continues to linger as the nation’s foremost concern?

Michael Needler Jr.: Our team has been incredibly inspiring. They’ve built so much positive energy around our mission and brand during this time that the communities have really rallied behind our people, who are coming in every single day to make sure that we’re there for them with healthy, wholesome quality food at the time of need. And it’s been very gratifying, because people have really seen the value that we deliver in their communities. It’s been … both exhausting and energizing simultaneously.

Beyond demonstrating your team’s tenacity, do you see a silver lining coming from the devastating effects of the coronavirus?
One of the things that’s interesting about our industry is that food safety and sanitation is deeply woven into the fabric of our industry, generally, and particularly in our company. We focus so much on sanitation and cleaning standards that I think it put us a little bit of a step ahead, so we were prepared to continue to build on keeping the stores extraordinarily clean and sanitized.

Going forward, if we can get our supply chain imbalance restored, I think there will be some very lasting impacts on our industry as a result of this pandemic, which will hopefully be that families are seeing that there’s tremendous value—both financial and intrinsic—with eating meals together. When you look at how affordable you can feed your family at home compared to out of the home, I think many folks will start to realize that it makes good financial sense to eat at home as much as possible. It’s also so rewarding to sit down with the kids and just listen and be present as a family. For right or wrong, this has been one of the most lasting things that will come out of this event.

Personally speaking, taking time to slow down has been the silver lining for me. Spending time with less demanding schedules has given me the opportunity to see real value in what we have and what’s truly important. So hopefully we’re able to take this experience and remember what it’s been like to take a collective pause in our lives. However, in our industry specifically, there hasn’t been a huge pause at all. Obviously, it’s been an acceleration, but another silver lining is seeing how we can do things more efficiently and seeing what our stores are capable of delivering, which is an overall incredible value proposition.

The coronavirus outbreak has obviously forced us to tackle our day-to-day duties and activities in new ways. What has been a new experience you’ve adapted to in the past few weeks?

Working from home. I’m a social leader, and I’m most energized when I’m face to face with my team to collaborate on the solutions we’re looking to achieve. However, I’ve been able to prioritize spending more time in the stores during the pandemic than I otherwise would because I’m oftentimes stuck in meetings rather than in stores under normal circumstances, and it’s been really revealing to see how great our team is doing, along with the areas that we can improve from a support and administrative capacity to help make their jobs better and easier. Spending more time in stores is also hopefully reinforcing to our teams that I’m right there with them, shoulder to shoulder, delivering on the mission.

You were once quoted as saying you “have the obligation to care about my associates first and my customers alongside of them.” What galvanized this philosophy?

My father was a leader that emphasized the “resident president” philosophy and believed in a decentralized model. So from a young age, I always heard about his belief in empowering his team and the importance it plays as a strategic differentiator. One of our core values is appreciation, and I truly believe that a culture of appreciation will carry a company so much further than almost any other attribute. I know our team on any given day is delivering extraordinary efforts for the communities and for one another, and the positive things that we are doing will fuel our future.

We’ve been really blessed. Most of our stores are in rural communities, with the exception of Indianapolis and Cincinnati, so we’ve had a little more time to prepare for COVID-19 than many. In addition, Ohio Gov. Mike DeWine was among the first to respond to the outbreak with respect to social distancing. Consequently, Ohio led the way with efforts very early, which has been very effective in helping our state maintain a greater distance from some of the danger that we were facing. And consequently, our team and our communities have been very fortunate when compared to other hot spots in the country.

I’ve got a friend in the governor’s office who shared with me early on the modeling that they were doing and what that looked like if we didn’t act sooner rather than later. And I don’t think that much of the country was looking at it that way fast enough, but it’s been very revealing on what we can do to positively impact and safeguard our community. I’ll admit that I initially wasn’t sure it was necessary to abruptly close things down so early on, or what to even make of it, or if it was really something that was going to have such a negative and sweeping impact—I don’t think anyone did. But our state leadership team really took a lead position and convinced us that we needed to do the hard things quickly, which was shut down the economy for a short period of time for everybody’s benefit. And so far, it’s been very impactful in a good way.

During the early part of the week that DeWine issued the state of emergency executive order (March 9), we had still planned on attending meetings in Orlando, Fla. But by the end of the week, we had voted to cancel all meetings and trips. Everything changed so rapidly in terms of the data that we were being given, which led us to start making decisions much earlier than many. We began looking at our strategic inventory positions in the event of supply chain challenges, and we began building duplicity and logistics to the best extent available for reserves on inventory. But ultimately, there wasn’t much we could do to keep up with the surging demand.

You joined Fresh Encounter in August 2009 after spending five years in banking and capital markets in Los Angeles. What was the most valuable skill you acquired from your banking days when returning to the grocery business?

My training in finance gave me some tools to find ways to make difficult situations financially sustainable for the future. So when I came into the business in 2009, that required a certain level of resilience because we were coming out of the Great Recession and we had to restructure our company a couple of different ways and a couple of different times to overcome what I believed was a diseconomy of scale. We were almost too big to be really lean and mean but not quite big enough to get all of the benefits of scale. So we needed to figure out how to extract scale out of our organization. There’s a couple of ways of doing that, but I chose the way of growth. Since coming back in 2009 and taking over the leadership of the company shortly thereafter, we’ve doubled the company two different times in size.

My finance training also helped with creative financing structures and looking for opportunities to deploy an organizational turnaround. When you look at what we’ve done with acquiring three great organizations in our region—Chief Supermarkets, Remke and a portion of Marsh stores—all the heritage of these great employees have been invaluable in helping to position us for the long term. I’ve called on a lot of my financial and deal-making background to enable us to get to the spot where we are today.

Which words or phrases do you most overuse?

I’d like to think of it as words I most frequently use, which are positive, appreciative and resilient (our core values), and delight, nourish and inspire (our mission). I use these words in virtually everything that I say.

Do you believe in fate?

No. I believe in resilience and tenacity.

Waffle making for my four children.

What is something that you believe is true that some people would disagree with you about?

The independent grocer has a bright future.

Name one person you admire and tell us in one sentence why.

My grandfather, Carroll Cheek. He was a highly successful and driven man who fought for our freedom in World War II, blazed entrepreneurial trails, acted generously, was very gracious through his philanthropic efforts, and had a strong focus on his family.

What’s the fastest speed you’ve ever driven in a car?

What do you envision is the best thing you could tell me a year from now?

Be present and make space for what is most important.