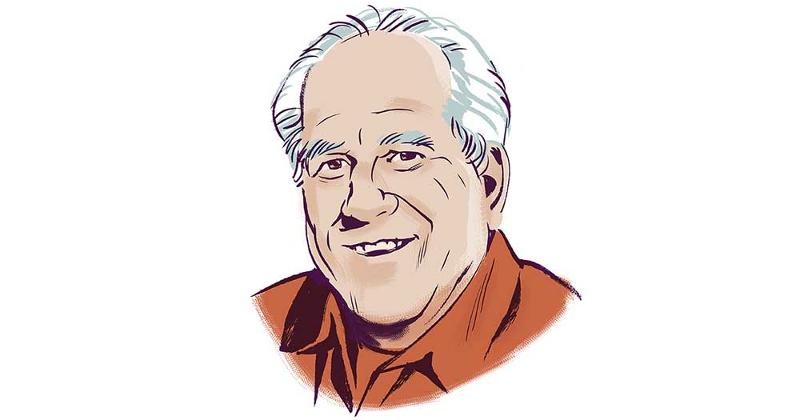 “Jungle” Jim Bonaminio is founder and CEO of Jungle Jim’s International Market, which has two stores in Cincinnati and Fairfield, Ohio.

Meg Major: It’s a pleasure to welcome you to Endcap, Jungle. Long before grocery stores were being urged to enhance the in-store experience and showcase theater, you were visionary of both. What galvanized your inspiration for your iconoclastic approach to food retailing?

“Jungle” Jim Bonaminio: I did some crazy things along the way, but it’s always just been the way my mind works.

As one of the most fiercely independent retailers on the planet, your “foodieland” stores are unambiguous labors of love that embody the top traits of a visionary entrepreneur. Looking back on your journey, which trait do you feel has served you best, and why?

The love of the game is by far the most important thing. It’s certainly not the money—which is the byproduct of loving the game. When I played baseball [at Miami University in Oxford, Ohio, where he attended on a scholarship to play], we had a pretty good team, and one year whipped our opponents something like 11-1. We’re driving back on the bus, and everybody is all rah-rah, cheering and full of themselves. I spoke up and said, “I’d rather lose to the top-notch team by two than beat a weak team by 10.” I’ve always liked going up against the big boys.

I recall visiting your Fairfield store early in my career and remember thinking that without your uncanny curator skills, Jungle Jim’s would cease to be. Is this a fair assessment?

That’s exactly right. I don’t want to bust anybody’s bubble, but I’m a businessman. Food just happens to be my commodity. I hire people who have a passion, and then we build it. I’m also a marketer who looks for ways to make selling the most basic of things fun, like the crazy wine store I built. I don’t know one wine from the next, but I added my craziness to it, and what do you know? I'm probably one of the biggest sellers of wine and beer in Ohio and the surrounding states.

Your stores’ vast array of international foods, which include about 50,000 products from 75 countries, seem to fly in the face of your unabashed “non-foodie” reputation. What led you to feature international foods so prominently?

I’ve always pursued challenges. After having had success selling produce, deli and other traditional grocery products, I wanted to know what else was out there that was more challenging, and where could I get burned? There’s not a lot of action in selling the same things everyone else is selling. In the early days of my little produce market, I had an Asian clerk whom I challenged to show me what other vegetables he thought we should sell besides the “usuals” like celery, carrots, broccoli and Brussels sprouts. He said bok choy and asked for a 5-foot section. I told him to go for it and see what happened. That was my introduction to Asian vegetables. The same thing happened with Indian food, and all of my countries, for that matter.

As Jungle Jim’s approaches its 45th year anniversary, is there anything you might have done differently if given a chance?

I should have gone into the real estate business instead of the grocery business. Had I done so, you’d be talking to me right now on my private jet while I’m getting my toenails done.

You were quoted as saying, “We’re always trying to make Jungle Jim’s better ... so I’m always striving, and I’ll probably die trying. I’m always thinking about the future.” What has been most on your mind at the start of 2019?

Two things, the first of which I thought I would never, ever say, which is that the IT department is probably one of the biggest—if not the biggest—areas independent grocers can no longer overlook. You can’t be in a fight without giving yourself the best chance of staying in the ring. The second thing is: If anybody in the grocery business has a crazy idea that’s falling on deaf ears, gimme a call.

What’s your favorite day of the week?

Monday, because I’m off on Sundays and it drives me crazy not to work.

To be young, single and in college again.

Name one person you admire and why.

Margaret Thatcher. She was the Iron Lady of Britain and a fantastic leader.

Do you believe in fate?

100%. I’m also a big believer in persistence. When you are so persistent at something and keep hitting the wall and hitting the wall and the wall keeps refusing to move, it can be as frustrating as hell. But it’s that one time where you back off, and you sit there and you look at the wall and question if it’s worth hitting it one more time. And for the people who get up and hit it one extra time, the wall suddenly comes down.