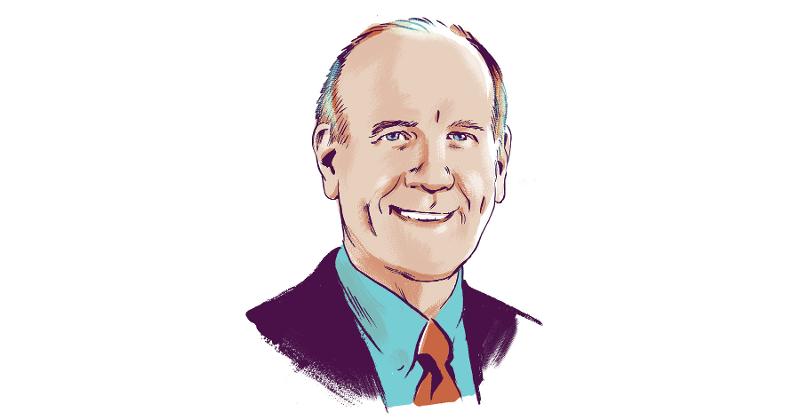 Steve Smith is president and CEO of K-VA-T Food Stores, which operates 131 locations primarily under the Food City banner in Kentucky, Virginia, Tennessee and Georgia.

WGB: Welcome to Endcap, Steve. You followed in your father’s footsteps as a second-generation grocer. Do you have any regrets?

Steve Smith: Absolutely none whatsoever. To have a chance to work with my father for 27 years as I did is a unique and wonderful experience. It was not without some challenging times along the way, but I absolutely wouldn’t trade what I’ve done for any other profession in the world. It’s a great industry, with great people, and I couldn’t be happier to be able to see our company grow and progress the way it has. It makes me proud of our company and our people.

When asked about your early years in the grocery business after graduating college, you were quoted as saying “I fell in love with it.” What was it that captured your heart early on, and how have your feelings evolved?

SS: I fell in love with the people part of it. I worked for a wonderful boss when I first started—Claude Varney—who was probably the best people-person I’ve ever known in my life. He taught me the art of what he used to call “human chess”: how to put the right people in the right jobs in to help make the most of their skills and talents. I just really love our associates and our customers; I also like dealing with the vendors and manufacturers, so the entire people part still has great appeal to me.

You father’s decision in the early 1980s to create an employee stock ownership plan (ESOP) has since enabled Food City associates to own 13% of the business. Are there any downsides of an ESOP?

SS: I wouldn’t necessarily call it a downside, but like any kind of retirement plan, there’s a lot of record-keeping involved. We also spend a lot of time visiting our stores and meeting with our associates to help them understand the way our profit-sharing program works, how their ownership in the company works and how it differentiates us.

Your advocacy of the grocery industry throughout the years is unmistakable, as is your stellar record as a regional business leader. What do you count as being among the most rewarding aspects of your legacy of service to both the industry and your community?

SS: The thing I’ve enjoyed about serving both, but particularly the industry, is the many wonderful and smart people that I’ve learned from along the way. When you get involved in industry affairs, you represent an industry that is the foundation of the livelihoods of hundreds of thousands of people who work in our stores, offices and warehouses, so I take the success of our industry, as well as its outlook, very seriously. And I think that’s why everyone should be involved in any way they can in order to help put the grocery industry in the best light possible—not only to attract good people, but to make sure it’s a sustainable industry for years to come.

Food City has become synonymous with NASCAR racing in your home turf as the corporate sponsor of two of the sport’s most popular races: the Food City 500 and Food City 300 at Bristol Motor Speedway. Given your connections to the sport, what lessons have you learned from NASCAR and auto racing?

SS: We just reupped our agreement for three more years with Bristol Motor Speedway, which will take us through 30 years. We’re one of the two longest-running sponsors of cup racing—second only to Coca-Cola—and I think the most important lesson I’ve learned from NASCAR is to remain progressive by adopting and investing in new things while not alienating your base. NASCAR kind of lost its way for a time because they forgot about who their fans were. They tried to broaden their audience but did so at the expense of the core fan base. And as we go forward in our stores and our industry, it will of course be important to embrace technology and deliver what the next generation of customers want. But we will also need to be sensitive to the customers that we have by not completely turning the shopping experience upside down for them.

Which words or phrases do you most overuse?

I’m a forgiveness guy. And I like forgiving people, too.

What is your personal motto?

If you’re going to do a job, do it the right way, and do it your best. Every. Day.