A new format in grocery retail is emerging: the 50,000 square foot convenience store. Its value proposition to customers is simple: higher quality perishables and ready-to-eat items than your typical grocery store. Thousands of the same center-store products you can also find at Walmart, Target, Amazon, Costco and Sam’s Club. Everything at higher prices. Added bonus: since the store is 10x to 20x bigger than your typical c-store, you can get your steps in and burn calories at the same time.

The reality is that this is not a new format—rather the customer-led repurposing of a familiar one: the traditional, regional grocery store. This finding comes from a follow-up analysis of data collected for the recent 2019 Grocery Retailer Preference Index report, a report which identified winners and losers among the 56 largest retailers in the U.S. Grocery Retail Industry. In this follow-up analysis, we examined the types of trips people took (e.g. bigger vs. smaller) to each retailer, as well as the categories they bought (e.g. produce, ready-to-eat or paper products). The findings cast further light on the problems faced by traditional grocers in an evolving grocery landscape that has seen national mass, club, drug, dollar, convenience and digital players invest more in the grocery game the past few decades.

Certain channels lend themselves to certain destination types. Specialty grocers like Trader Joe’s or Sprouts, with fewer SKUs and smaller formats than the traditional grocer, tend to fall in the “Perishable and ready-to-eat small basket” destination type. Club and mass are non-perishable stock-up destination. Drug, dollar and digital in non-perishable small basket. C-stores in quick and convenient meals. However, many traditional grocers have an identity crisis. Only 6 in ten are seen primarily as “all around grocery shop” destinations, despite all of them carrying the full complement of SKUs. 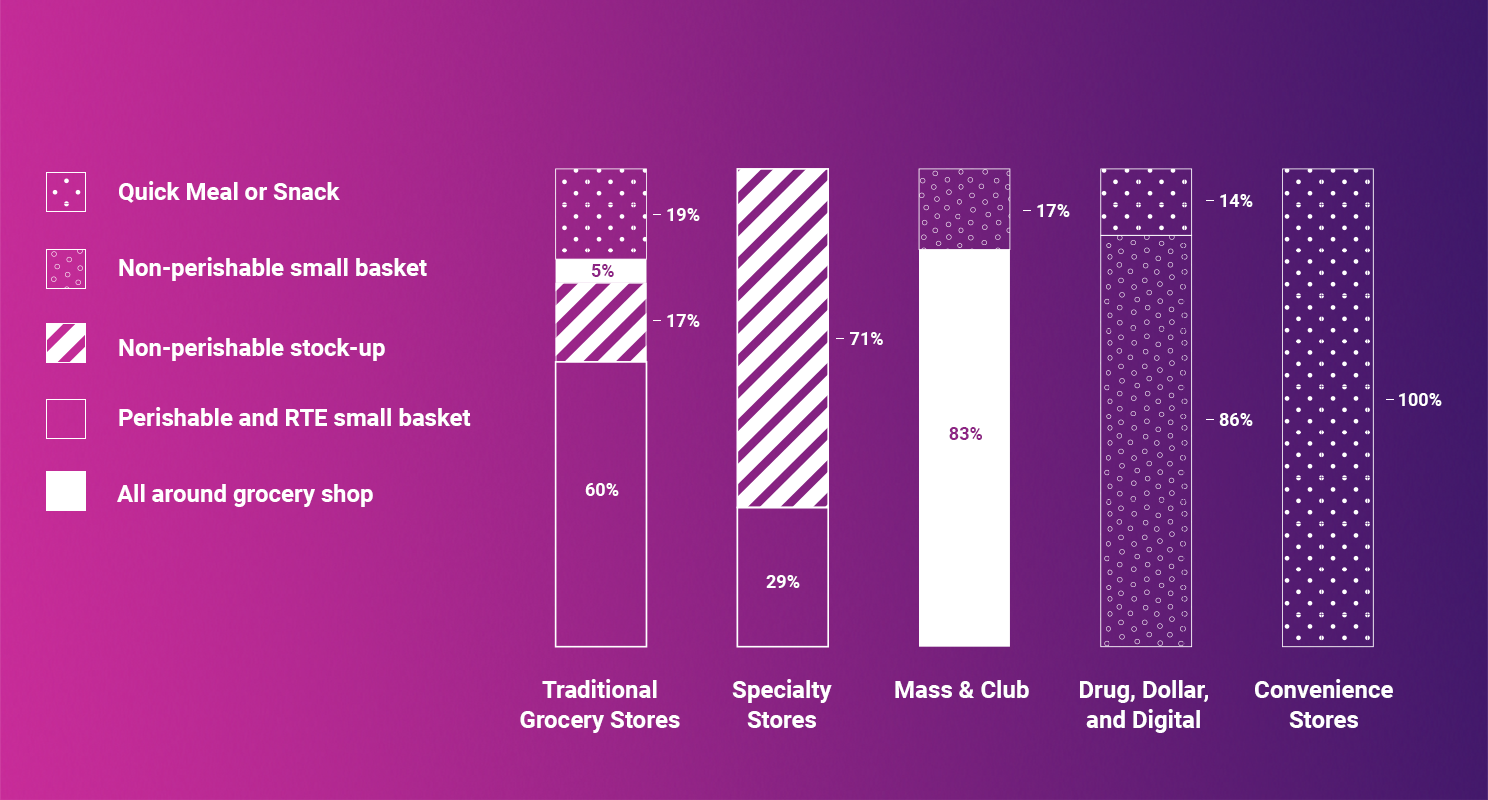 In other words, almost half of traditional grocery stores are shopped more like a
convenience and specialty store than like a store with 10-20x more products than that. At best, categories beyond perishable and RTE food are typically an afterthought and only shopped in a pinch. At worst, those categories are bypassed completely by shoppers, who instead buy the same products for cheaper at widely available mass, club, digital, dollar or drug channels.

So, what can traditional grocers who are not being viewed as an all-around grocery shop do about it?

According to an analysis of customer needs gathered from a survey sent to 7,000 shoppers in the U.S., if traditional grocers want to ensure they’ll be an all-around grocery shop, they need to ensure some key ingredients are in place: 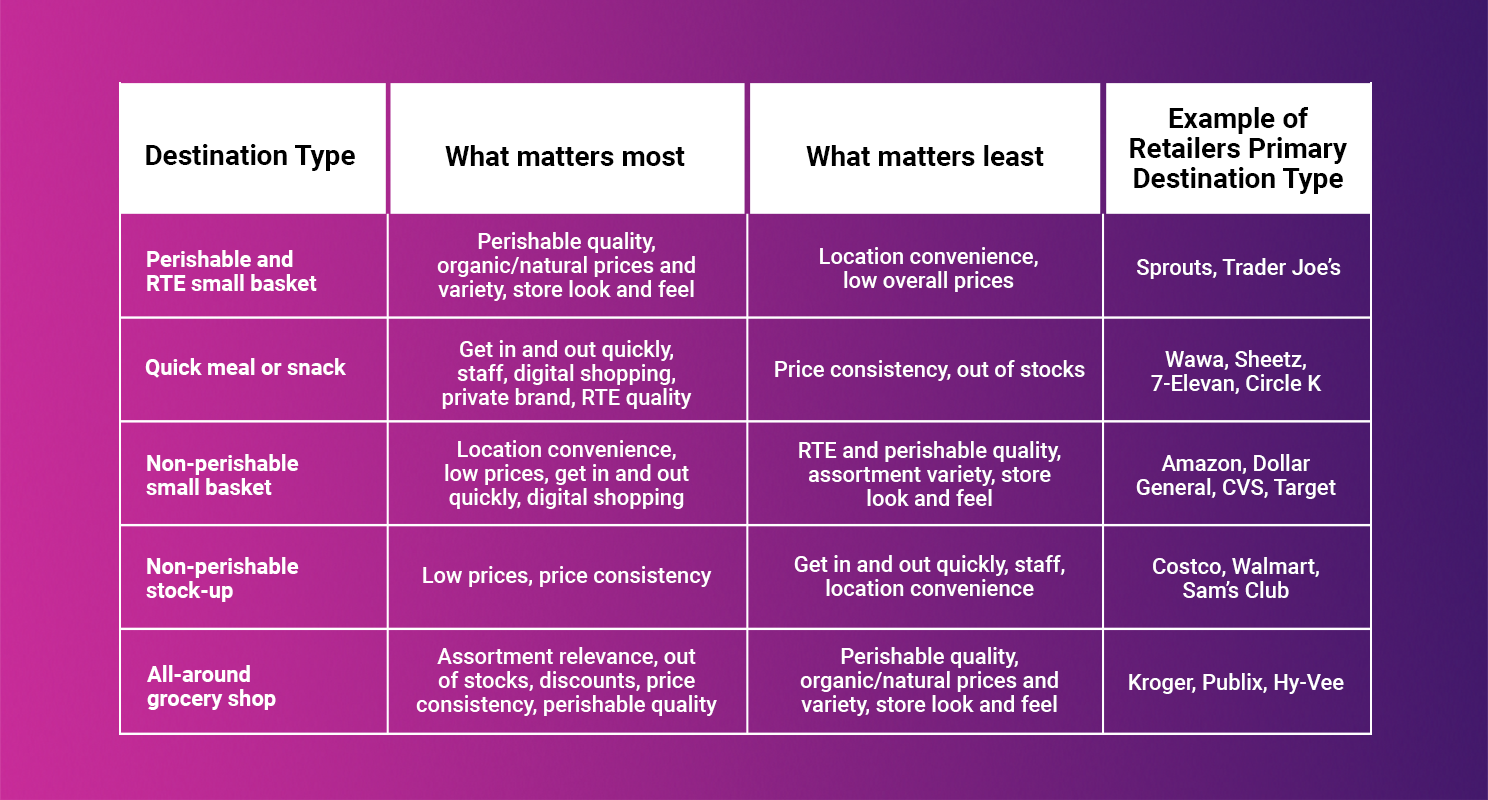 So, the call to action is clear: before overinvesting on any shiny new toys, like eCommerce or technology to speed up checkout, get back to your roots and make sure you’re offering the right prices on the right products.