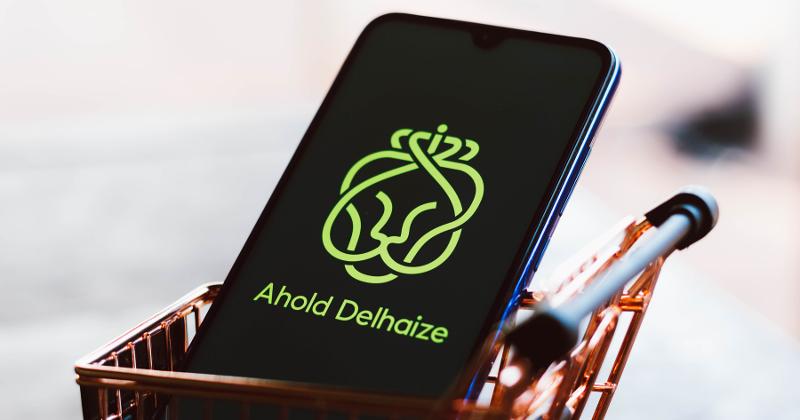 Ahold Delhaize will “double down” on four priorities with an emphasis on digital investment and the environment between now and 2025, President and CEO Frans Muller said, outlining the next chapter for the Dutch company’s Leading Together strategy at its 2021 Investor Day earlier this week.

“Our Leading Together strategy has proven to be strong in recent years and is a great foundation as we head into the future,” said Muller, who identified the four priorities as: serve customers through deeper digital relationships across its omnichannel Customer Value Proposition; accelerate development of investments in omnichannel capabilities; lead the transformation into a healthy and sustainable food retail system; and leverage the portfolio to create the “ultimate ecosystem for smarter local customer journeys.”

Knowing that its value- and convenience-seeking customers also want personalization and the ability to shop whenever and wherever they want, Ahold says it plans to invest in tailored customer experiences and premium subscription memberships. To make this shopping experience a reality, the company will accelerate its investments in building scalable and repeatable operational capabilities, with a sharper focus on digital, online, data and automation.

The company, which recently reported that its net U.S. sales in the fiscal third quarter 2021 totaled $13.55 billion, predicts this sharper focus on digital and automation will accelerate net sales growth with 10 billion euros in incremental sales from 2023 to 2025. Net consumer online sales are expected to double between 2021 and 2025. In addition, Ahold Delhaize says it plans to have e-commerce profitable on a fully allocated basis by 2025

“To support these plans, the company will increase investment levels from 3% to 3.5% per annum to fuel growth,” said Natalie Knight, CFO, Ahold Delhaize, in an Investor Day statement. “As part of our planning toward 2025, we are committing to even more ambitious Save for Our Customers targets—4 billion euros by 2025. We will also use our knowledge and experience to make e-commerce profitable by 2025, and I am pleased to announce a planned 1 billion euro share buyback for 2022.”

In 2019, Ahold Delhaize USA launched its supply chain transformation, focused on bringing back its supply chain as it builds out its omnichannel network and adding new facilities in key geographies. As part of its supply chain goals, Ahold plans to establish one of the largest supply chain networks on the East Coast. Scheduled for completion in April 2024, the integrated self-distribution network will be comprised of 26 facilities.

“With these changes, Ahold Delhaize USA will have full control of its supply chain and an optimized network at scale, which enables the local brands to better serve their customers, allows Ahold Delhaize USA to continue to invest in automation and digital capabilities to lower costs to serve, and ultimately enables direct to customer relationships as part of its omnichannel network,” said Kevin Holt, CEO, Ahold Delhaize USA.

The company has realized the benefits of such a network in the New York metro area, where its Stop & Shop and Fresh Direct banners, along with their partners, have formed “an ecosystem to deliver fresh and healthy food wherever, however and whenever New Yorkers wish to shop,” says Ahold Delhaize.

One of its four areas of focus—a sustainable retail food system—is also key to Ahold’s future plans. The company announced ambitious environmental goals, such as committing to reach net-zero carbon emissions across its own operations no later than 2040 and to becoming a net-zero business across its entire supply chain, products and services by 2050.

Ahold has joined the Business Ambition for 1.5°C, a global coalition of U.N. agencies, business and industry leaders, in partnership with the Science Based Targets initiative (SBTi) and the U.N. led campaign Race to Zero. The company says this and other ESG metrics will play an important role in its executive incentive programs moving forward, supporting increased transparency.

“We realize that these are ambitious targets which require a lot of work over the coming years,” said Muller. “But most importantly, we are confident that these and the other targets included in today’s strategy update are achievable because of our highly engaged and committed associates.”

An IPO for bol.com

Ahold Delhaize, which bought the online European retailer bol.com in 2012 for 350 million euros and has watched the retail tech platform grow exponentially in the last 10 years, announced it is exploring a subsidiary IPO (sub-IPO) for bol.com. The sub-IPO is expected to happen in the second half of 2022, subject to multiple internal and external factors, including market conditions.