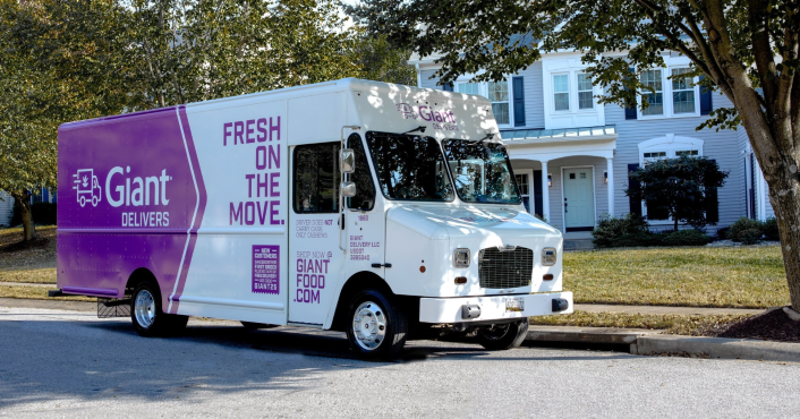 Ahold Delhaize reported that U.S. comp sales (excluding gas) were up 2.9% in the company's third fiscal quarter of 2021, returning to positive territory after slipping 1.5% in the second fiscal quarter. On a two-year stack, U.S. comp sales were up 15.3%; European comp sales for the Netherlands-based retailer were up 7.3%. Net U.S. sales in the third quarter totaled $13.55 billion.

In addition, Ahold Delhaize President and CEO Frans Muller said that Giant Food, based in Landover, Md., soon will launch an online marketplace, Ship2Me, that will add approximately 40,000 general-merchandise and food items to the brand's online assortment. More details are expected to be released during the company's Investor Day on Nov. 15.

"We continue to solidify our position as an industry-leading local omnichannel retailer by executing our strategy to improve supply chain, advance omnichannel offerings and enhance omnichannel productivity," Muller said in a statement. He cited the opening of an automation-heavy e-commerce fulfillment center for Carlisle, Pa.-based The Giant Co. in Philadelphia earlier this week as evidence of the company's productivity progress.

Muller added that the company has achieved self-distribution for 65% of its U.S. center-store volume and remains on schedule with its $480 billion move to become a fully self-distributed network in 2023.

Underlying operating margin in the U.S. was 4.8% for the quarter, down 0.2 percentage points from the year-ago period, which had benefited from "unusually low shrink levels" and a favorable sales mix related to pandemic-driven demand surges.

Still, Ahold Delhaize raised its group-wide outlook for underlying operating margin to approximately 4.4% from approximately 4.3%, with the company seeing itself buoyed by more than €750 million (more than $861 million USD) in cost savings that Ahold said largely offsetting COVID-19-related cost pressures. Underlying EPS growth is now expected to be in the low- to mid-20s on a two-year stack, up from a previous outlook in the high teens.