A day after workers returned to New England Stop & Shop stores following a 10-day strike, officials of parent company Ahold Delhaize revealed the dispute had cost more than $200 million in sales and about $100 million in profits, but maintained they were pleased with the terms of the proposed settlement and determined to find ways to meet its financial goals for the year.

Five locals of the United Food and Commercial Workers (UFCW) union representing 31,000 workers at Stop & Shop stores in Massachusetts, Connecticut and Rhode Island walked off the job April 11 and returned April 22 after negotiators agreed to a tentative new deal. The agreement is still subject to ratification votes by the five locals.

In a conference call updating the financial impacts of the strike, Ahold Delhaize officials revealed that strike-related costs would impact underlying profits by $90 million to $110 million, and that the company lost sales of about 200 million euros, or about $224 million. Those costs were higher than most analysts had expected, primarily because the strike interfered with business during the heavy shopping week ahead of the Easter and Passover holidays.

CEO Frans Muller described the strike as “an unfortunate and unusual situation” that took the company by surprise given historically good relations with union labor. 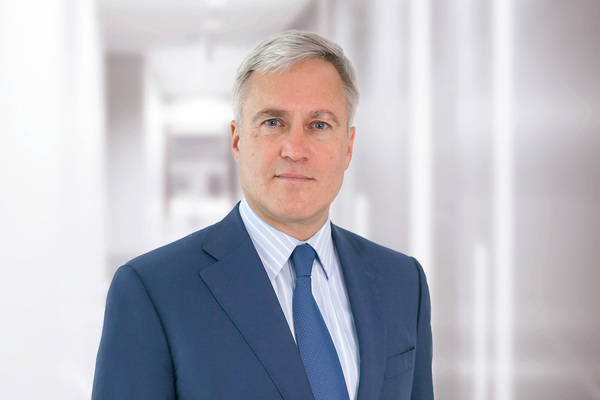 “In all the years with Stop & Shop in the last 25 years, we’ve done a very good negotiation process and a fruitful process with the unions,” Muller said. “So it’s very unfortunate that this happened, this big strike impact. At the same time, we feel that we have a fair and responsible tentative agreement with the unions, which we are pleased with. And of course, we're extremely pleased also that our associates went back to work and that we can service our customers again.”

Jeff Carr, Ahold Delhaize’s chief financial officer, estimated the one-off impact on underlying operating profit would result from lower sales, increased shrink of seasonal and perishable inventory and additional supply chain costs. As a consequence, the company now anticipates underlying operating margin for 2019 to be slightly lower than 2018. The company also said its percentage growth of underlying earnings per share in 2019 was revised from high single digits to low single digits.

Cash flow of about 1.8 billion euros for full-year 2019 is unchanged, Carr said, reflecting continued business strength of its other U.S. and European brands and a plan to mitigate the strike related losses by adjusting working capital.

“Obviously we have to find mitigations in the business in order to maintain the cash flow guidance as unchanged,” Carr said. He said this would likely include taking “small amounts” from other planned investments. “For a business of our size … it should be something within our capabilities to do,” he said. “That's the challenge that we’ve set ourselves.”

Officials did not address specifics of the proposed contracts, saying they would provide additional detail, including the degree to which the settlement inflates costs, after the contracts are approved. Ahold Delhaize will report quarterly financial results on May 8.

Under questioning as to the strike’s indirect costs, Muller cautioned one analyst not to make assumptions based on the media reports. “What else I can tell you is that both for ourselves and for the unions, that has been a fair and responsible agreement," he said.