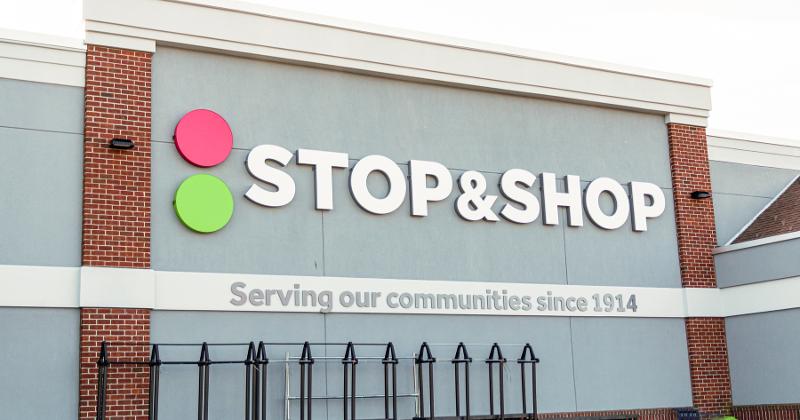 The 3.6% quarterly U.S. sales gain and 1.7% non-fuel comparable-store figures were lifted by a 188.3% increase in online sales, and by the addition of new stores to Food Lion, the acquisition of the New York-based e-commerce brand FreshDirect, and better results from repositioned Stop & Shop stores, officials said. On a two-year stack—a figure that officials said normalizes last year’s extraordinary effects and presents a clearer picture of underlying progress—quarterly comps were up by 15.5%, a sequential improvement from the same trend in the fourth quarter.

“We’ve been able to retain a strong level of underlying consumer demand by continuing to adapt to the enduring consumer behavior changes,” Frans Muller, CEO of the Dutch-based parent of the Stop & Shop, Hannaford, Food Lion, Giant Co. and Giant Food brands said, according to a Sentieo transcript. “These behaviors include increased working from home, preference for healthy and fresh products and, of course, higher online demand.”

U.S. sales in the first three months of the year totaled $12.9 billion, of which $1 billion were online sales. That reflects increased rollout of click-and-collect capabilities at stores and the early January addition of FreshDirect. Excluding FreshDirect, online sales in the period would have increased by 135.2%.

U.S. operating margin of 4.8% in the quarter dipped by 1.8% year over year, due mainly to COVID-aided stock-ups and early effects of the lockdown, which last March triggered a 33.8% non-fuel comp increase—but hadn’t yet accompanied the heavy costs for worker bonus pay and safety initiatives that followed.

Officials in the conference call were decidedly upbeat, raising its fiscal-year guidance for companywide earnings-per-share growth vs. 2019 to the low to mid-teens from a previous expectation of mid- to high single-digit improvement. This reflects planned cost savings of approximately 750 million euros that will help to offset the impact of increased online sales penetration. Previous guidance for 4% operating margins and capital expenditures remain unchanged, although officials now say they expect U.S. e-commerce sales to grow by 70% this year, vs. a previous target of 60% growth.

Officials in the conference call expressed confidence that inflation would be manageable, saying they would weigh manufacturer price increases against its own analysis of the input factors and pass along higher prices to consumers when justified—a process Muller described as “routine” in any environment and something he said would provide an advantage for its shoppers. While current indications point to potentially dramatic inflation later this year as suppliers absorb rising input, raw material and freight costs, inflation in the Northeast U.S., where Ahold Delhaize does the majority of its U.S. sales, is currently a manageable 2.5%, Muller said.

“When we talk with vendors about price increases, we have a shoot cost model very firmly in place,” Muller said. “We have a whole team of economists looking at the prices for raw materials, for packaging, for energy, for labor, for transportation and so on. And that shoot cost model should protect us from not accepting illegitimate pricing. So we protect it very well.

He added: “We have to see how [inflation] develops in the coming quarters. If it’s legitimate price increases, then, of course, we have the intention to pass that on to consumers, but I think retailers are a good protection for consumers to avoid price inflation as much as possible.”

The ongoing move to fully self-distribute in the U.S.—the company has so far gained back control of two of the six warehouses moving from third-party to company control—will also be an ally as Ahold Delhaize confronts rising prices, said Chief Financial Officer Natalie Knight said.

“By the end of the year, we’re going to have 65% of our costs that we are able to negotiate directly ourselves,” she said. “In a period where we need to get our supply chain more aligned in an omnichannel world, that’s important. And at a time where inflation is an issue, it means we have more in our own control.”

Food Lion is leading the company’s share gain, based on that brand’s successful brand repositioning, its position in fast-growing Southeast markets, and on new-store additions—the 62 Bi-Lo stores it acquired from Southeastern Grocers and subsequently reopened as Food Lions, and another nine former Bi-Los it subsequently acquired last month.

The newly launched “Reimagine” program to rebrand and remodel stores at Stop & Shop, is helping to “stabilize” performance at Ahold Delhaize’s largest U.S. brand. That program will have come to 60 stores by the end of the year as part of a five-year program to remodel all 408 of its units in “clusters”—similar to the way Muller led the repositioning at Food Lion when he led Delhaize.

Muller said the remodeling program—which includes a move to gain penetration in prepared foods and meals, emphasize fresh produce and introduce sharper pricing and new merchandising in center store—has been “tweaked” considerably from the initial units rolled out in Connecticut and some parts of Long Island.

“Under the leadership of [Stop & Shop President] Gordon Reid, we did a very good analysis on the first two batches in Connecticut and Long Island, and we learned a lot there,” he said. “We’re very happy what we see now with the pro forma performance on those next remodelings. And we tweaked, indeed. We tweaked on digital in the stores, on the fresh side, on the service deli departments, the counters for fresh and buffet. We tweaked a lot there. And we also found a smarter model of how to induce customers for center store and promotional levels.”

The company’s newest U.S. brand, FreshDirect, had a “robust” quarter, Muller added. Muller said he was in New York to visit with the company two weeks ago—a trip presumably related in part to last week’s announced resignation of FreshDirect’s co-founder and CEO, David McInerney—and said he was impressed with its delivery performance metrics, high customer loyalty and sales mix.

“They have very high fulfillment performance levels on on-time complete orders and super-high level of freshness in the proposition—60% of the total sales is fresh,” Muller noted. “I think it’s a great addition to us where we can learn from. And on the other hand, of course, we would like to make sure that we also share group-wide learnings with them as well, when we talk about things like marketing, digital, e-commerce and these type of areas.”