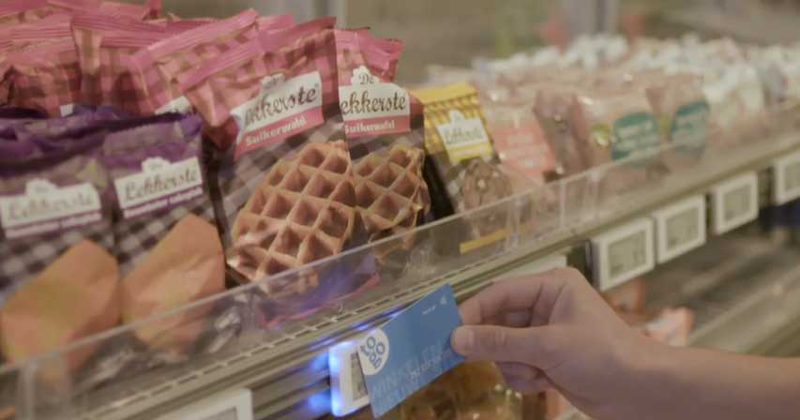 Ahold Delhaize’s checkout free technology, known as “tap to go,” is rolling out at all of its Albert Heijn To Go convenience stores in the Netherlands.

The “tap to go” technology allows shoppers to pay for purchases by tapping a shelf tag with a mobile phone application or a card. The system automatically debits a customer’s associated bank account for the purchase price of the scanned item after 10 minutes.

The first two checkout-free stores are in the Amsterdam Medical Center, while a third location is scheduled to open at Amsterdam’s central train station in the coming weeks. The Netherlands-based company said it would roll out the technology to all of its 80 Albert Heijn To Go convenience stores, making it available for thousands of customers each day.

The rollout comes as a number of retailers test faster and more convenient payment and checkout options, including Amazon Go and Fairway Market.

“This is absolutely a milestone for us,” said Jan-Willem Dockheer, general manager of Albert Heijn To Go. “We want to offer our customers plenty of choice, quality and convenience anytime and anywhere. With ‘tap to go,' we really bring that convenience to the next level. Who waits in a line for fun?”

In the first phase of the rollout, customers can tap with the card or an Android phone; other operating systems such as iOS and Windows will follow later.

The 2020 Trends, According to Chefs