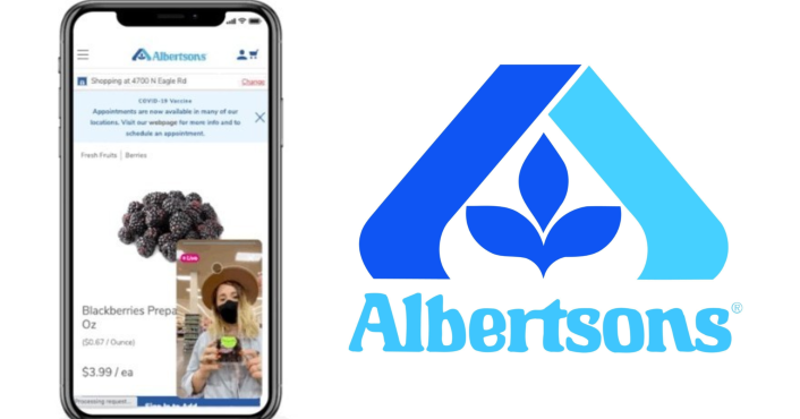 Albertsons Cos. will add short-form and livestreamed videos to its banner stores' websites as part of a new partnership with Firework, the video platform announced Wednesday.

Redwood City, Calif.-based Firework, which bills itself as a "shoppertainment" specialist, will work with Albertsons on a three-phase deployment that will start with the debut of cooking videos and other short, TikTok-like video content on Albertsons store websites. Swipeable functionality will let customers shopping online from Vons, Safeway, Jewel-Osco and other Albertsons Cos. banners build their baskets and learn more about featured products from the videos.

Firework touts the wealth of data that retailers can glean from consumers who interact with the videos, allowing grocers to better personalize the offers they serve. "Firework also gives retailers the opportunity to sell 'digital shelf space' to brands they carry in the form of video ad placement, providing additional sources of revenue," the company stated in a news release.

Albertsons Chief Customer and Digital Officer Chris Rupp, who spoke with WGB Executive Editor Jon Springer in a Q&A at the Groceryshop conference in Las Vegas earlier this week, said in a statement that the partnership represented another step in Albertsons' effort to redefine customer engagement in grocery. "This isn't just about creating new ways to feature our products," she said. "This is about bringing delight and inspiration to digital shopping to make online experiences as fun as discovering new products in our stores."

Firework's platform, Rupp added, "[recreates] the sense of freshness, discovery and community that you previously could only find within our stores, all using the video and livestream formats that our digital shoppers love most."